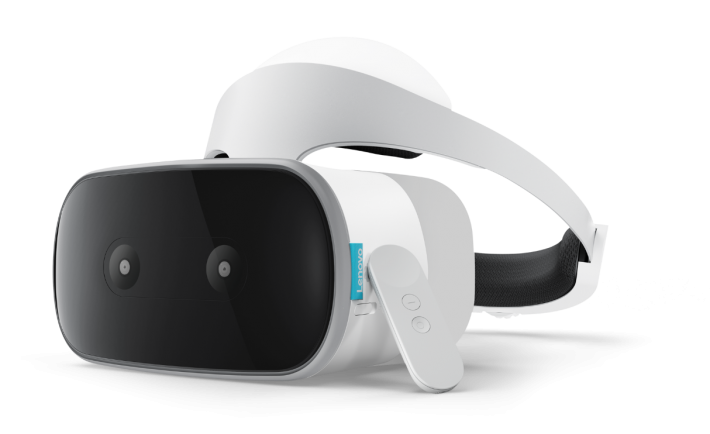 Although we are likely to see incremental improvements to many popular VR headsets over the next twelve months, it appears some of the biggest VR news in 2018 may be focused on entirely new headsets from popular and less prominent manufacturers alike. Following is a summary of four pending devices that we feel are the most anticipated new headsets that will be released this year.

Having set a new funding record on Kickstarter for a VR project, the Pimax 8K appears ever-closer to winding up on the heads of its backers. The headset — the first to provide 8K resolution — is scheduled for release sometime this month.

However, the device does seem to be facing some headwinds. Some reviews coming of CES suggest visual glitches and a relatively evident “screen door” effect still to be worked out. Moreover, with Pimax not being one of the leading VR manufacturers, it remains to be seen if they can eke out extensive software/content support for their platform.

Long rumored and finally officially announced at CES, this headset from the very familiar tech name, Lenovo, will be released sometime in Q2 this year. The content and software side of this headset is obviously in good shape, given that it is built upon the Google Daydream platform. And, being an all-in-one solution that does not use a connected computer, the headset is of course completely wireless.

Speaking of independent wireless platforms, one of the biggest names in VR have two competing headsets in the pipeline that could quite directly challenge Lenovo’s newest entry.

The Oculus Go, arriving early this year, is being marketed as an ultra-affordable, all-in-one VR solution. While it may not match the performance specs of higher-end tethered (and untethered) VR devices, it may prove to be a device that brings VR to the masses given its low $199 US MSRP base price. The company is already touting the availability of over 1,000 games for the platform, in addition to a range of other VR-enabled apps and content experiences.

Although it’s not clear at what price point nor at what time Oculus plans to make their upcoming Santa Cruz available, this system may fit an interesting niche for those looking for “something more” than offered by the lower-spec Oculus Go but not willing to invest in a higher-end, computer-connected (even if wireless) headset.