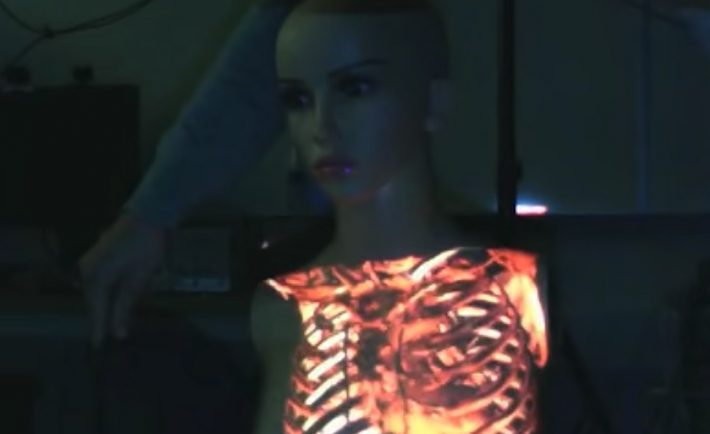 Students in Edmonton, Alberta, Canada are refining a new technology that allows clinicians to see inside a patient’s body using augmented reality.

The system, named ProjectDR, has functionality reminiscent of fictional “x-ray goggles,” given its ability to overlay medical images onto a patient’s body while properly adjusting those images when a patient moves.

The technology, which consists of infrared cameras and markers placed on the patient’s body as well as a projector, is being co-developed by graduate students Ian Watts and Michael Feist at the University of Alberta.

Proposed uses of ProjectDR span a wide range of education, therapeutic, and medical applications. Pilot studies in chiropractic and physical therapy settings are already underway, and deployment in a surgical simulation laboratory is also likely in the near future.

The system has also been shown to a wider academic audience, having been presented at last November’s Virtual Reality Software and Technology Symposium in Sweden.

A video demonstration of the system can be seen below.