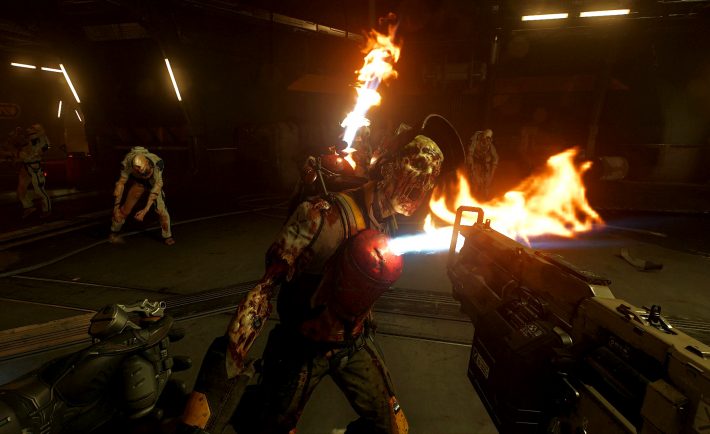 Gaming studio Bethesda this week released a patch for Doom VFR which adds official support for Windows Mixed Reality headsets. While it has been reported that many gamers were already successfully using MR headsets to play Doom VFR, official support should help solve any challenges in getting the game running and any glitches within its environment.

The patch also added several new features, including smooth locomotion control and movement speed options, a weapon pitch option to adjust weapon angles, various features related to controllers, a fix to a discoloring issue seen on some platforms, and various other bug fixes.

Deployment of the patch occurred on Tuesday.