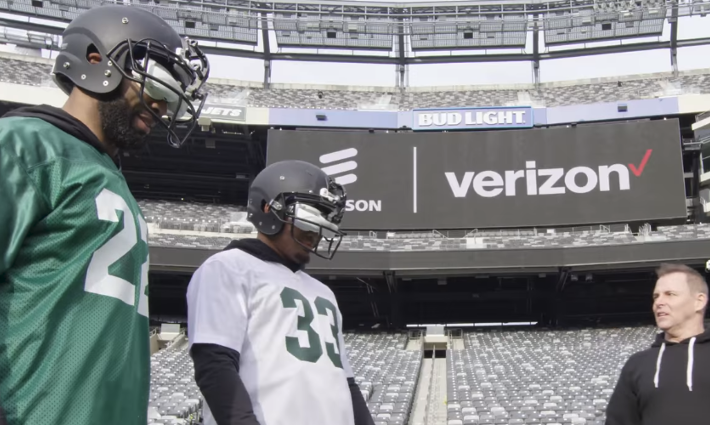 Time’s arrow never stops marching forward, and neither does technological advancements. Verizon has pushed the envelope at the Super Bowl, mixing “5G” mobile network alongside VR to do some pretty incredible things, even by 2018 standards.

What is 5G and what is it capable of?

5G, as its name implies, is the 5th generation of mobile network technologies. While 4G offers speeds comparable to modern home Internet connections, 5G offers speeds and latencies equal to or better than these connections. Once it actually enters the market, different networks will have different performance under 5G. However, this should lead to across-the-board improvements in mobile network performance.

Verizon’s actions and their implications

Using a combination of 5G and VR headsets, Verizon was able to prove that its 5G technology was low-latency enough to allow football players to play, using these headsets, in real time. The headsets blocked their vision and streamed real-time video over Verizon’s 5G network. While this video was monochrome and there was certainly some latency at play, it was still low-latency enough for both players to quickly and accurately throw a ball back and forth.

For a mobile network, that’s nuts. What this proof-of-concept means is that VR may one day not even be tied to home networks.

During the Super Bowl itself, Verizon set up a 5G network in the stadium and streamed 3D, HD, live video of the game over their network. Spectators were also able to watch high-resolution instant highlights over the course of the game.

While this experiment proves that low-latency VR experiences streamed over a mobile network are possible, we need to remember that for the time being this was just a test, performed under ideal conditions. And that consumers may not have the same experience should 5G be introduced in the marketplace.