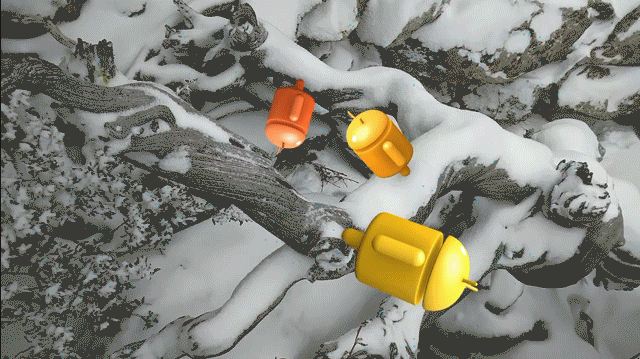 2017 has been a busy one for VR/AR teams at Google, with company’s continued push into the space with Google Cardboard, AR for Pixel phones and, most recently, ARCore framework.

The latter was announced mid-2017, and after all of this time in development, ARCore is finally ready to start shipping to developers and manufacturers. The framework will allow developers to more easily develop augmented reality applications for supported Android phones. While Google seems to want to make ARCore near-universal, there’s a fair chance that it will only launch for a select few devices for the time being, with the Pixel and Galaxy series being a safe bet for this.

If all of this sounds familiar, it may be because Apple is making similar moves with its ARKit suite, which allows for easier development of AR applications for Apple devices, and has hit the news a few times, including a recent story on Apple’s collaboration with BMW.

Both Apple and Google are in pursuit of dominance not only in the smartphone business, but augmented reality as well. The release of ARCore for Android devices will spur AR development on Android, and with any luck, we’ll start seeing more great AR apps on our devices. Stay tuned to VR World for more VR/AR news that come out of the Mobile World Congress starting today.