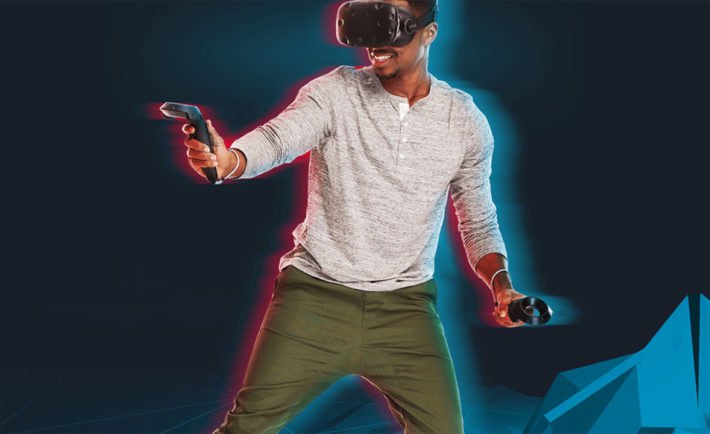 Today in stories you might’ve missed, we’ll be covering stories that broke from March 1st to March 8th that we didn’t cover in their own articles. Big names like HTC and Intel made headlines this week, and even a Kickstarter project called CLOVR got a day in the limelight as well. To find out why, keep reading!

Cher Wang, founder and CEO of HTC, believes that 5G networks can turn any entry-level VR device into something comparable to an HTC Vive. Considering HTC’s authority in VR- especially with their aforementioned Vive headsets- this claim has some heft behind it, and with the way that Cher explains it, this claim actually seems viable.

Interestingly, there’s already a few examples of real-time VR being done over 5G networks. Look no further than Verizon for a proof-of-concept here and start wondering: how far off are we from having these technologies in human hands?

Intel is a big name in hardware, especially PC hardware. On March 6th, they showed off a demonstration of their Intel Arena Project, which allows users to stand in the middle of a massive, realistic stadium in VR. Alongside this demonstration, Intel also released the software used to create it and documentation of their development process in order to help developers make their own comparable experiences.

The CLOVR project wants to bring all PC games into VR

One of the most interesting stories to come out of early March was the CLOVR project on Kickstarter. CLOVR functions as a mobile app that allows users to play VR games off of their PC, with one catch:

It should be capable of providing a 3DOF VR experience with any game that the PC is capable of running. The specifics of the tech and how exactly it’s meant to work isn’t totally clear, but there are examples of wireless VR and smartphones used for PC VR that make this sound like a viable product. At the time of writing, there are still 32 days remaining on this Kickstarter project- click here if you’re interested in funding it.