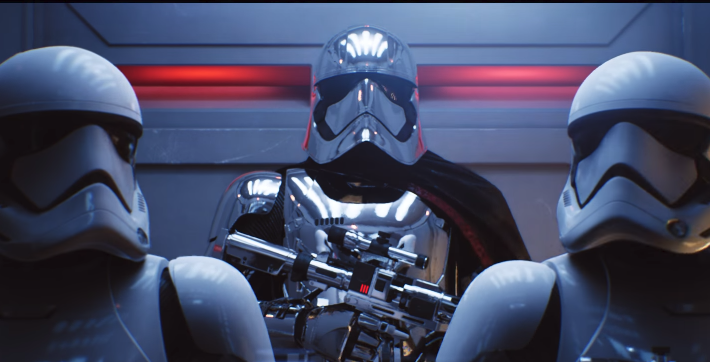 In this Stories You Might’ve Missed segment, we’ll be covering the final week of March, from the 25th to 31st. Quite a few interesting stories broke in this time, so buckle up while we run you through them.

(Also, Skyrim VR launched for PC yesterday if you’re interested in checking it out.)

If the video above looks visually-pleasing, get this: it’s rendered in real-time. Visuals like this used to take hours, if not days, to render. So how is this possible?

Through a technology called real-time ray-tracing. Nvidia is pushing real-time ray-tracing for its next-generation Volta GPUs, and this Unreal Engine demo was created as a demonstration of what the tech could be capable of. While this is…somewhat unlikely to run on an actual consumer-level Volta GPU, the fact that consumers will be receiving even a stripped-down version of the GPU that pulled this off bodes well for the future of graphical fidelity and VR.

Aside from the big ray-tracing story, Google was making waves at the 2018 Game Developer’s Conference this year. They did so by announcing that they would be providing their Google Maps and ARCore APIs to all developers, which is going to make the development of mobile AR games easier than ever. Think Pokémon Go, but now imagine what would happen if everyone had access to the technology that made that possible.

While developers will still have to do the heavy lifting involved in coding, making assets for and maintaining their own games, Google has provided a great starting point for the next generation of independently-developed mobile AR titles. More details are available in RoadToVR’s story below.