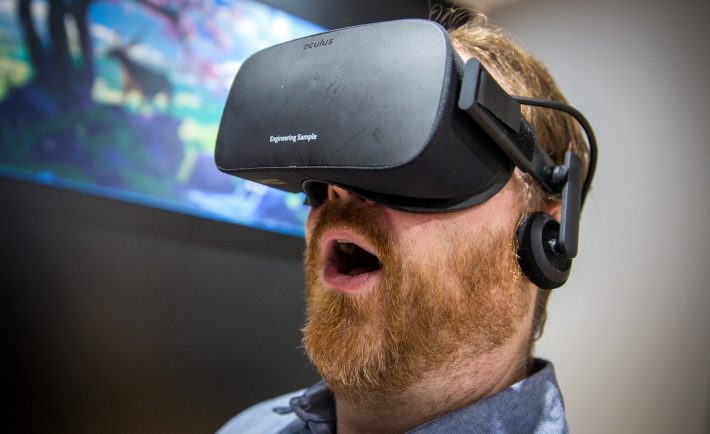 You probably don’t need us to tell you that VR is the bandwagon worth jumping on for those publicly traded companies wanting to make a tidy profit. Firstly, because you already know that, but secondly because you’ve already likely seen a number of businesses making their move into the VR arena.

VR is certainly the next big thing when it comes to entertainment and, while not strictly mainstream yet, it is well worth keeping an eye on a number of firms in the stocks and shares as they tunnel deeper into the market.

The likes of Facebook, Alphabet and Sony are all investing billions in virtual reality, while software providers in the gaming industry.

Playtech are also making moves with VR and have several offerings including VR Roulette, and VR Shoot. Both experiences tailored to offer enjoyable experiences that could be placed in casino or land-based gaming establishments. The additional features are aiming to give the user a more lifelike and full online gambling experience.

With such a widespread variety of businesses investing in VR it seems only a matter of time before it hits the mainstream and is a piece of kit that becomes the norm.

As the technology quickly evolves, companies are snapping up VR startups in a quest to be at the very top of the market. ValueSetters have recently bought out SpaceoutVR in their mission to add virtual reality to their existing gaming opportunities, including an online chess game, while Amazon have teamed up with Fidelity Investments to explore VR in a more professional capacity.

The pair believe services such as financial advice can be given via a virtual reality appointment, something they demonstrated just a few days ago. For Amazon, it was a chance to flex their muscles and encourage other services and business sectors to consider them for similar opportunities.

Either way, it won’t have done their stocks any harm. It’s perhaps Facebook however that would be the biggest winner if VR was truly to hit the mainstream. They of course bought Oculus back in 2014 to become the technology’s major player and will release a mass market $199 Oculus Go in 2019, which could be the big move to blow up the VR market.

Activision Blizzard could also have a big 2019. They’re currently keeping their developments under wraps, but a VR opportunity with the likes of Call of Duty and other key games such as World of Warcraft could be huge for the brand and it seems very likely something will be on the horizon with those titles.

It’ll be interesting to see how public traded companies look to release their developments. At the moment it’s almost a fairly cagey affair, with none wanting to quite go first. Facebook’s first move with Oculus Rift didn’t quite hit the mass market, meaning a cheaper alternative will have to be on the cards for it to really kick off.

What is happening though is plenty of investment across all industries, from the casino industry, to console gaming and even day to day business.