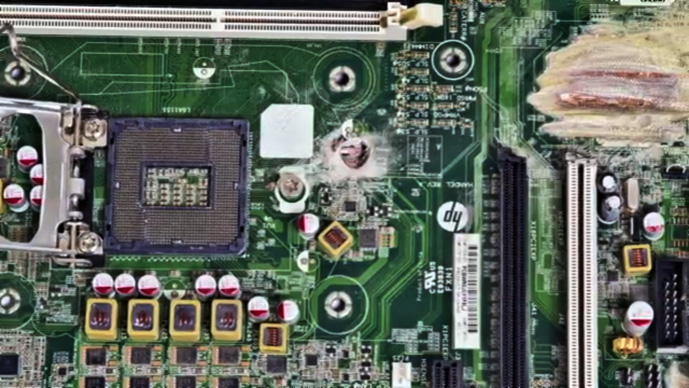 Now, we are all very interested in the world of teardowns like the ones posted of new hardware on iFixit. But the teardown that occurred back in 2013 in the basement of The Guardian in London was nothing short of horrific. The backstory to this ‘teardown’ was that the Prime Minister had ordered through the Home Secretary via the GCHQ that the Snowden Files be destroyed. This ordered had been carried out by the Home Secretary and GCHQ even though their Editor-in-Chief, Alan Rusbridger, had already indicated that the files still existed elsewhere in the world. They proceeded to force the journalists to comply or else they would be tried in court.

The journalists and GCHQ agents that had arrived to supervise the event went down to the basement and took grinders to the computer components that they had ripped out of their Macs and PCs. We have taken the liberty of screenshotting the process and labeling certain components if they are mangled beyond recognition. All of these images were taken from The Guardian’s video detailing the destruction process and more. Unfortunately, we can’t embed the video since their website does not allow for that, so if you want to watch it you’ll have to head on over to that link. 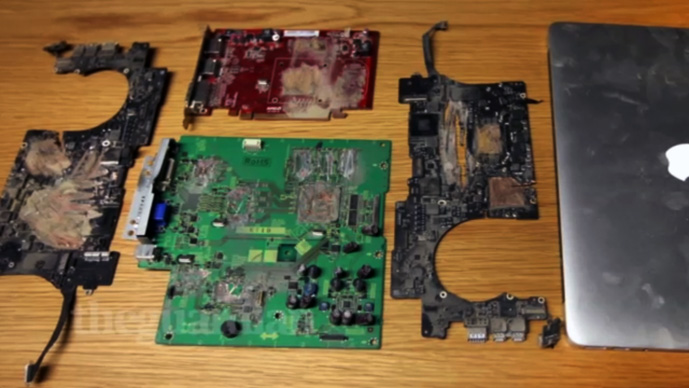 Above we have what looks like the internals of two Macbooks and part of a PC’s internal and discrete GPU. As you can tell, they had them grind both the CPU and GPU on the Macbooks all the way down to the copper. They did the same with the GPU on the PC’s daughterboard and on the AMD discrete GPU card. All logic and memory was completely destroyed. 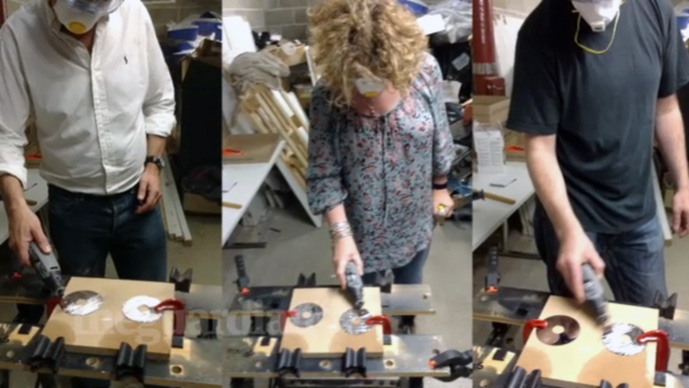 Here we have the journalists being forced to take dremel tools to their hard drive platters and PCBs. 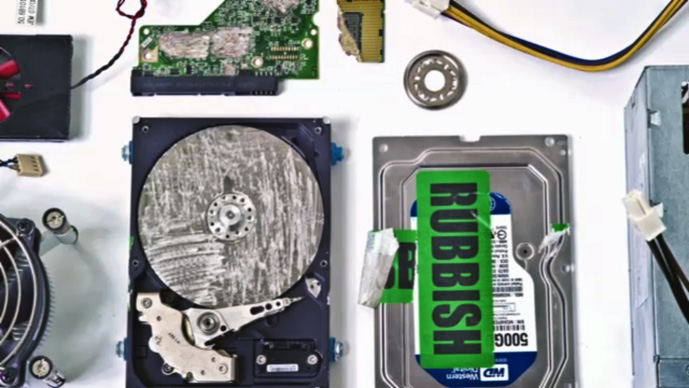 Here is the aftermath of those dremel tools and grinders.

Below, we have what appear to be the full contents of a PC that was torn down and destroyed. We’ve labelled the different parts of the computer so you can get an idea of what was lost/destroyed. The most horrific thing to me was the fact that GCHQ made them completely destroy the CPU and cut it in half. They didn’t even force that with the hard disk platters. You can also tell that on the RAM they forced them to grind off every single memory chip in order to make sure that nothing could be saved. 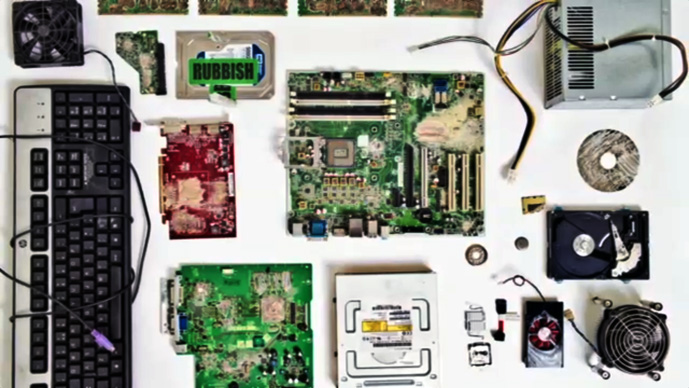 This is a very sad commentary on what the government is capable of without the proper checks and balances and what we could possibly have waiting for us if we don’t take these challenges to our privacy and safety seriously. The GCHQ and the entire chain of command above them clearly overstepped their power and if you want to see more about this incident, we recommend you watch the video from where these stills were pulled. It is a good video and only available on the Guardian’s site (they clearly don’t want to give up the hits).