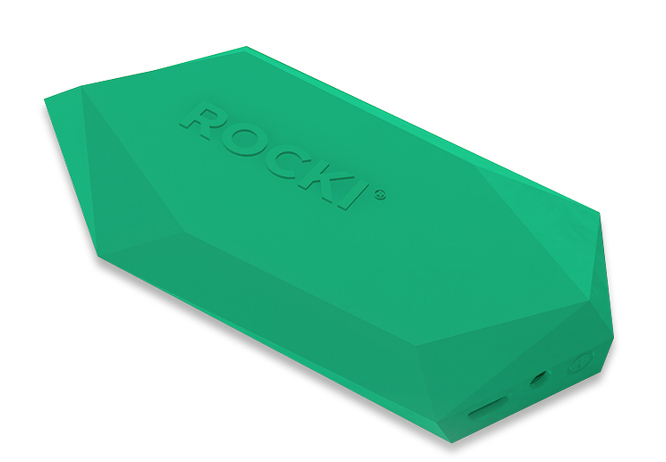 This is a follow-up to The ROCKI ROAD series Part 1 – Life After Kickstarter Shall Begin at CES, published on the day ROCKI’s Kickstarter closed successfully on December 20th, 2013. The intention was to blog about the ups and downs of start-up life as it happens. A glimpse into ROCKI making its transition from Kickstarter to a start-up with the ambition to be a major technology company, grabbing the opportunity to change the world of music and technology.

Running a successful project is one thing and running a successful company is another. Will ROCKI be a one hit wonder? Or is there more in its DNA that will propel it into a major company? That was and still is the intention of this series.

Where we left off in Part 1 was how ROCKI was going to handle CES 2014 (6 Jan) fresh from Kickstarter (20 Dec), as the pre-startup new kid on the block. About 2 weeks to plan and implement. Actually less, since there’s Christmas and New Year holidays in between. As we head towards Las Vegas, I wrote Part 2 on the plane, with a sense of satisfaction that the team including the designers, app developers, even the companies producing marketing stuff – Drukwerkdeal and Pro-Merchandise thanks!! – all came through when others turned us down. Everyone worked through the holidays to get everything ready, and here we are on the plane equipped with our tools to take on CES and the world. A state of anticipation mixed with excitement and nervousness.

Will the press who said they’ll come see us actually show up? What will they think of ROCKI? Will they write about it? It is afterall the first time ROCKI is presented publicly.

I was actually quite happy with what I wrote in Part 2, including the small details of making sure that we thank the marketing material producers by mentioning them in the article (carried forward the “thank you”s here above). And also happy that Part 2 is just 2 weeks after Part 1 which is great timing. After proof-reading it a couple of times, I decided it was done, and put my computer in the seat pocket – and sigh, that’s where it stayed. Life tends to throw a curve ball when you least expected it, isn’t it? That’s where the story for this Part 3 begins. Yes, long story short, the computer together with Part 2 is lost, and not found.

I never recovered from that in terms of writing, until today. On hindsight, like any loss big or small, I went through the 5 stages of grieving : denial & isolation (pretending it’s ok), anger (why was I so careless), bargaining (if only I had…), depression (well, this loss is not so serious as to cause depression, but certainly created a negative association with writing) and finally acceptance.

Every start-up is filled with successes and losses. Each loss hits home because passion is one of the biggest asset of any start-up. It’s a double-edged sword – that passion drives success but also hurts with losses. Perhaps the loss of a client, loss of an opportunity, loss of an accelerator application – some loss will hit harder than others. What’s important is to remember how to recover, how to find yourself. Acknowledging and working through the 5 stages of loss is a good start. The start-up (entrepreneur and team) who is able to heal every wound faster and better would be stronger.

Admittedly, the loss of the computer and an episode of THE ROCKI ROAD is not a loss of big magnitude. It is a good example of how EVERY loss, big or small, has the 5 stages of healing. Remember to heal.

So what happened at CES 2014? Luckily we intentionally arrived 2 days before our press event Digital Experience by Pepcom. That gave time to absorb unplanned surprises. While we’ve done many events before this, separately as well as together (the 2 founders Nick and Dennis), it is our first ROCKI event and with new team members. Arriving 2 days early meant, we had ample time to prepare, buy some stuff that we forgot, (and deal with denial of the computer/story loss), enabling us to roll into the event on very calm and relaxed mood.

By now you might already have seen some of the press reports – ROCKI was showered with love. Engadget (thanks) and The Verge (thanks) both dashed to ROCKI’s demo table once the doors opened, and both published their ROCKI coverage immediately, within minutes of each other. A barrage of media coverage of ROCKI followed during CES and the next couple of weeks. A big thanks goes out to all the journalists who made the effort to check out ROCKI. 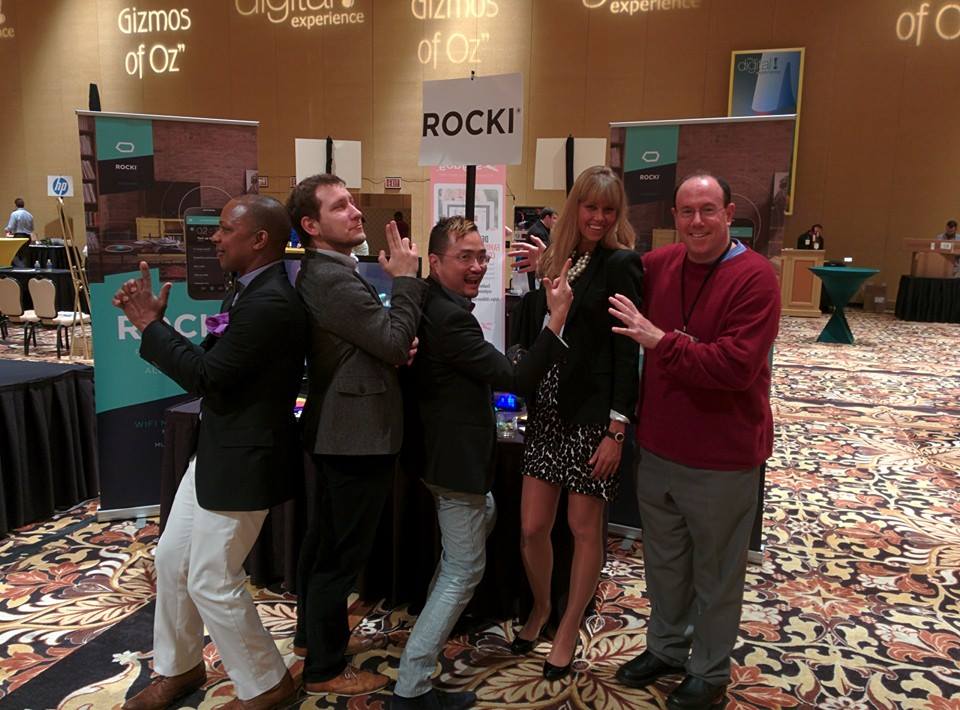 The rest of the CES week, the team was dashing and hopping through every hotel on The Strip with meetings after meetings, demoing ROCKI with our mobile speakers on coffee tables, lounge chairs, lobby – there was no place where we couldn’t meet-up and demo. So the plan (as a start-up) to go mobile, meeting people where they are worked out very well. The enthusiasm from the media on Day #1 was followed very well with enthusiasm from potential partners, including some very good and respectable names among them.

And to wrap up an amazing CES week, a message came in from a friend with a link on Techradar : Have you seen this – CES 2014 Best Audio Accessory : ROCKI. Thank you.

After CES, most of the time and energy was spent on the unglamorous tasks of focusing on production and getting ROCKI PLAY shipped to backers. With Chinese New Year at the end of January, the production schedule and preparations took a break. We made use of the time and did a press and music partners tour in New York and San Francisco, meeting up some awesome people from press and music. The musicians’ input on how they see and expect from technology was very refreshing. We’ve incorporated the mindset in our development planning and I’m sure we will all benefit from it. Because stripped to the basics, it’s not about streaming, it’s not about the speakers, it’s about the music.

While the trip was very fruitful (including a chance encounter with Sylvester Stalline – yes Rocky Balboa, the man himself), our minds were still preoccupied with that task of getting the ROCKI PLAY’s shipping. In the swirl of travelling, meeting schedule and obsession to get ROCKI PLAY shipping, we (and I) have lost our way in communications and messaging – the writing and the mingling on social media that has been a signature of ROCKI and myself.

When did I find myself and my writing pen again? Crowdsourcing Week Global in Singapore. 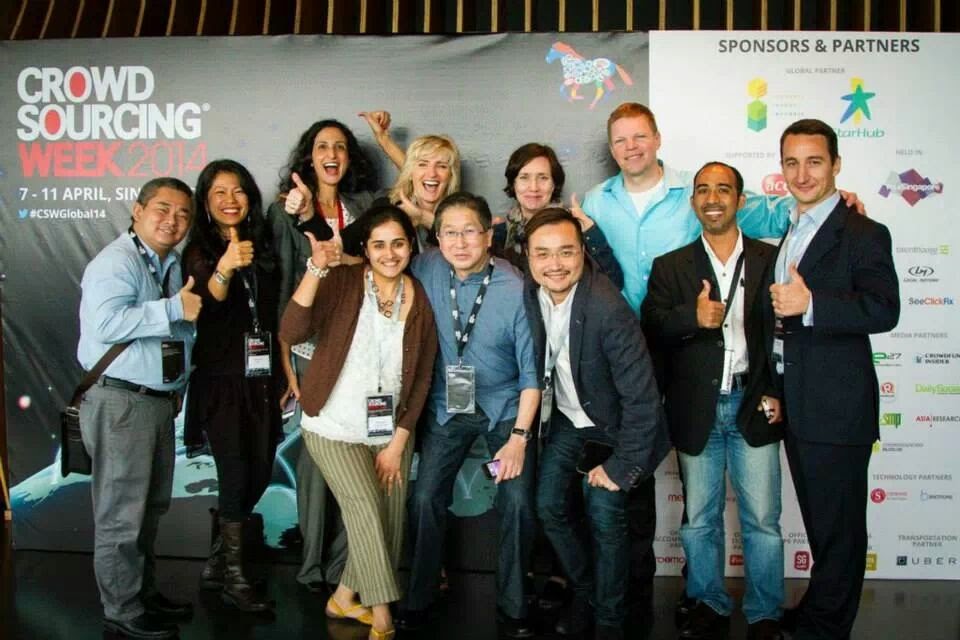 I was invited to speak at Crowdsourcing Week Global way back in January. I gladly accepted it without much thought as I firmly believe in paying forward. The crowd community gave ROCKI its life, from development to Kickstarter. It’s natural then to “pay it forward” by sharing the first hand experience with everyone. Little did I know that the Crowdsourcing Week Global is actually supercharged with over 50+ speakers from every corner of the earth, every sector of business and every walk of life – all prominent leaders in their fields. Kudos to Epi Ludvik Nejaj and team for the great job. I sat and tweeted through the speeches – learnt a lot and emerged with a new perspective towards Crowd (People). 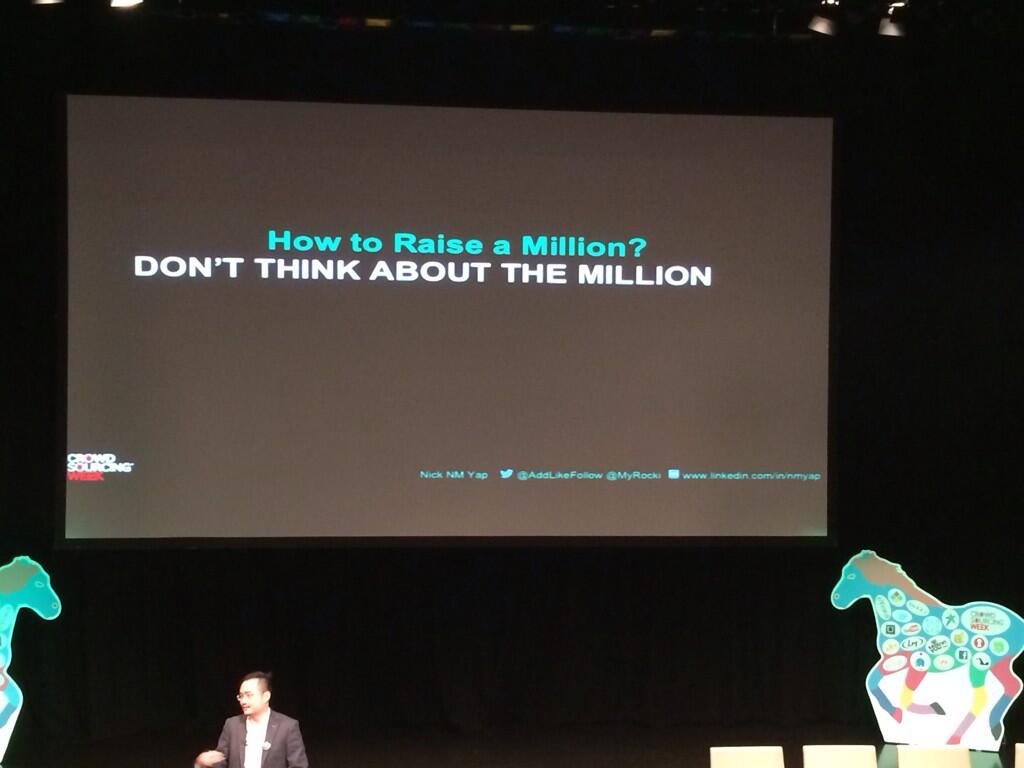 How to Raise a Million Dollars on Kickstarter

Thankfully, my speech about “How To Raise A Million Dollars on Kickstarter” (by not thinking about the Million) was rather well received. Being the last speaker in the week, I’ve had the chance to see how great all the speakers are. And knowing that my presentation is a little bit off the beaten track, it was quite unnerving – especially since I’m speaking from a first hand experience perspective rather than that of a professional crowdfunder. The nerves showed through including a “false start” as I headed to the stage way before my turn lol. Nerves or no nerves, the show must go on, I went through my speech, including some planned crowd interaction, and then racing through the second part of the presentation as time ran out (you can see from THE ROCKI ROAD that I do have the natural born inclination to rattle on in a one thing leads to another type of rolling story hehe). Something must have hit a chord, as questions followed beyond the session. The response from fellow speakers has also been very encouraging. I’ve since accepted 3 Mentorships and 1 Advisory Position, and also agreed on 1 collaboration. Great Crowdsourcing Week Global!!

But it isn’t via this new found speaking confidence that I found my lost self. It’s one particular speech, one particular person – I’m very sure everyone at the conference would agree the most inspirational speech of the Crowdsourcing Week Global – “Insights from a Homeless Guy” by Mark Philpott. Mark was a successful corporate management executive (Aerospace Strategic Development Director, DHL Asia Pacific) when he gave up his executive position and perks, sold everything to begin a homeless life in January 2013. 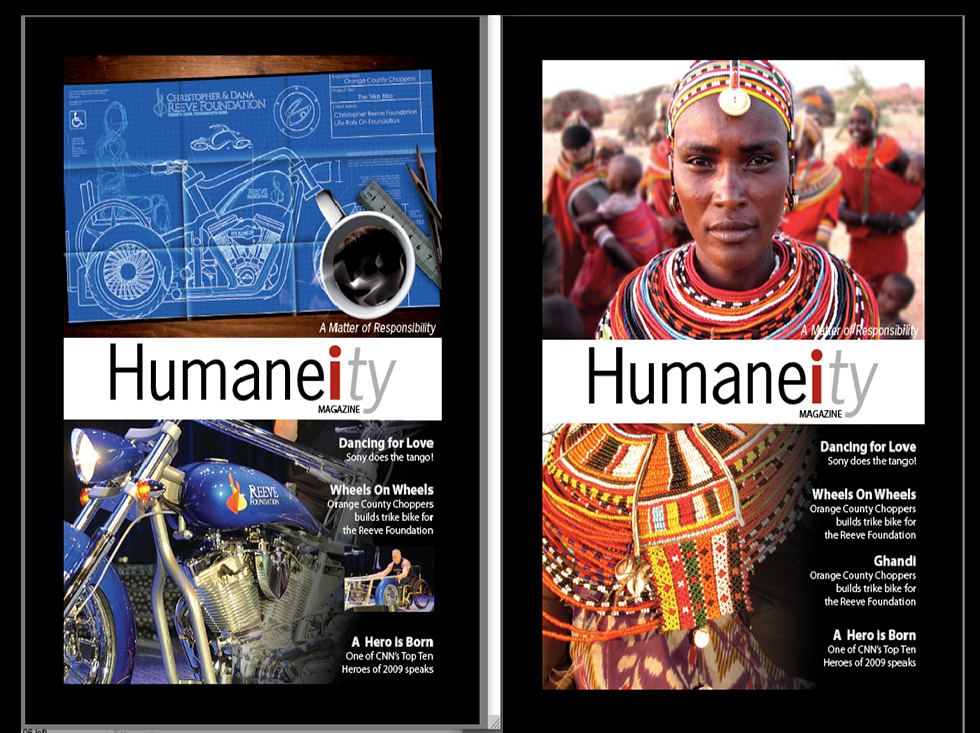 He put his life into the hands of people with the theme of “2013 Humaneity Global Sports Challenge” – one year travelling the world competing in as many different sports challenges with no planning, crowdsourcing his life to people who came forward with the challenges, as well the means to execute the challenges. The underlying message is the power of crowd, and it starts with one – “i” (the “i” in “Humaneity”). He stood up and change his life, in the process also changed many lives, one at a time. When people put trust in people, things happen and the world is a better place. Sounds like pure idealogy? It is, if we just speak about it on a grand scale. Put that aside, don’t sweat the “everybody” and start with one, start with “i”.

I’m putting on my writing hat.

View all articles by N.M. Yap