So, late last week the good people over at Netflix that have been battling the ludicrous battle with the ISPs posted a blog about why they believe Comcast’s behavior is something that they vehemently oppose. While the post itself talks about their opposition of ‘ISP tolls’ where ISPs like Comcast charge them more money to deliver their content to consumers more quickly, they also mentioned their opposition to the Comcast-TWC merger. Netflix’s Kevin Florance, VP of Content Delivery at Netflix, took the time in their post to explain how their performance had been suffering with Comcast customers and amid talks with Comcast eventually came to the conclusion that they would need to bend to Comcast’s demands and pay the company for a direct connection pipe to Comcast’s networks. Netflix works with companies like Level 3 communications, Cogent, XO and other transit networks in order to provide interconnection across different networks and assist in the delivery of their content at high speeds to those ISPs. This is already something that Comcast is paying for in order to deliver a good level of video quality to their customers on various ISPs, however, Comcast has allowed these interconnecting providers’ connections to their networks to clog up and instead has told Netflix they must pay for a dedicated pipe into their network. The reason why these transit networks are so important is because they can carry traffic over longer distances and provide access to every network in the internet (rather than a single ISP like Comcast). They are providing a service that is beneficial to the entire internet as a whole and the content providers that wish to improve their connectedness across the net. 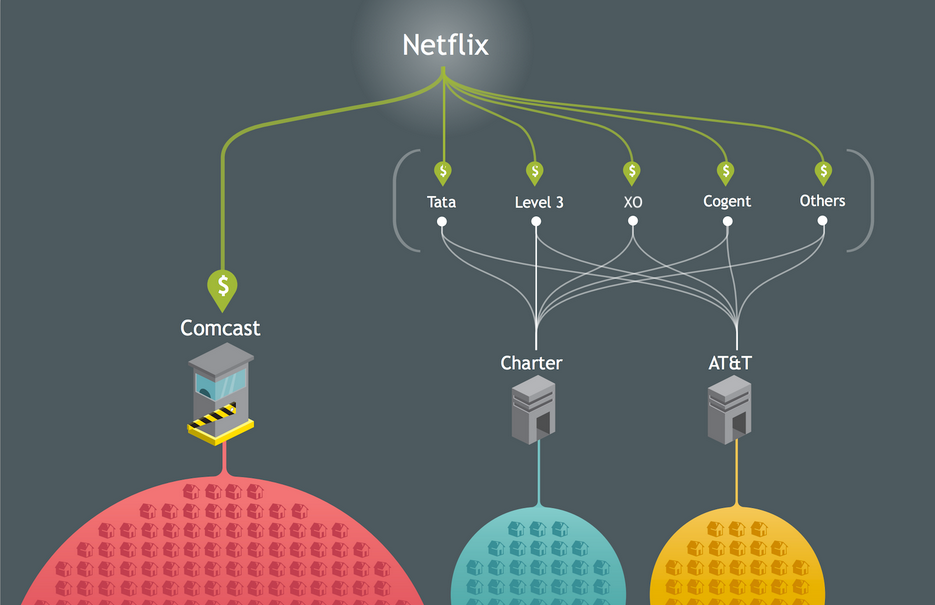 Now, there is no denying that Comcast is the biggest ISP in the United States, but by them forcing people to pay for faster access to their networks they are making it virtually impossible for any upstart or fledgling business to compete with much larger and more established businesses. In fact, because they are the biggest ISP they should not be allowed to do any of these kinds of things specifically because of its impact on the greater Internet. If Comcast starts violating Net Neutrality (which they already are) and starts making people pay (like Netflix) for faster pipes and passing those costs on to consumers it hurts everyone except for the ISPs who are already making a ton of money but want to protect their ‘legacy’ businesses.

Netflix is arguing that because they are spending all of the money to send their traffic directly to Comcast and that the data isn’t traveling long distances that they are not actually paying any transit fees at all to Comcast, but in fact paying Netflix in order to get access to their customer base. This, they believe is the form of an ISP toll which should not be allowed or encouraged by anyone. Because, ultimately, Comcast is double dipping on the same traffic by charging the customers they have for getting access to the internet to sites like Netflix and then charging sites like Netflix to get access to their customers. Not just that, even thought there are multiple CDNs and transit providers out there competing for business, they all ultimately stop at Comcast and the end result is still the same with Comcast throttling whatever traffic they want at the consumer’s end because they still ultimately control the ‘last mile(s)’ of traffic. Netflix actually showed an example of what happened when they started cooperating with Comcast’s racket. Yes, I said it. Comcast is participating in racketeering. Sure, Comcast will say whatever they want to in order to claim that their networks are struggling under the load of heavy video traffic, but the ultimate truth is that they’re making money hand over fist and aren’t suffering at all. While Netflix can’t openly say it, they’re clearly implying that Comcast has created an issue here that really doesn’t exist and are extorting money out of people to help ‘solve’ it. 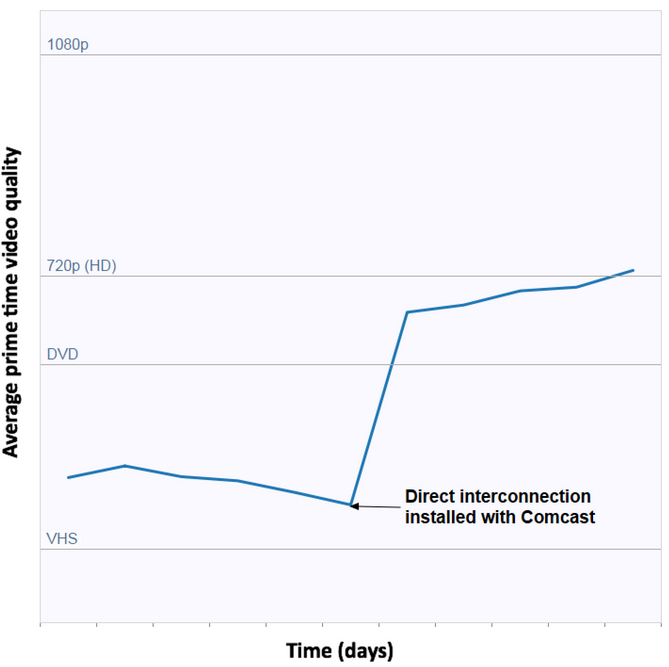 As you can see in the graph above, from Netflix, Comcast is clearly operating a racket where by magically installing (and paying for) a direct interconnection with Comcast they are suddenly elevated from VHS quality video to 720P+ quality, a more than doubling of video quality. This is supported by real testing that Netflix has been doing over the past few years where they test their direct connection to various ISPs and determine who has the best quality connection to Netflix. Before Netflix installed the direct connection to Comcast, Comcast was ranked some of the worst among internet service providers (they’re the biggest in the US) in terms of speed, delivering a connection of 1.51 Mbps, after the direct interconnection was installed Comcast suddenly shot up to 2.5 Mbps (5th place among big ISPs) and finally joined the ranks of all the other internet service providers in the US with a reasonable connection speed, making AT&T Uverse the worst of the biggest ISPs. They are now 3rd among the top 6 ISPs, but realistically among larger ISPs their average historical speed still puts them in 5th and among ALL ISPs it puts them in 28th. Since the rankings have continually expanded month to month we cannot accurately state what number they were pre-direct connection. 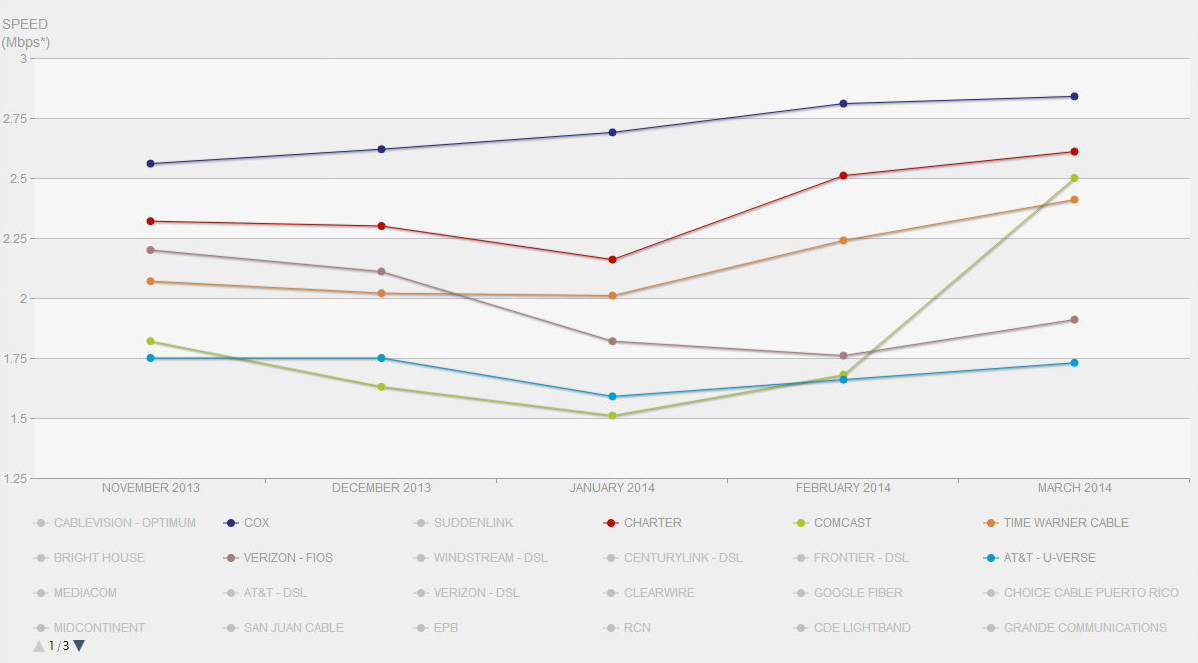