Last week ARM invited a group of journalists and analysts to Austin Texas to hear about their server, mobile, and wearable developments. ARM and their partners presented in-depth explanations of their version of the ARM architecture.

On the first day of the conference, HP’s Dwight Barron gave an overview of their Moonshot system.  They have been refining the specifications since its late 2009 inauguration.

Moonshot’s design differs from the traditional servers which have been the general-purpose workhorses of the data center. These boxes have proved to be jacks-of-all-trades, able to run operations for organizations of every shape and size. They started with proprietary operating systems and a warehouse sized room with less computing power than today’s smartphones. In the past, one could choose from several operating systems and server architectures. Today, operating system options are limited and most run on the Intel x86 architecture.

Barron explained that the cloud and mobile applications have changed the assumptions of traditional IT departments. Now IT has to balance rack space density, power consumption, thermal efficiency, and costs. Power is one of the major controlling factors in the data center. 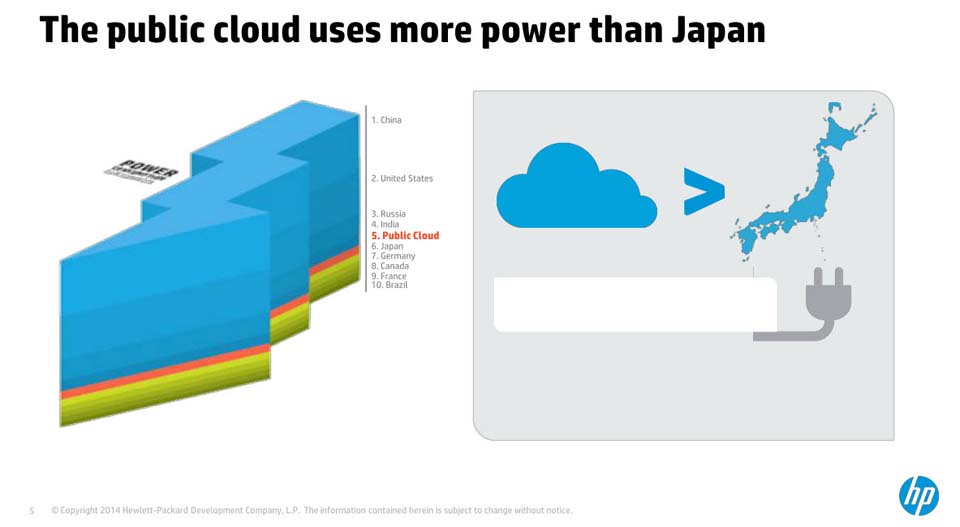 The microserver SoC (System on a Chip) typically has a TDP (Thermal Design Power) of 15 to 20 Watts or below, compared to 90 plus Watts for a high-end server. The microserver chassis has the circuitry related to networking, storage, and cluster communications along with integrated cooling and power supply. Thus, the shared resources reduce the complexity of the overall design.

Barron showed a typical dual processor, HPC server motherboard versus the SoC based Server motherboard. The dual processor general purpose motherboard requires system RAM for the processors, dual GPU’s with their RAM as well as the overhead of a PCIe switch, storage controller, and NICs. Each of those separate chipsets consumes power and creates heat. The SoC server motherboard starts with an integrated die having all those features in silicon, which greatly reduces required power and significantly decreases heat. The SoC cartridge and the Moonshot integration will reduce the latency of the wires between the traditional HPC server’s sub-systems.

To prove that Moonshot is a viable approach, HP put in a production configuration. At the HP.COM website there are approximately 100 applications for browsing and downloads. HP.COM’s website gets approximately 300 million hits per day. It was running on 46 HP legacy servers consuming just over 115,000 Watts per day. Replacing that legacy configuration with six Moonshot systems lowered the power consumption to 6,000 Watts and reduced the rack space usage by 89 percent. 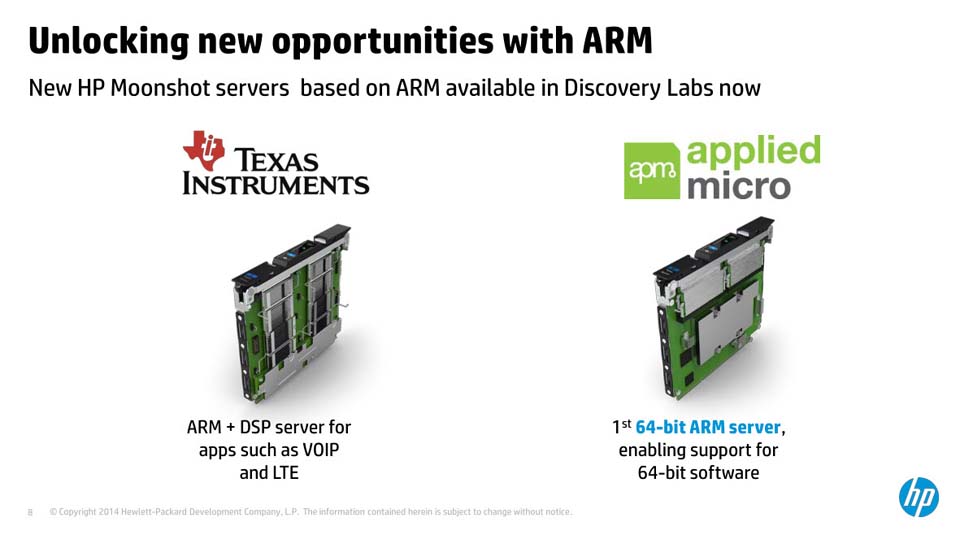 TI  has developed hybrid ARM processors that mix anywhere from one to four Cortex-A15 (32-bit) cores with one to eight TMS320C66x digital signal processors into a single SoC. These combinations in the Moonshot can be used in application specific work such as pure cloud infrastructure workloads – servers, switches, routers, network control planes, and telecommunication switches with applications such as VoIP and LTE. 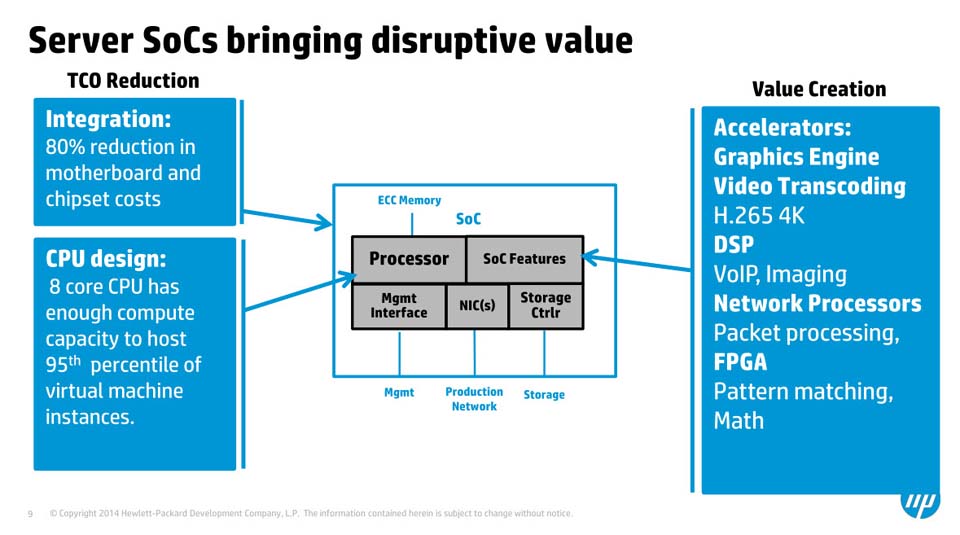 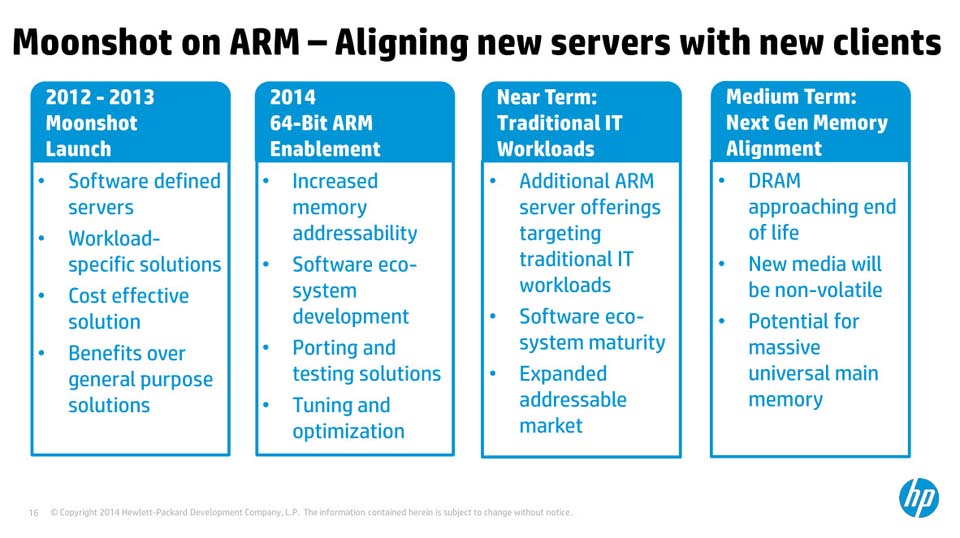 Paul Teich, CTO and Senior Analyst, Moor Insights & Strategy, said, “HP and Foxconn’s partnership should help both of them address substantial challenges in continuing cloud computing R&D investment in spite of purchasing pressures that might lead to a ‘race to the bottom’ for prices and margins.”

BSN is planning a hands-on evaluation of the performance of an HP Moonshot with the Applied Micro X-gene cartridge. We will let you know the results as we did with our May 2011 comparison of ARM to x86.