The guys over at VR-Zone have scored what appears to be a roadmap document that details the changeover from Broadwell and Haswell over to Skylake. In the document, there is a vast amount of information, including the disclosure of the fact that there will be one chipset for consumer and server. This may ultimately mean that consumers will no longer have to suffer with inferior chipsets and enterprise won’t lose certain features that aren’t deemed ‘enterprise’. Not to mention, by having one chipset for both consumer and server, Intel can drive better volumes of that single chip and improve inefficiencies and profitability. 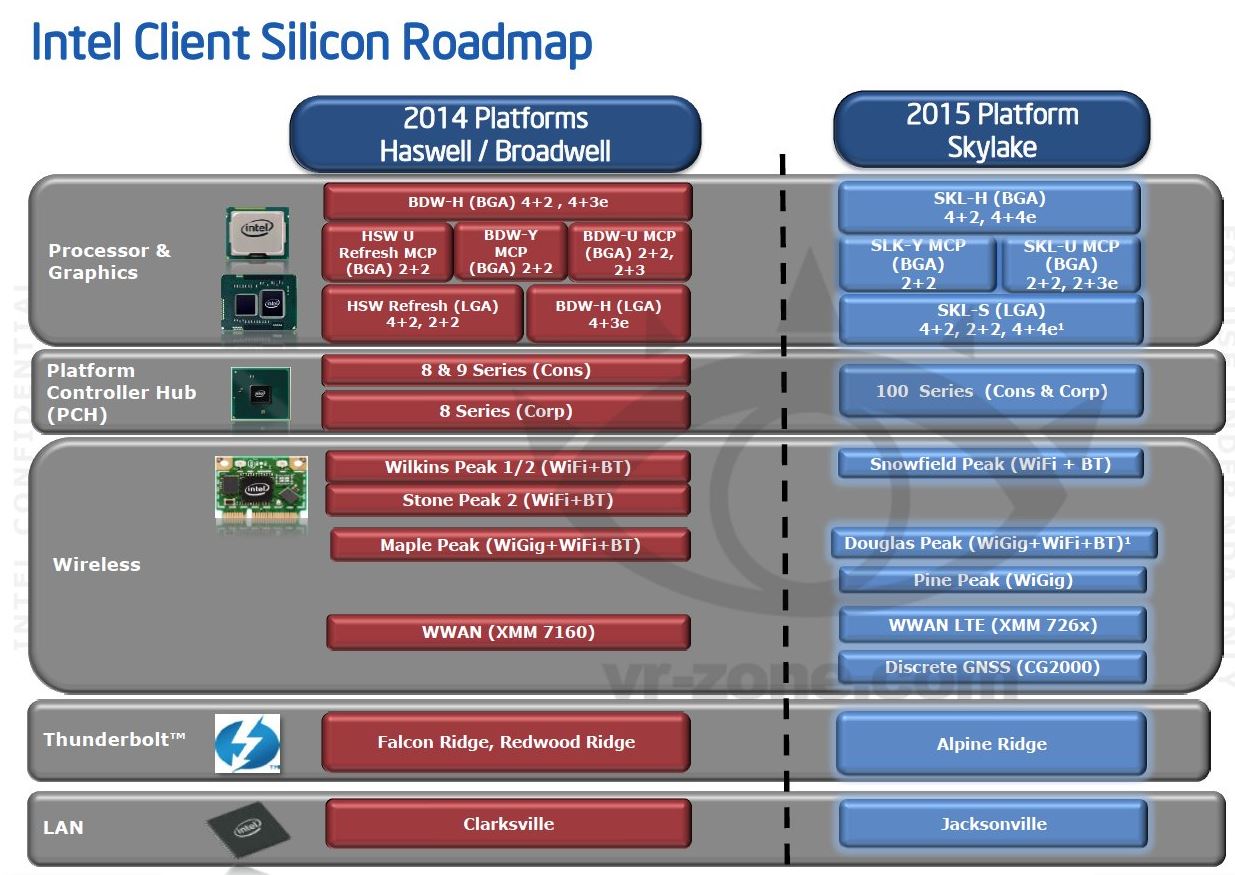 If you look at the roadmap above you can see that Intel is drastically simplifying their chipsets and CPU offerings, they are offering fewer variants of their CPUs with Skylake and consolidating the 100 series chipset as mentioned above. What’s interesting is that there doesn’t appear to be any mention of high-performance parts, which means that this is likely more of a mainstream chipset roadmap and excludes enthusiast and enterprise since most of the parts mentioned above are BGA like their Haswell and Broadwell predecessors. All of Intel’s truly high performance parts are still LGA-based, which means this clearly isn’t a full roadmap for all of Intel’s products, but even so we get a pretty good idea of what kind of capabilities Intel is aiming for with their newest chipsets and what codenames we’re looking at. That includes Alpine Ridge, which is going to the the latest version of Thunderbolt, delivering 40 Gbps of bandwidth, however it isn’t quite clear if that’ll be accomplished with a single cable or with dual cables like Intel is doing now (even though it looks to be a single cable). It will deliver up to 100W of charging capability, which means that most external hard drives wouldn’t really require a power connector anymore and a Thunderbolt cable should be enough to power the entire device. The same should go for monitors, even those with 4K support, as Thunderbolt claims true dual 4K display support. 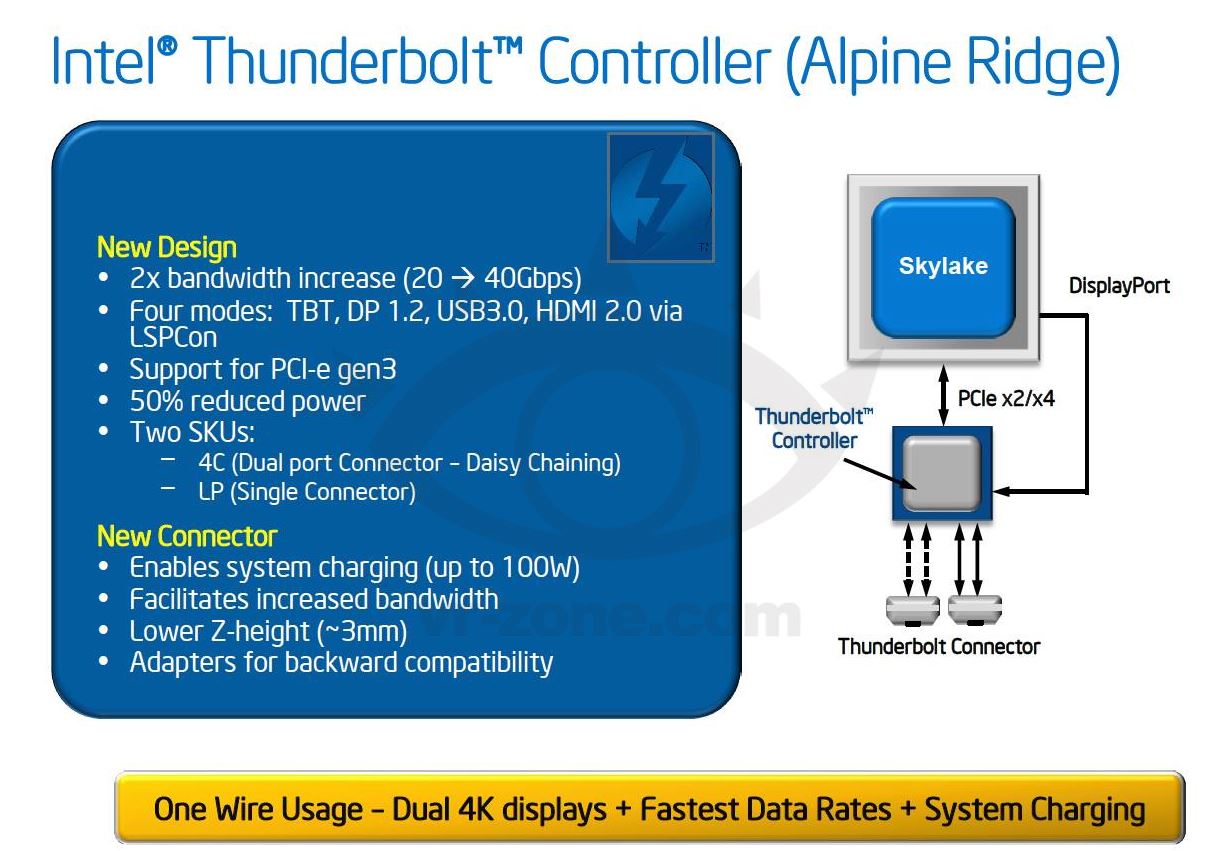 Skylake looks to be pretty promising, considering that it’ll be coming in 2015 and will be the first consumer parts to be using DDR4 and PCI-Express 4.0, which hasn’t even been ratified yet as a standard. Skylake will surely resolve any sort of bandwidth issues that might exist virtually anywhere on the system considering the sheer amounts of bandwidth coming from the use of DDR4, PCIe 4.0 and Thunderbolt 3.0.