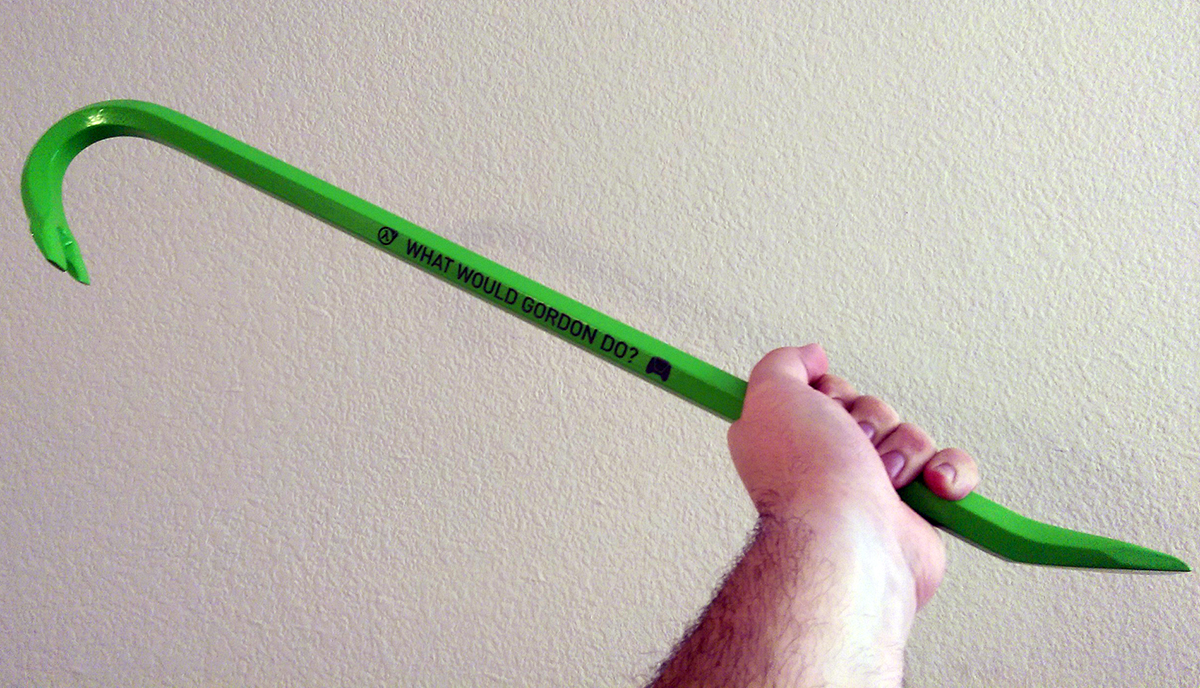 So, we already reported to you about the cake we got from Nvidia along with an Aperture Laboratories-themed letter, as well as the ultimate result of Portal arriving on the SHIELD with a short review of our experience and some screen shots. Well, Nvidia’s viral marketing doesn’t stop there with SHIELD as today we received a bright green crowbar from Nvidia that simply said, “What Would Gordon Do?” This is a clear allusion to Half Life 2, and as if that isn’t enough, they also have the Half-Life 2 and SHIELD logos emblazoned on the crowbar itself.

As we had alluded to in the previous article, there was a good chance that Nvidia and Valve’s next logical step would be to port over other games from the Orange Box since Portal was part of that group. So, it comes as little surprise that today’s crowbar that we got from Nvidia had a Half Life 2 logo on it accompanied by the SHIELD logo with the “What Would Gordon Do?” phrasing on it. Maybe WWGD will make a comeback as a joke phrase that alludes to games, but the truth is that Nvidia and Valve are likely going to be releasing more Orange Box games on the SHIELD which is awesome. Even though, to be honest, Portal is probably my favorite game out of the entire Orange Box even  though all of the Half Life games are quite good as well, and Team Fortress 2 is still wildly popular today as a Free to Play game with a plethora of hats…

And no, this doesn’t somehow confirm that Half Life 3 is coming, you can CLEARLY see that it says HL2 on the crowbar, so don’t get too excited about that yet, Valve appears busy trying to make better use of their game portfolio on mobile. Which, is admittedly a good idea, they need to maximize their utilization of their own IP even on platforms they don’t entirely control (like Google Play or Tegrazone). This is a good move for both Nvidia and Valve and should simultaneously yield some awesome SHIELD-based exclusive titles.