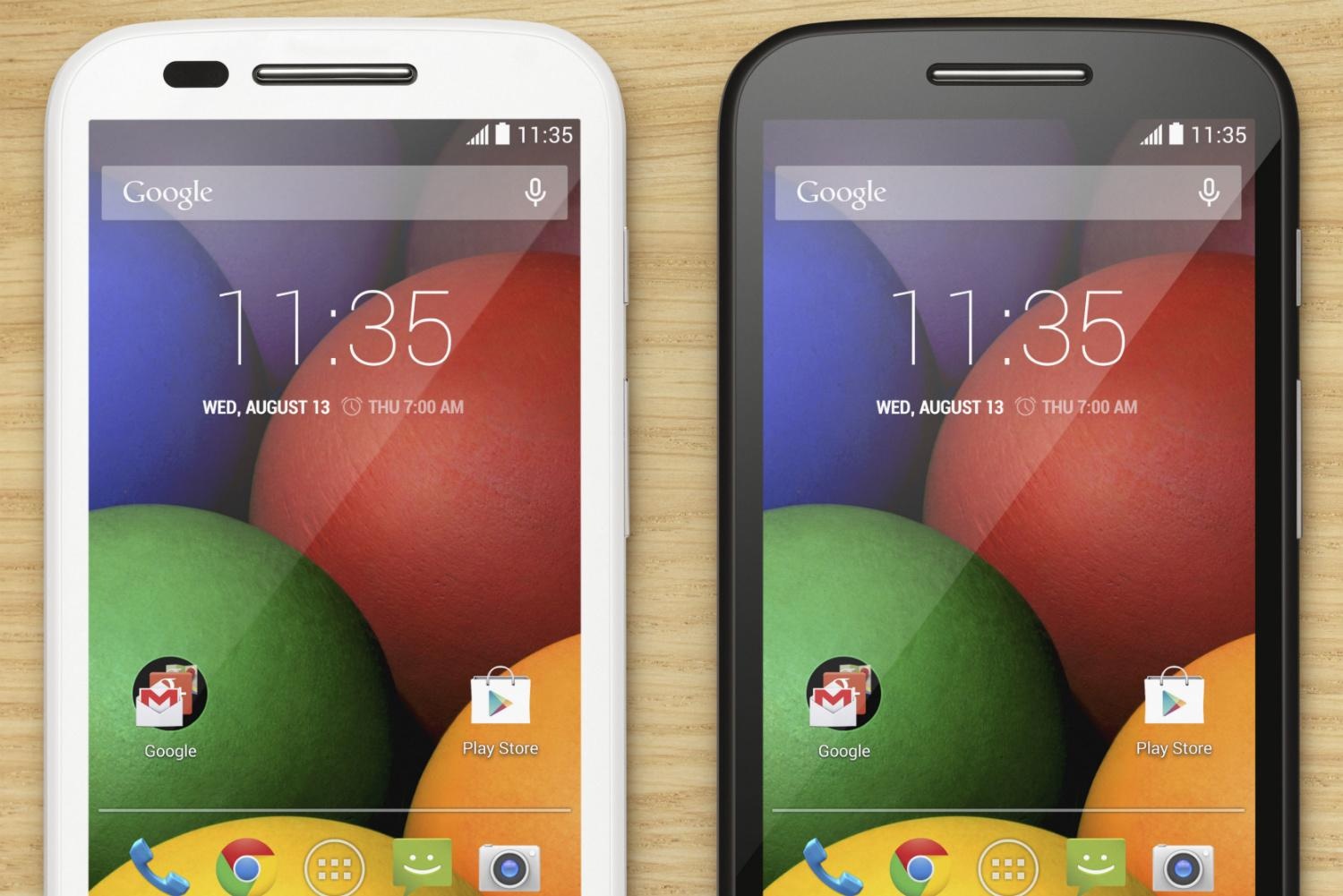 Motorola already changed the world quite a bit when they released the midrange Moto G for $179. Now, they’re trying to change it again by releasing the Moto E for $129 and at the same time release an LTE version of the Moto G for $219. The Moto E is Motorola’s attempt to lure the ‘dumbphone’ crowd into the smartphone era without making them commit to anything major in terms of cost or complexity and making sure it will ship with the latest version of Android. They even started a campaign called #GoodByeDumbphone and tried to promote their launch of the Moto E with the idea that people can throw away their dumbphones in favor of this cheap and simple smartphone. 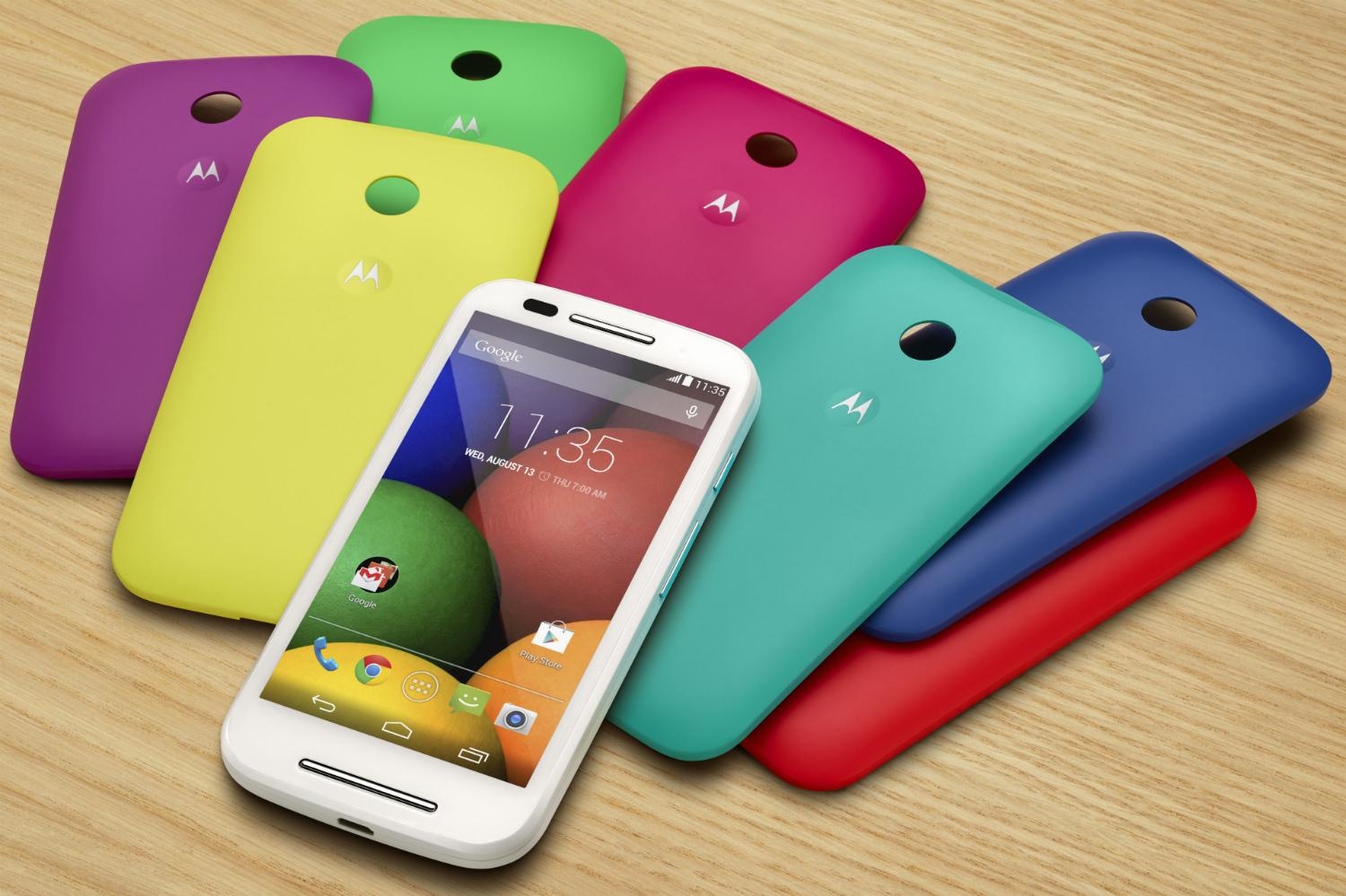 The Moto E comes in black or white, but allows you to basically grab any color shell that you want to customize the overall look of the phone to your desires. Additionally, they’ve gone with a very low cost Qualcomm Snapdragon 200 SoC, which is basically the slowest smartphone chip that Qualcomm offers today. And considering the overall goal, which is price, it would seem that nobody would expect this phone to work as quickly as a much more expensive Moto X. What’s very smart on the part of Motorola is that they’ve opted for a fairly large 1980 mAh battery, even though the Snapdragon 200 is a very low power chip. This, combined with the Corning Gorilla Glass and the water resistant design of the phone and you’ve got a pretty sweet little phone in the Moto E. Not just that, but the Moto E can double as a perfect backup phone if anything were to happen to your current Android phone without costing an arm and a leg. The Moto E also comes with a microSD card slot that supports memory cards up to 32GB, which supplements the phone’s existing 4GB of meager storage capacity. 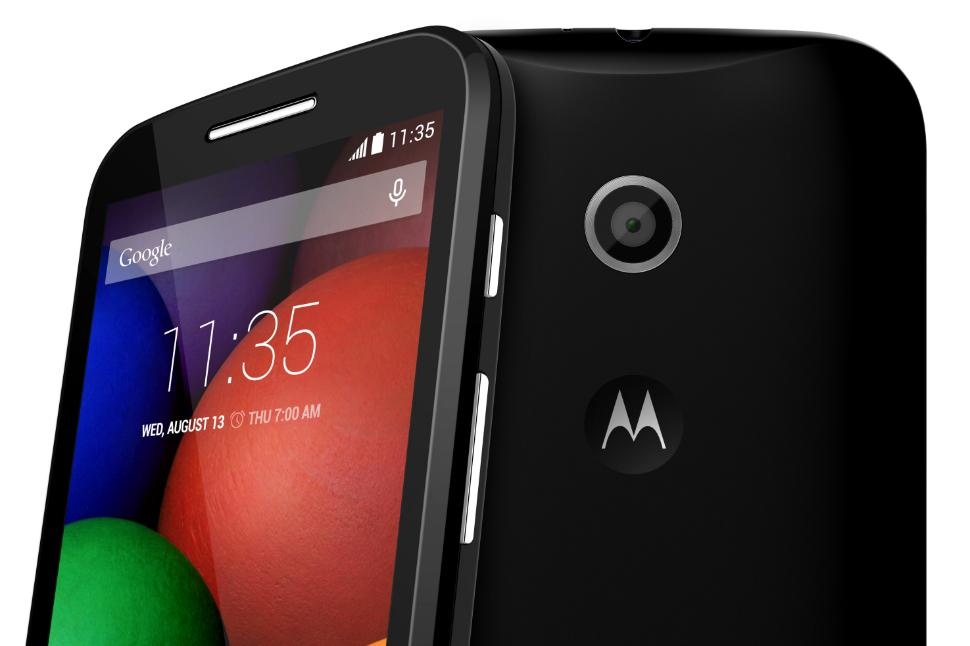 The Moto E also has a slightly smaller 4.3″ qHD display compared to the 4.5″ display on the Moto G, which may actually be more attractive to some because it results in a smaller phone and a higher pixel density since they both have the same 960×540 resolution. Ultimately, Motorola is making  a very simple incremental step up from each of their phones, even though I don’t think the Moto X should be priced at where it currently is and they need a real flagship phone that can compete with Samsung, LG and HTC’s flagships.

The Moto G is also getting an upgrade, primarily with a $40 price premium for the LTE version, enabling cheap phone shoppers to gain fairly good performance on a cheap phone without compromising on cellular connectivity.