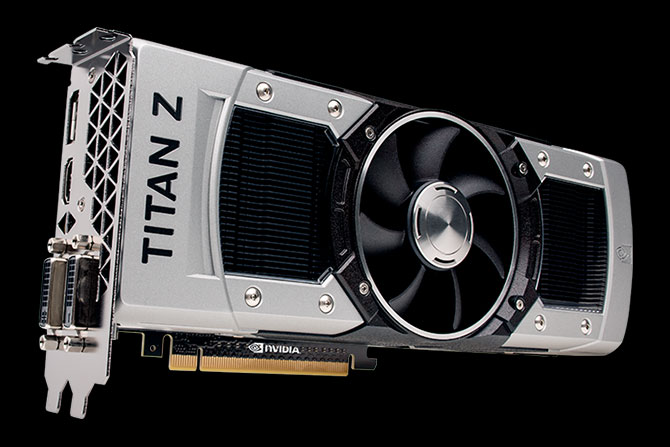 So, Nvidia has finally launched their much awaited $3,000 graphics card which isn’t quite good enough for professional applications (no professional drivers, like Quadro) and is too expensive for 99.99% of gamers to ever consider as a GPU. The Titan Z was originally announced at Nvidia’s GTC 2014 back in March and there were rumors it was supposed to drop earlier this month but got delayed. Either way, the card is now available and if you’re willing to pay twice the price of an AMD Radeon R9 295X2, which isn’t really much slower, then you can buy it right now from multiple online etailers and system builders.

The Titan Z is clearly Nvidia’s response to the R9 295X2 which we reviewed last month, but Nvidia some how justifies charging double the price because it is a combination of two of Nvidia’s fastest GTX Titan GPUs. Even though they did this, they ended up clocking these two GPUs much lower than if you went out and bought a GTX Titan on its own. Yes, it does have 12 GB of GDDR5, but the reality is that you don’t need 12 GB of GDDR5 in order to drive a single 4K display and a single GTX Titan Z isn’t going to be enough to drive three 4K displays and actually game on them at decent FPS. So, in reality, you’ll need two GTX Titan Z’s in order to be able to drive three 4K displays anyways, which is going to be incredibly hot and expensive since it’ll end up costing you $6,000 for the GPUs alone when you could spend $4,000 and probably get better performance. 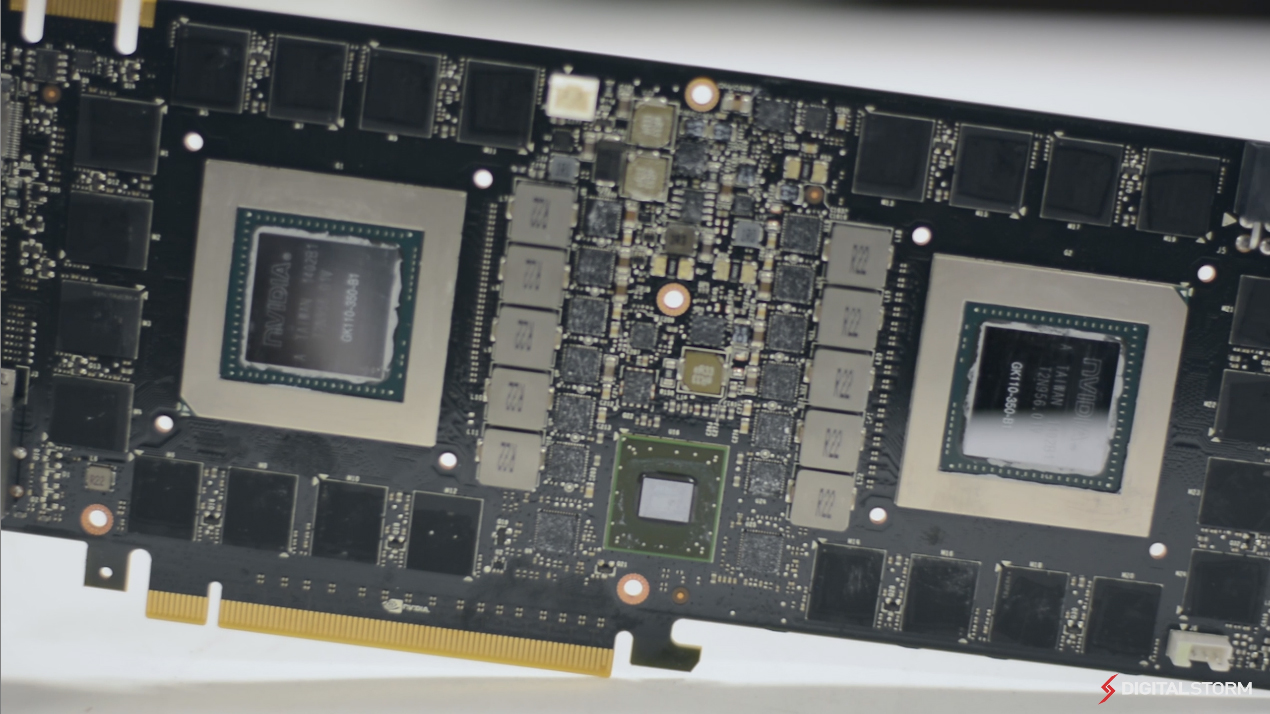 The GTX Titan Z is Nvidia’s attempt to one up AMD, but the problem is that because it is air cooled they are forced to dial down the thermals of the card and its power consumption. AMD’s solution was to fully watercool their card, which they did get some criticism for having to do, but ultimately the card runs very cool and very quietly for being a dual GPU monster. In fact, Nvidia clocked their GPUs downward quite a bit because a GTX Titan Black, which is comparable to the GPUs onboard this card is clocked at 889 MHz base clock and 980 MHz boost clock. Meanwhile, the GTX Titan Z’s GPUs clock in at a much slower 705 and 876 MHz base and boost clock, making it fundamentally a lot slower as well. Also, according to Digital Storm’s review (the only one on the internet at launch is from a system builder??) the Titan Z isn’t really much faster than AMD’s R9 295X2 and only barely beats it in a few games.

So, basically, with the GTX Titan Z you’re paying double what AMD charges for the R9 295X2 for barely better (or worse) performance and a downclocked card (while AMD actually overclocked the 295×2 compared to the 290X). And not just that, you’re simply better served if you just buy GTX Titan Black GPUs because they are fully unlocked GPUs and they consistently outperform the GTX Titan Z by a pretty wide margin (because of the clocks).