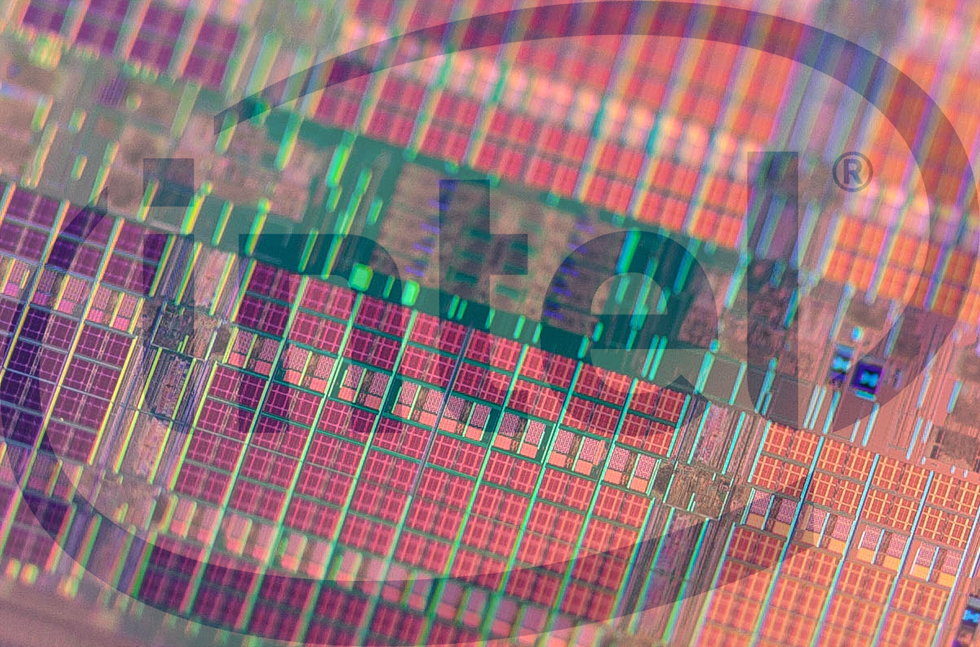 Intel has made it quite clear that they are dead set on reviving the PC market, especially from the high performance desktop point of view. They are showing their commitment to that vision today with the announcement of their new Devil’s Canyon refresh to the Haswell CPUs that they had launched last year. These new Devil’s Canyon CPUs are designed to accompany the company’s newly launched Z97 chipset, which adds a few minor features to the already existing Z87 chipset that Haswell had launched with. In fact, Gigabyte launched their full Z97 line of motherboards yesterday incorporating some of the new features of the Z97 chipset, including future compatibility with 5th Generation Core CPUs. 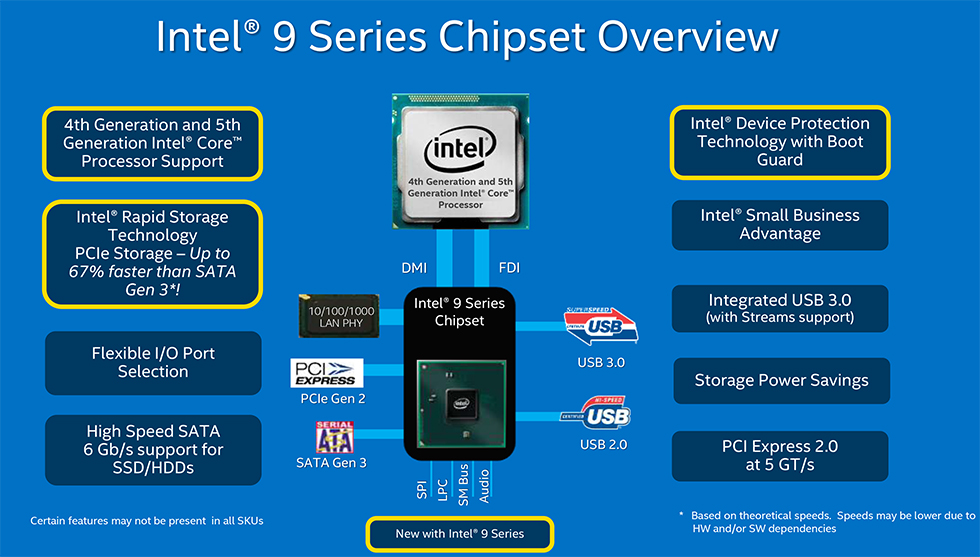 These new Devil’s Canyon CPUs are designed to slot in where the old Haswell CPUs sat in terms of price, while delivering a new level of performance on the CPU end. And yes, these new CPUs do have a 4w higher TDP at 88W vs. 84W. But in reality Devil’s Canyon is merely an overclocked version of the Core i7 4770K and Core i7 4670K. The only real differences are that the clock speeds are higher on the 4790K with the base clock being 4.0 GHz, Intel’s first chip that has all four cores running at 4 GHz stock speed. The boost clock is also 4.4 GHz versus the 4770K’s 3.9, but that’s only for a single CPU core in most cases. 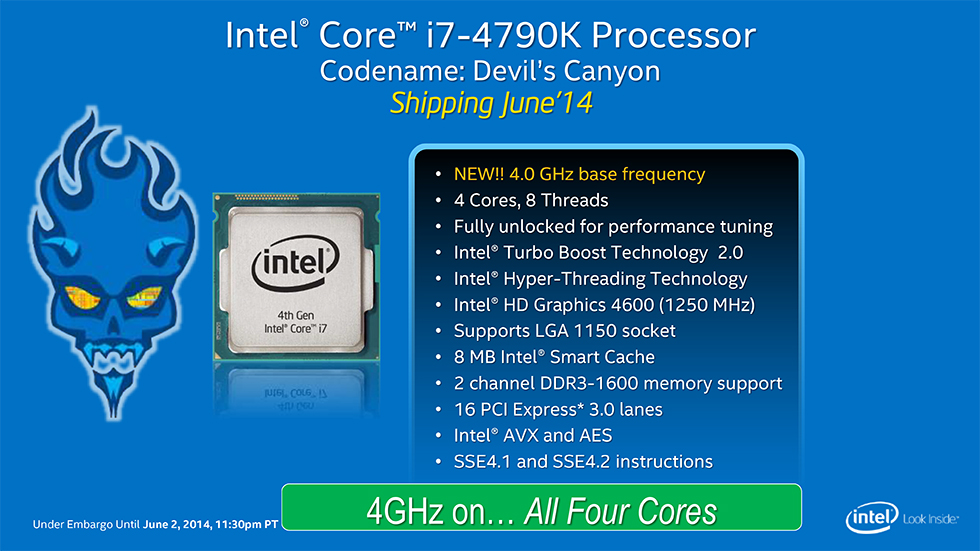 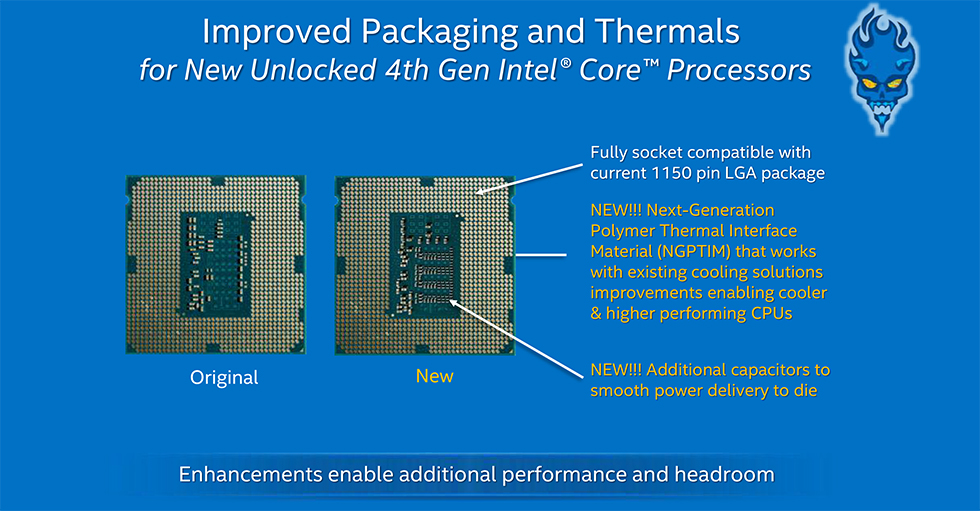 As you can see above, the primary changes that Intel has made with Devil’s Canyon are seen through their decision to add more resistors on the bottom of the GPU to help smooth out power delivery to the CPU. They also changed the thermal interface material (TIM) to their new Next-Generation Polmer Thermal Interface Material. They did this because a lot of overclockers complained about the TIM in Haswell because it simply didn’t overclock as well as many had expected it to. So, in fact, Devil’s Canyon is really a re-do more than anything really and Intel is sponsoring a ton of overclocking events here at Computex in order to see how high they can get overclockers to push these new CPUs. 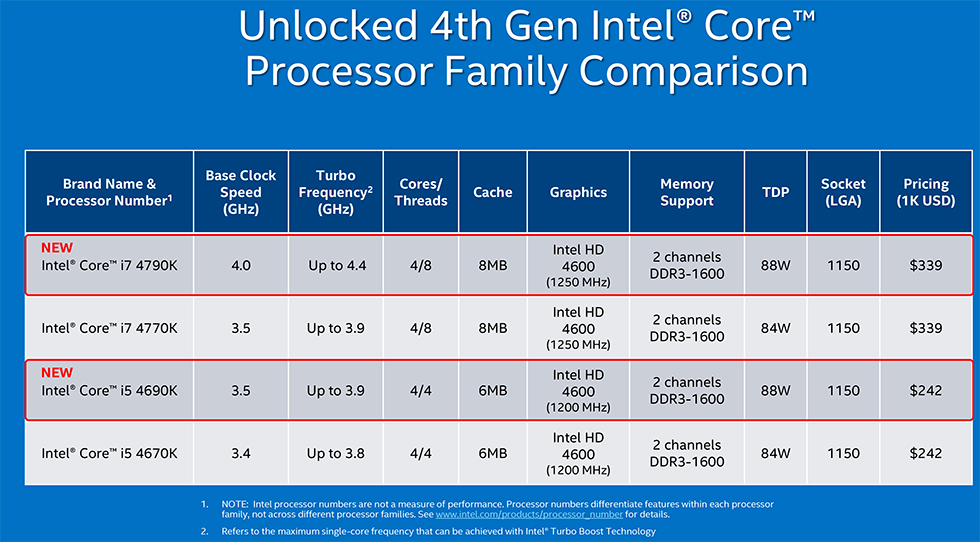 In addition to the new Devil’s Canyon chips being supported on Z97, Intel has also made it clear that these new chips should work no problem with the previous Z87 chipset, a reversal of what we were originally told back at GDC earlier this year. Back then, we criticized Intel for forcing people into a new motherboard for no reason and it looks like they listened and most Z87 boards will probably support the Devil’s Canyon chips with a simple microcode update to the BIOS. While Devil’s Canyon isn’t necessarily much of a change for Intel in terms of architecture, it does show that they’re committed to improving and listening to consumers which is important. And if you build a Z97 system with a Devil’s Canyon chip, you can always upgrade to Broadwell when it comes out next year.

Now, last but not least, Intel is also announcing a Pentium Anniversary edition, which they also had pre-announced at GDC. This new processor is merely an unlocked higher clocked version of the Pentium processor designed to commemorate the processor’s 20 year anniversary and to give overclockers something to mess with and push with some overclocking to see how high they can get the CPU to go. We’ve got pricing for this new CPU below with the 1000 piece pricing being $72. 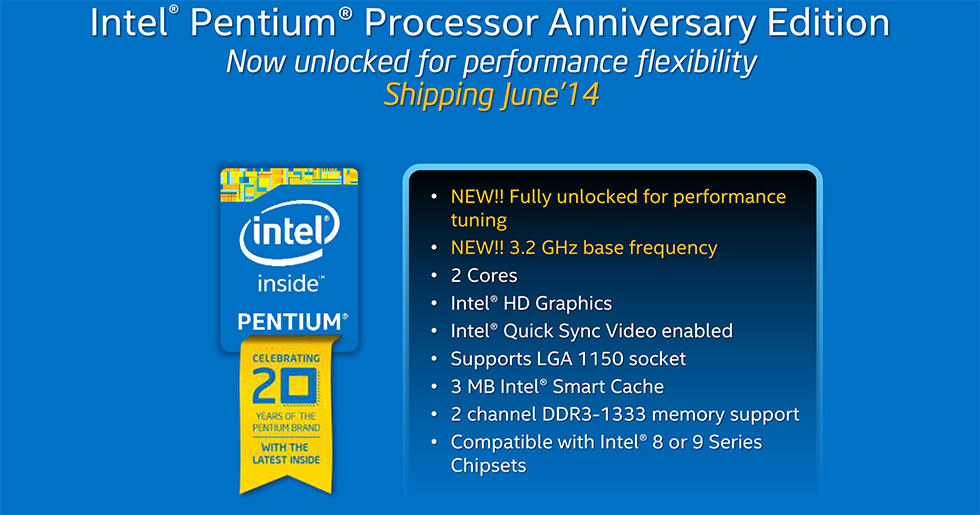