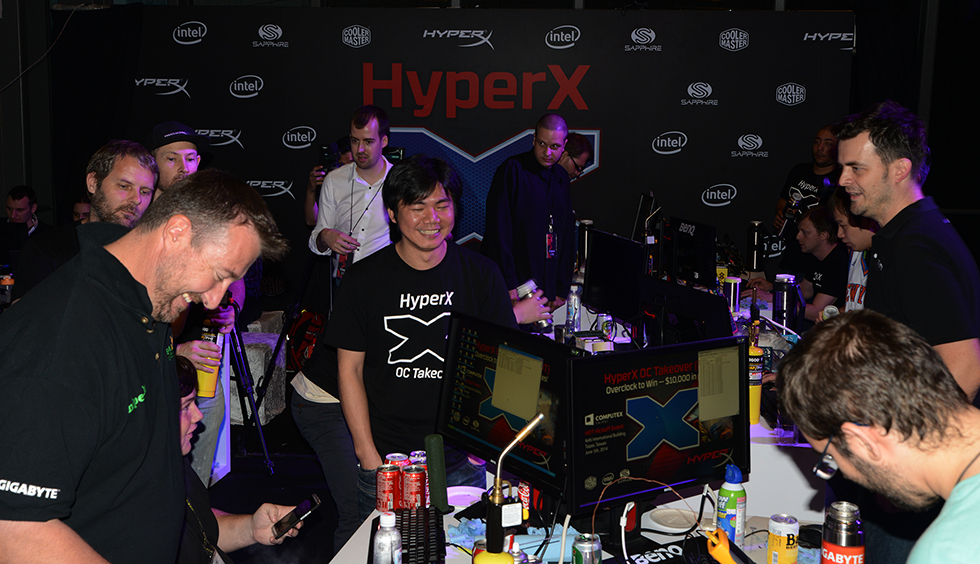 Kingston today held an overclocking competition with some of the world’s leading overclockers, their HOT (HyperX Overclocking Takeover). They offered a prize pool of $10,000 that would be distributed among the top 3 winners of 3 different benchmarks including Memory Clock speed, SuperPi 32M and Intel’s XTU. The teams were competing with eachother all day long and ultimately the majority of the competition was won by Team Gigabyte, who had utilized Kingston’s memory earlier in the week with their board to break the memory clock speed world record at 4.5 GHz.

Over the course of the day, the overclockers were competing to win the three different benchmarks. In the end, Team Gigabyte ended up hitting memory clock speeds of 2282.8 MHz which is an effective clock speed of 4.565 GHz on DDR3 memory that was originally clocked at 2.933 GHz. They ended up going home with $3,750 while TeamAU went home with $3,250 after getting 2nd place in all three benchmarks and finally Team China got $1,000 winning the SuperPi 32 benchmark. 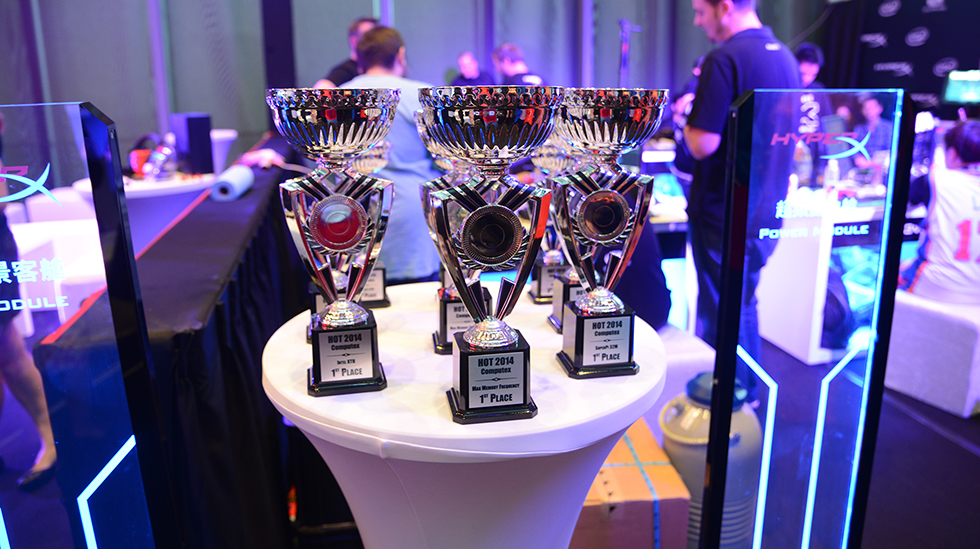 Kingston brought together all of these overclockers to show off how their HyperX memory is capable of some astonishing feats and will likely be able to go even higher than the current world record set at this event. 4.56 GHz is without a doubt an impressive memory clock speed and I have a feeling that there’s still a lot more to come from Gigabyte and Kingston in the coming days and weeks. 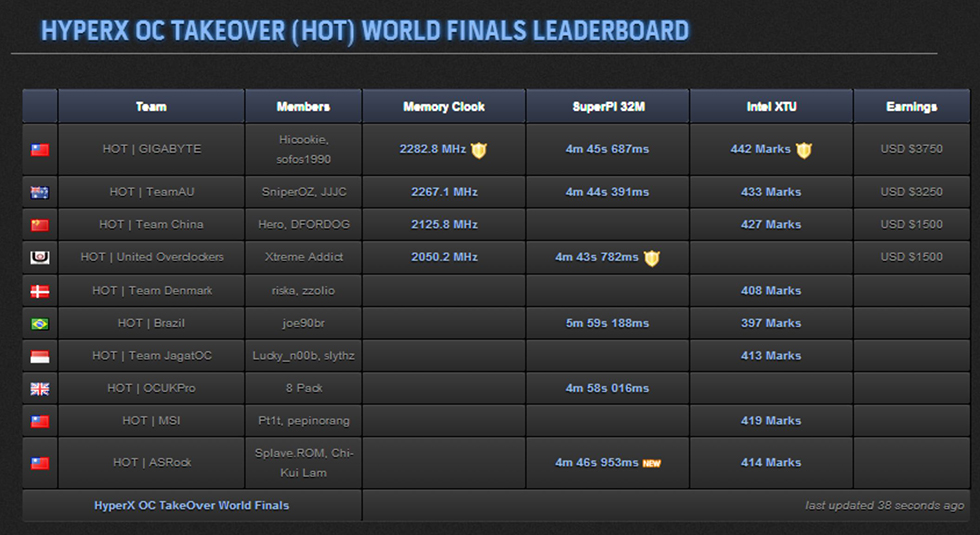 Kingston’s HyperX memory was well utilized by all of the teams present and will probably be used by a lot of the teams that competed today in order to try to get the best scores on the HWBot in the future as well to take their respective points. The winners today were certainly Team Gigabyte with their new Z97 boards as well as Kingston being able to get notoriety and yet another memory clock speed world record.