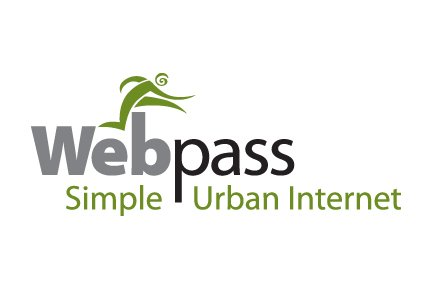 In most places, you have the choice between some sort of cable TV provider that also provides internet service and a telephone provider, usually being Comcast, Time Warner or Cox on the cable side and AT&T on the telephone side either with a DSL service or U-Verse. Now, in some areas you have none of these choices and you’re stuck with either dial-up from some local phone operator or you have to shell out tons of money a month for satellite internet from Hughesnet (owned by Echostar, parent company of DISH). The problem with this service is that it offers speeds of 15 Mbps/2 Mbps down/up for $130 a month, which is about triple what land line operators charge, AND they cap users at 40 GB a month of data. And the company is touting these speeds as “15x faster than before” which makes this all the more ridiculous.

Also, if you want internet service from say Time Warner Cable, you would be forced to pay $35 a month (promotional for 12 months), which will eventually come to $40 or $45 a month. This service will get you 15/1 Mbps down/up and unlimited bandwidth, unlike some of their competitors, AT&T. They also have a fairly new 100 Mbps download service which they sell for $70 a month that only has 5 Mbps upload.

AT&T on the other hand, offers an 18 Mbps service for $45 a month which is about the same as Time Warner Cable, but also requires a 1 year contract and will go up after the promotional price ends. Their fastest service that they offer is 45 Mbps for $65 a month, but this is slower than what Time Warner Cable used to offer at 50 Mbps, but now offers for 100 Mbps.

Now that we’ve shown a small bit of how ridiculous the current ISP climate is in the US, we wanted to talk about an ISP that we recently heard about. This ISP is called Webpass and they’re a very small internet service provider, but they serve urban customers in San Francisco, San Diego and Miami. Their model is to deploy to a single building or complex and to get a large deployment of customers at once in order to make their capex (capital expenditures) worthwhile.

What makes Webpass so great is not just their unbelievably fast speeds, but also their reasonable prices and their commitment to Net Neutrality. Webpass offers their internet to consumers for $55 a month or $500 a year, whichever they wish to pay. Granted, if you pay for a full year of service upfront, you also save $160 over the course of that year. What does $55 get you? It gets you a jack anywhere in your apartment or condo that delivers a minimum of a 100/100 Mbps symmetrical line and in some areas a 200/200 line depending on the neighborhood and building.

Here’s a video of how it works:
So, not only is Webpass incredibly fast and cheap, it is also incredibly easy because you no longer have to deal with a modem anymore. You only need to have a router and any network connectivity beyond your router are immediately Webpass’ problem. This also removes one of the potential factors for messing up an internet connection and makes the overall process smoother and easier.

But if their price, speed and simplicity weren’t enough they are also very principled in how they treat their customers’ data. They specifically state in their net net neutrality policy that they will or will not do the following 6 things:

1. Our customers pay us to deliver the entire Internet.

2. All packets are treated equally. Exceptions are made for violating the acceptable use policy or activity we deem malicious.

4. We do not pay content providers to deliver service to our network.

5. We adjust our peering relationships often to provide the best routes possible to our customers.

So, Webpass is actually an ISP that you can like. Sure, they’re small but more and more ISPs like them are popping up around the country and we need to be able to support them to create competition where we likely will only get less if we stick with the big cable companies. Unfortunately, the process for getting Webpass in your building or complex is much more difficult than it should be, but they also need to preserve their profitability and need to be able to pay off their investment and be sure they will get a substantial commitment from residents. I have personally requested to get Webpass at my residence but have yet to hear back from them, after all, it isn’t entirely my decision.