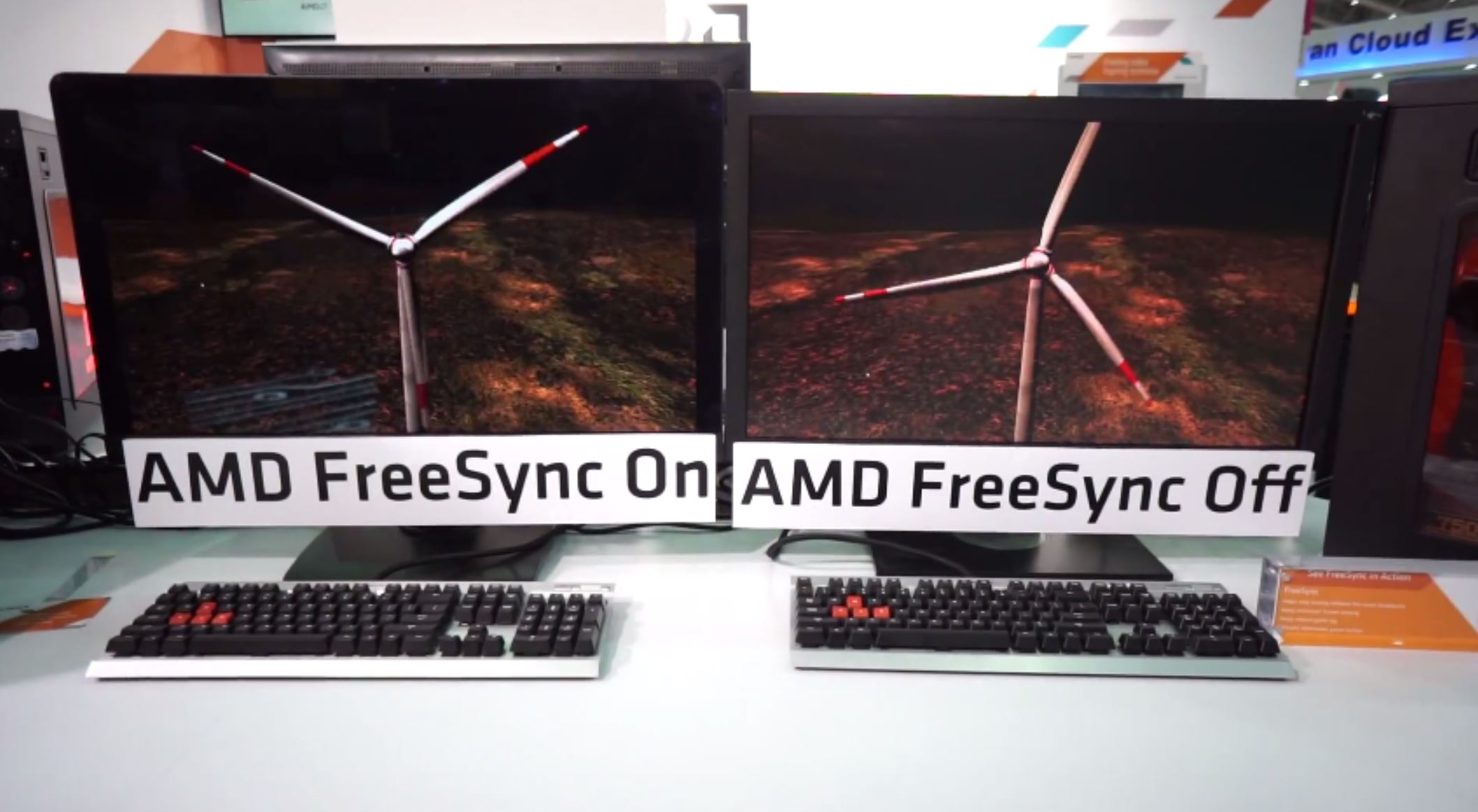 This year at Computex 2014, AMD had a lot to show consumers including their new Kaveri mobile chip, FreeSync and the Toshiba 4K laptop running Battlefield 4 in 4K. Those three things were without a doubt AMD’s biggest announcements this week at Computex and we’ve got you covered with all the information about them, including videos and photos to simplify the explanation. We’ll be following up this article with another talking about Kaveri mobile, so most of the focus here will be on FreeSync and the Toshiba 4K laptop playing Battlefield 4.

At the beginning of Computex, AMD had a press conference where they talked about FreeSync and Kaveri mobile, and they had a demo of FreeSync running on one PC with the feature turned on and off. What they didn’t tell us was that at their booth on the Nangang convention center, they actually had FreeSync running side by side. So, when we found out about it we ran down to Nangang and got a video of the whole thing running side by side. Thanks to our Sony a6000 camera, we were able to easily capture the difference side by side and you can see the stuttering for yourself in the video.

Please remember that FreeSync is AMD’s similar implementation of what Nvidia did with G-Sync by combining the Adaptive Sync capabilities of eDP (embedded DisplayPort) in monitors. And by getting VESA to allow for it to translate over DisplayPort 1.2, creating Adaptive-Sync for DisplayPort and creating a DisplayPort 1.2a standard that would enable the translation of Adaptive-Sync from GPU to monitor. This full solution is dubbed by AMD as FreeSync since it should theoretically not cost consumers any more money as most features of FreeSync can be accomplished via firmware update. However, not many monitors use eDP so many consumers would end up having to get new monitors in order to be able to use FreeSync.

During AMD’s press conference they also had a Toshiba 4K laptop (the first 4K laptop in the world) running Battlefield 4. This laptop looked very unassuming in terms of physical attributes, but the 4K screen on the Toshiba laptop looked absolutely amazing. Sure, the frame rate was fairly low, but that means you could probably expect to play less intensive games in 4K on this Toshiba 4K laptop without a problem in the world.

We even included a video of this Toshiba 4K laptop so that you could see it for yourself since we had originally talked about it from its original announcement, but very few have had actually gotten their hands on it. The laptop itself runs very smoothly and is a great piece of kit, it will be interesting to see how much having a 4K panel affects battery life and how much more power the GPU consumes constantly displaying at 4K.

We’ll have more Computex coverage for you as we get to uploading more of our videos from the show.