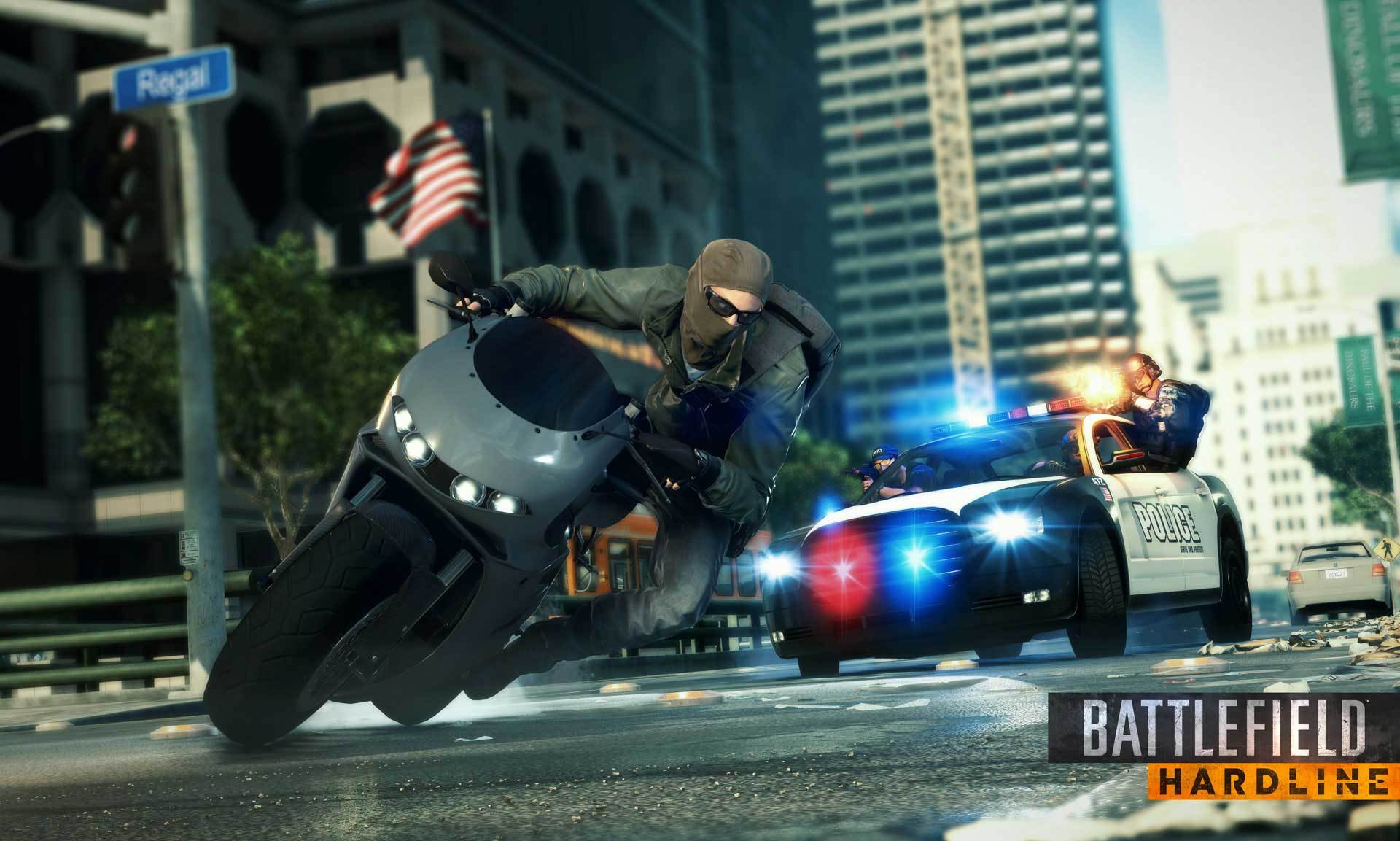 Battlefield Hardline, made by Visceral Games, is EA’s most recent addition to the Battlefield franchise, but is a vast departure from the traditional conventional warfare model. It will feature both a Single Player and a Multiplayer, but it will also take on a new story line as well. All of the previous Battlefield games have been in some way or another involving the military, war, or some kind of army. This new game, Battlefield Hardline is more centered around unconventional warfare and the idea of cops and robbers, which should make the game a lot less predictable than it has been in the past.

Battlefield Hardline will be available October 21st, and as you can expect, they’ve already made the pre-order available. And if you sign up for the Beta, you can gain a few in-game items like I did, hopefully I’ll get into the Beta since I signed up today. What is promising is that they’re starting the beta more than 4 months ahead of the game’s launch, meaning that gamers can help them iron out a lot of the bugs that might come up once millions of gamers start playing it. This was one of Battlefield 4’s biggest pitfalls and ultimately resulted in the game losing a lot of fans and may even affect Battlefield Hardline’s sales because of how many people were turned off.

I don’t know if I’ll be spending another $100 on a Battlefield title and all of the DLCs ahead of time, I just don’t know if this game will be worth that kind of money. Hopefully Battlefield Hardline’s beta will convince me of otherwise. The game will be available for PC, PS4, Xbox One, Xbox 360 and PS3. Sorry WiiU owners, you won’t be getting this one.