Time Warner Cable is rolling out one of the fastest internet speeds available in the country today next month. Our sources have been indicating to us that Time Warner Cable has been in the process of rolling out a 200/300 Mbps service in the San Diego area. They already offer 100 Mbps to new customers, but many of those people will get upgraded to Time Warner Cable’s 300 Mbps service which is one of the fastest in the country. Keep in mind that this 300 Mbps service is still only over cable, so it can’t compete with Google’s 1 Gbps fiber service or the uploads that it or any fiber service can offer. But even so, moving from a 50/5 Mbps plan to a 300/20 Mbps plan for exactly the same price, nobody is going to complain about that. Additionally, this could be yet another one of Time Warner Cable’s justifications that a Comcast merger is okay because they are upgrading customers and not remaining stagnant. All of this will also help Time Warner Cable pump up their image in the eyes of the FCC who sees very little progress in terms of ISPs improving their speeds even though customers keep paying for faster and faster speeds by moving up through more expensive tiers.

However, with the new speed structures Ultimate customers will be getting 300/20 Mbps for $64.99 a month while Extreme customers will pay $54.99 a month for 200/20 Mbps speeds. We don’t know what will happen to the lower tiers, but I would expect that the Turbo customers may actually see 100 Mbps depending on what kind of a modem they have. Below that, I would expect to see Standard probably get upgraded to 30 Mbps, effectively doubling the speeds and we’d probably see basic come up to 10 Mbps to satisfy what will likely be a modified definition of Broadband by the FCC. 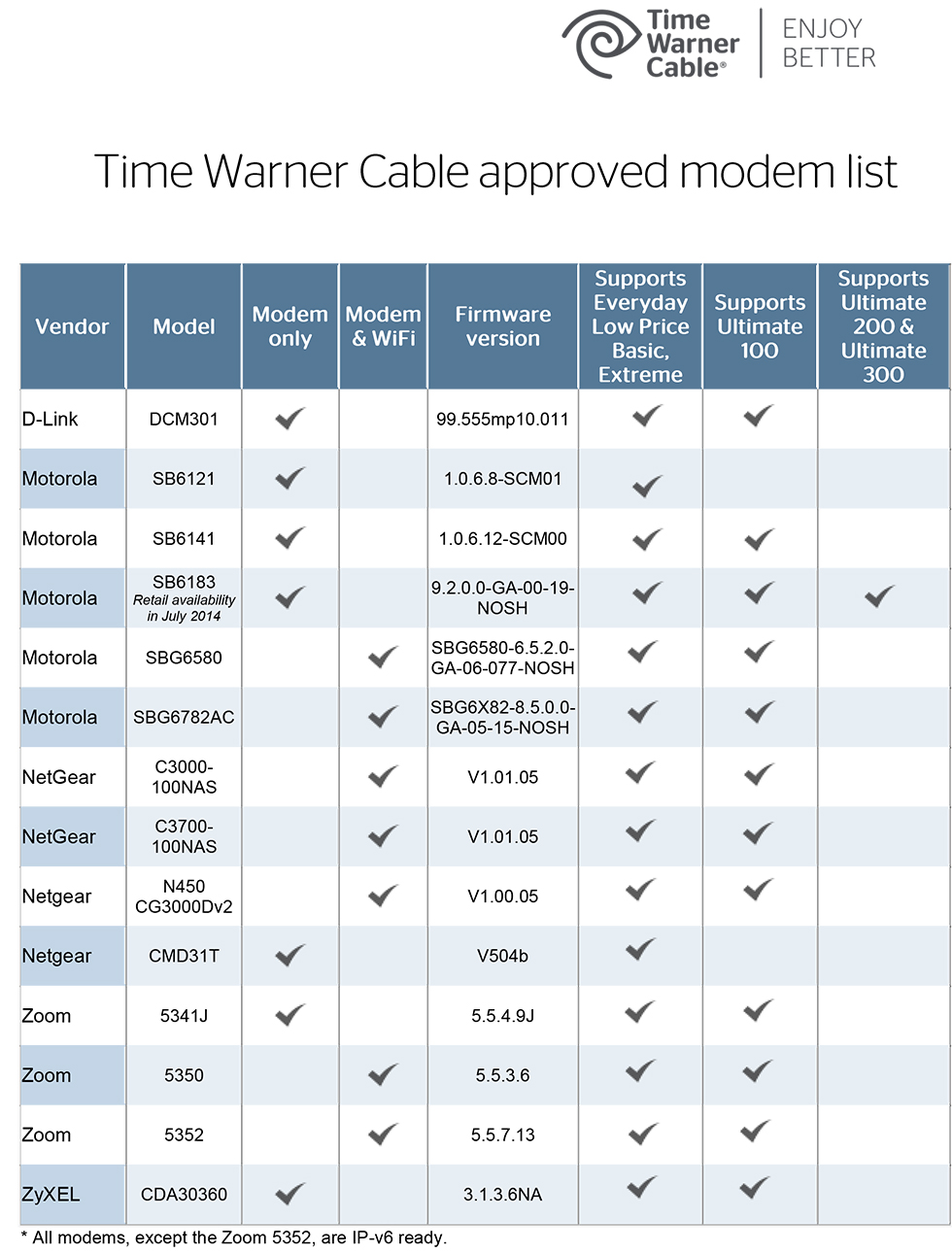 However, in order to get these 200 Mbps and 300 Mbps speeds from Time Warner Cable users will have to upgrade from their current models to the currently unavailable. The only modem that Time Warner Cable currently has on their approved list is the Arris (formerly Motorola) Surfboard SB6183. This modem is capable of 16×4 bonded channels which means it can do a maximum of 600 Mbps download and about 150 Mbps upload (theoretically). However, realistically users on Time Warner Cable will expect to see speeds of 300/20 Mbps download/upload with this modem. It has also been incredibly difficult to find any of these modems anywhere and the only place I saw any of them for sale was on eBay and surprisingly it was sold from someone in San Diego, likely testing out this new service in the area.

Needless to say, we’re very excited for this service to roll out over the course of the next month and will hopefully swap out our current SB6580 for one of these since we only use it in bridge mode as it is already as many users that have TWC’s Ultimate tier of service already do. However, if you don’t want to go out and get this modem, you should be able to still get 100 Mbps from Time Warner Cable’s service with nearly all of their approved modems.