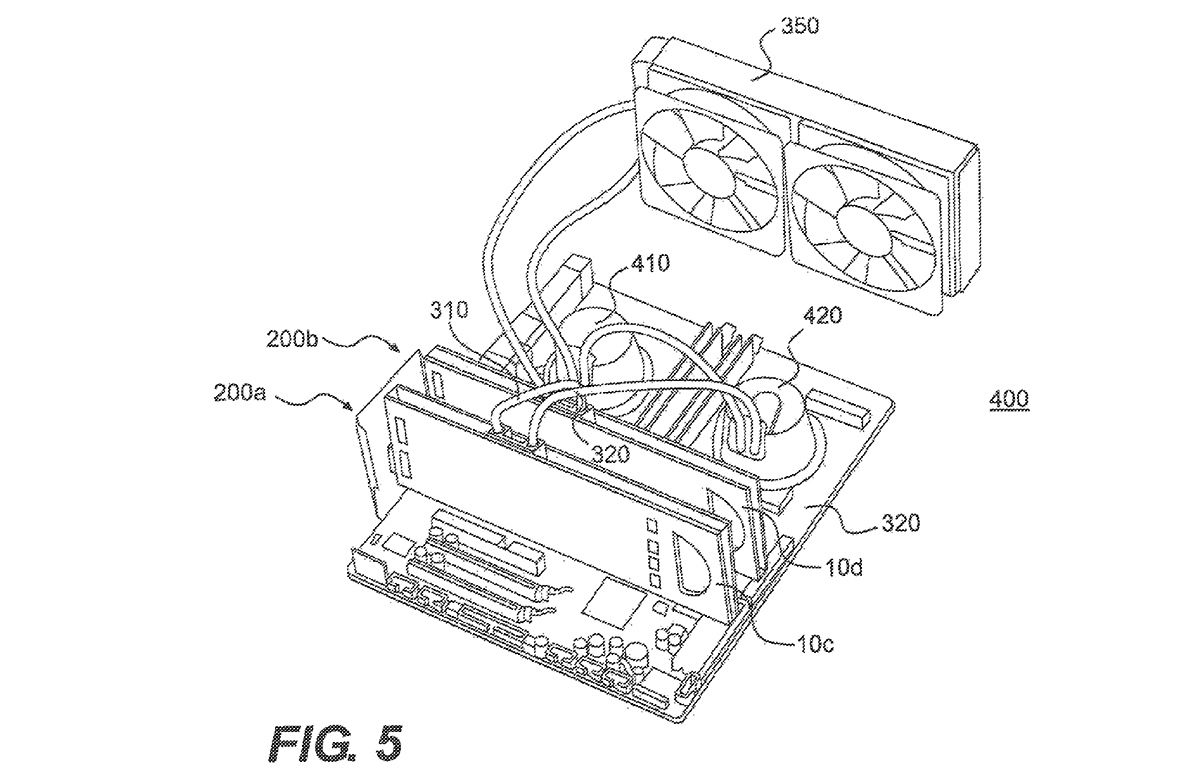 Yes, Asetek was recently granted a patent (2 weeks ago) that basically gave them a blank check to sue anyone that uses an form of liquid (or non-liquid) cooling on any add-in card. That includes any GPUs, RAID controllers, network cards or ANY device that may need additional cooling that isn’t air cooled (passively or not). Obviously, Asetek believed that they could get away with this patent because they wouldn’t directly butt heads with AMD and Nvidia because both of these companies mostly manufacture air cooled graphics cards, so friction is minimal. However, many of their AIBs and aftermarket companies like Swiftech and EK are directly going to be in infringement of this patent. And so will CoolIt, Asetek’s biggest competitor, if they make a GPU cooling solution to follow their CoolIT Omni GPU cooling solution.

Sure, Asetek’s patent has actually been in the works for the past 6 years, but that doesn’t change the fact that their solution is in no way unique or novel to what has already been implemented before. They’ve intentionally made their patent vague so that it wouldn’t appear to target graphics cards exactly, but the reality is that GPUs are the hottest possible add-in card you could install in your system and Asetek knows it. They’ve also made their patent intentionally vague in order to catch any other possible implementations where something like a Xeon Phi add-in card (as opposed to the socketed ones) would require cooling but isn’t technically a graphics card. 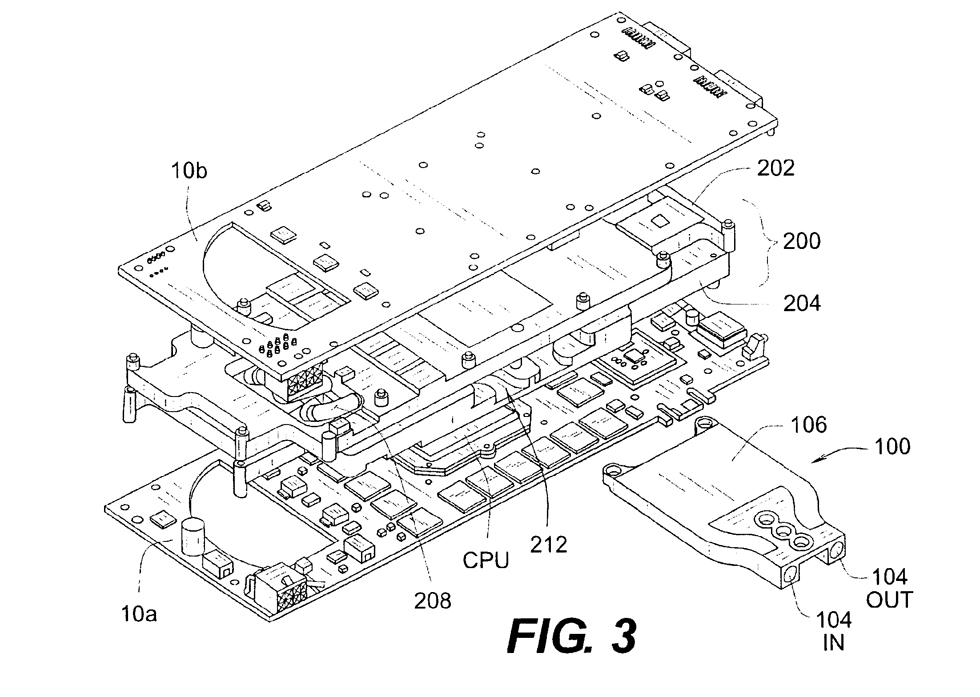 Their first patent application mentions a “graphics card thermal interposer” but fails to mention any innovations such as microchannels, which didn’t exist at that time but is mentioned in this granted patent filing. In fact, the actual patent that was granted changes the language to “Thermal interposer liquid cooling system” and includes both liquid cooling systems and cold plate assemblies. There are some included drawings as well, but if you get the jist of it, using the drawings and the claimed language, they’re basically trying to claim a patent on a self-contained GPU water cooling system where the radiator has a fan and is not directly attached to the GPU. So, if you read our review of the R9 295X2, you’ll know exactly what system we’re talking about. There’s no denying that they’ve designed an amazing system, the question is whether or not they really have the right to exclusively claim such a design when others have effectively already done the same thing. 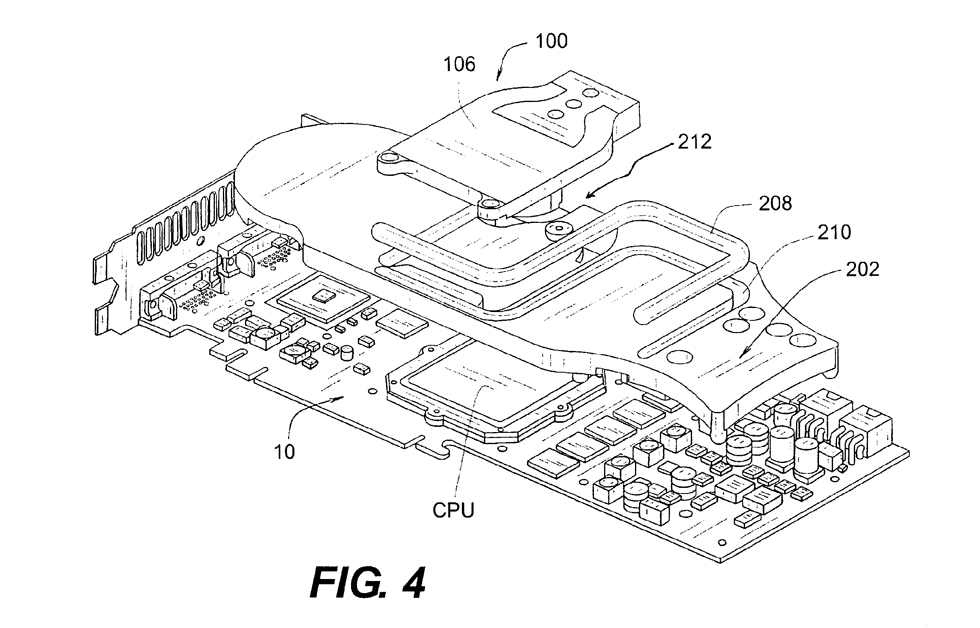 But as you can see, Asetek has had quite a few patents for various things which include server liquid cooling and generic liquid cooling solutions. However, Asetek has done this before time and time again, by patenting something that their competitors already have on the market and then using that patent to either kill their products or to get some sort of a cut. I remember the days of Asetek’s Vapochill (and the patents that went along with that) and their watercooling solutions. However, ever since Asetek has gone into LCLC (low cost liquid cooling) which are mostly self-contained systems, they’ve been on a patent rampage and have made the world of liquid cooling much less exciting. In our patent digging, we also found that Asetek’s founder actually has some patents of his own including some recent ones.

Either way, what Asetek is referring to in their patents may be something that they’re incredibly good at, but I don’t see anything that makes their own application unique or worthy of a patent.