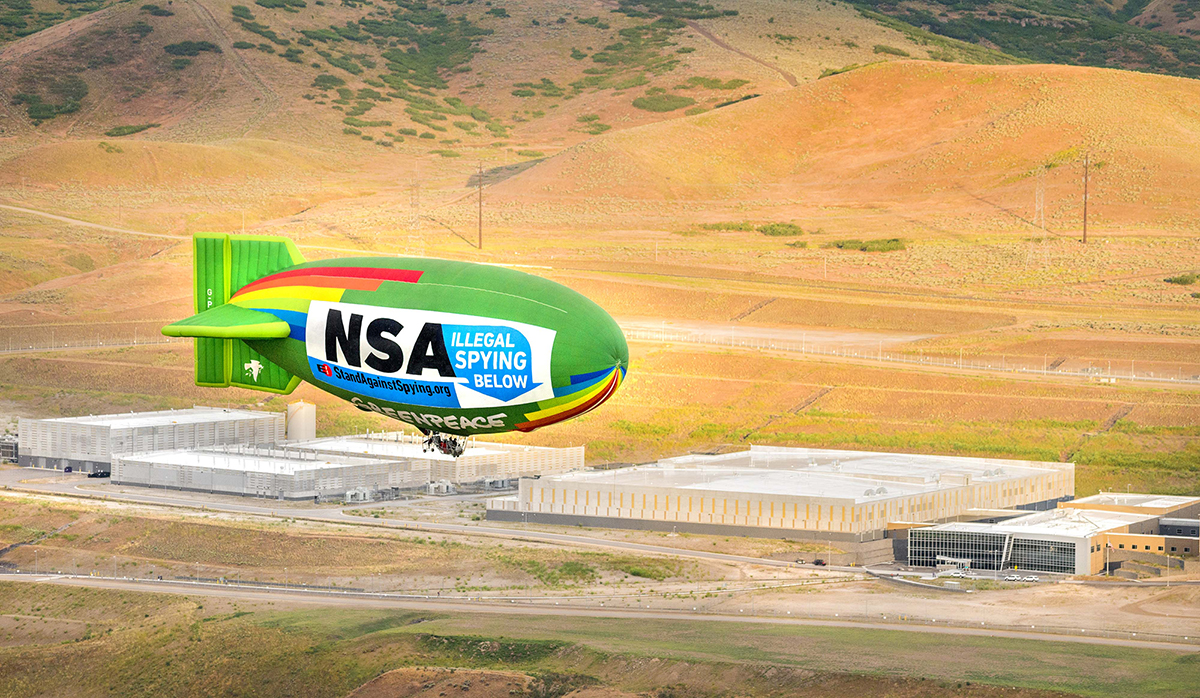 A coalition of grassroots groups from across the political spectrum joined forces to fly an airship over the NSA's data center in Bluffdale, Utah on Friday, June 27, 2014, to protest the government's illegal mass surveillance program. The environmental group Greenpeace flew its 135' long thermal airship over the data center carrying the message "NSA Illegal Spying Below". Photo by Greenpeace

The Washington Post is reporting via documents obtained from Edward Snowden that the NSA is collection hundreds of thousands of records, upwards of 160,000 communications, most of which are completely irrelevant to the target person or people. After spending four months analyzing the data which included 22,000 reports and 160,000 data intercepts, the Washington Post was able to discern that a whopping 89% of the total data collected was from non-targets or mere bystanders.

The records obtained by Edward Snowden and passed on to the Washington post spanned 4 years of records that started in 2009 and ended in 2012. Obviously, they are merely a sliver of what was actually collected, but gave a fairly good idea of what kind of net the NSA has been casting with their programs and how unabashedly they are collecting innocent people’s data. 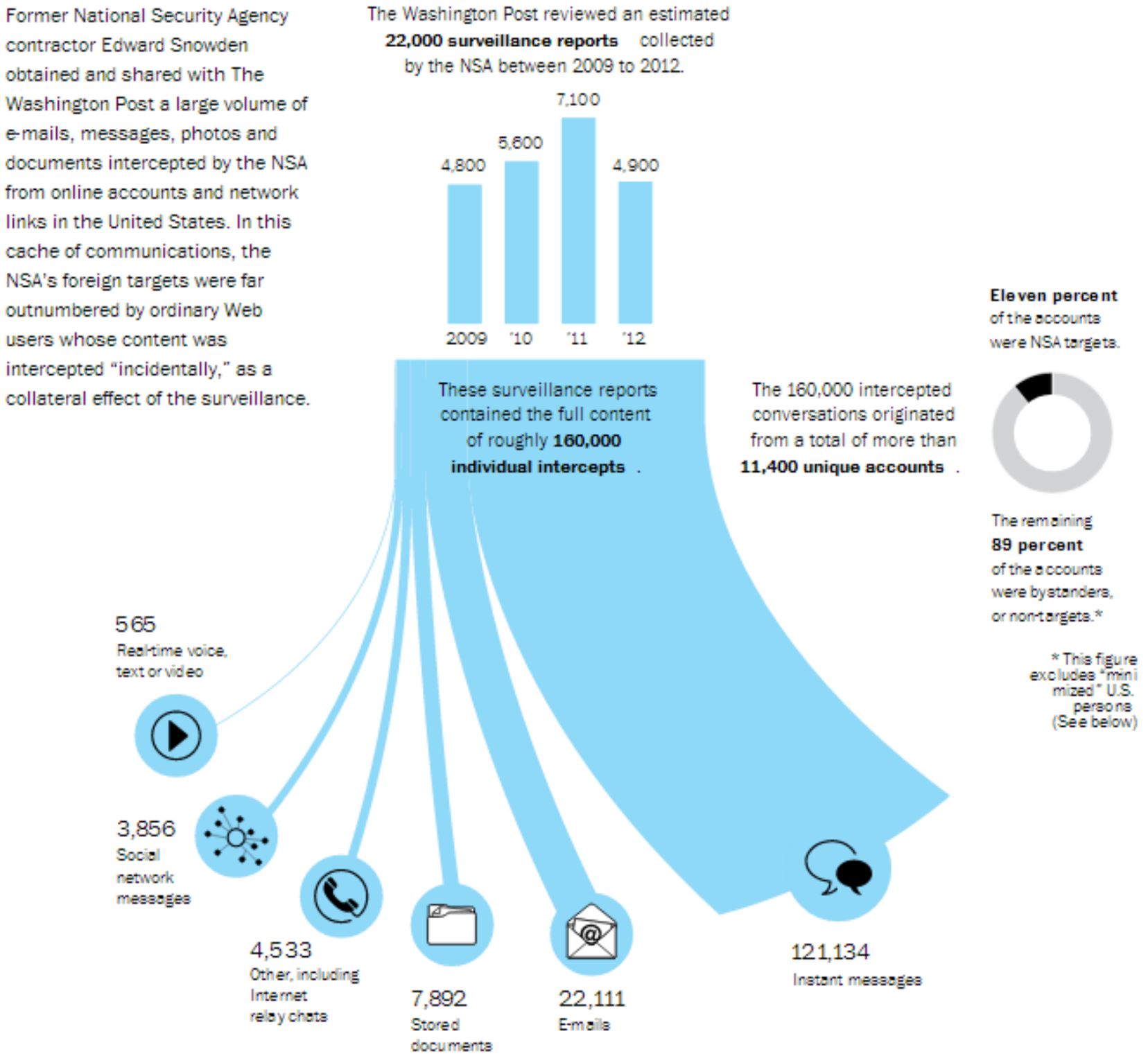 The data above also shows a vast increase in spying on people as Obama took office, indicating that the NSA’s activities only increased under his presidency. This would make a lot of Obama’s own biggest supporters very worried as he was supposedly working to curtail such programs as a senator. Nonetheless, the Washington Post and Edward Snowden never disclosed that they had these reports and documents which detail the scope and detail of the NSA’s spying from 2009 to 2012.

Ultimately, these programs are a self-fullfilling prophecy where the government continues to spy on more and more people without any probable cause and doing so on such a scale that it becomes almost impossible to control. These programs, like many other government programs seek to enlarge themselves from year to year and in many cases result in larger and larger bureaucracies that seek to increase their own size regardless the cost. A good example of that is with the war on drugs, many agencies involved in such programs are become ever more militarized and as a result have stepped up the scale of the war on drugs which results in needing more funding to maintain competitiveness. The real truth is that the NSA spent $1.5 billion on a data center to warehouse all of the data they’re collecting on us and it won’t be the last either. If we continue to allow the NSA to spy with the use of FISA as a vehicle, they will only become more and more invasive and dangerous.