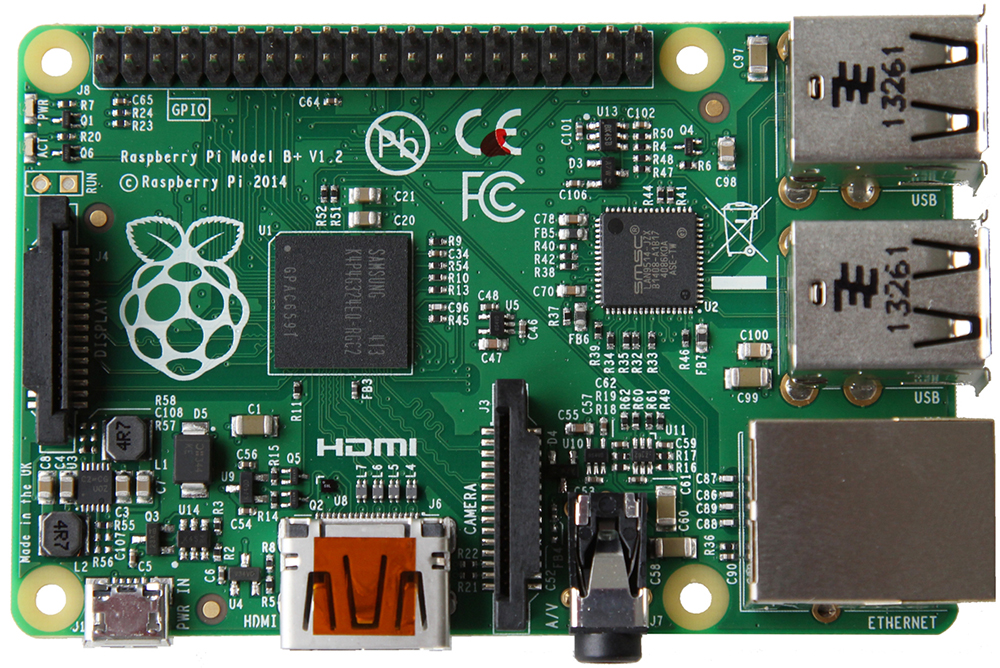 The Raspberry Pi Foundation today announced the final revision of the original Raspberry Pi development board. The Raspberry Pi development board since its introduction has actually sold over 3 million units globally, indicating the undoubtable success of the hardware platform. One of the major reasons why Raspberry Pi has been so successful is because of the relative inexpensiveness of the hardware itself and what it enables. At $35 a board, the Raspberry Pi allows for a fairly decent level of computing and graphics without needing to worry about the costs of building a full hardware platform or an operational PC. This is all powered by Broadcom’s BCM2835 which allows for an acceptable level of performance at an incredibly low cost (enabling the $35 price).

The new Model B+ board is very similar to the Raspberry Pi Model B, but with a few major physical modifications, rather than performance ones. As such, they aren’t calling this the Raspberry Pi 2, but rather the Model B+. The Model B+ is a more compact and refined version of the Model B with more USB with more overall connectivity. This includes the expanded GPIO who’s connectivity expands from 26 to 40 pins, while the first 26 pins of the GPIO headder remain identical to the Model B. As we had stated earlier, the new Model B+ Raspberry Pi also features more USB 2.0 ports, increasing from 2 to 4, potentially adding more functionality through USB devices. They also have changed the SD card slot to a MicroSD push-push connector rather than a standard friction based SD card slot (not MicroSD).  This allows them to significantly reduce PCB space taken up by the SD card connector which frees up more space for other things on the PCB. 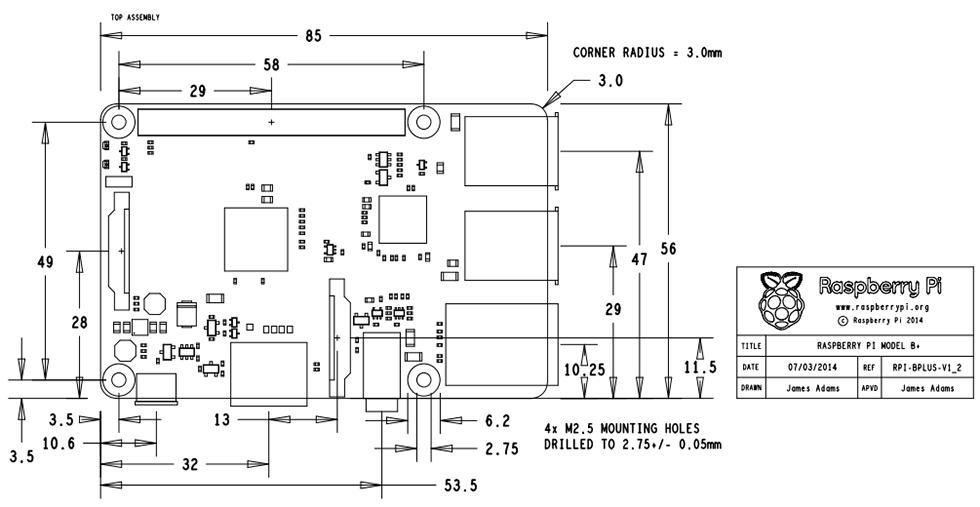 In addition to the physical changes they’ve also managed to reduce power consumption by replacing some regulators. As a result of these modifications they’ve reduced power consumption by about a half a watt to a whole watt. However, the power consumption of the Raspberry Pi really varies upon what you have plugged into it and how much of it you’re using at the same time. They’ve also improved the quality of the audio of the Raspberry Pi by adding a dedicated audio circuit with a low-noise power supply. This change in addition to moving the composite video connector onto the 3.5mm jack.

They’ve also changed the formfactor of the Rasperry Pi a bit in order to make mounting it a bit easier inside of a custom-built enclosure. There are already tons of Raspberry Pi purpose built enclosures, however, they’ve now made it much easier to mount and built enclosures for because of how they’ve aligned the mounting holes and the USB ports/connectors.

What’s the best part about all of these improvements is that The Raspberry Pi Foundation has successfully made all of these changes without changing the price at all. So you can already get the new Raspberry Pi Model B+ for the same $35 that the Model B sold for.