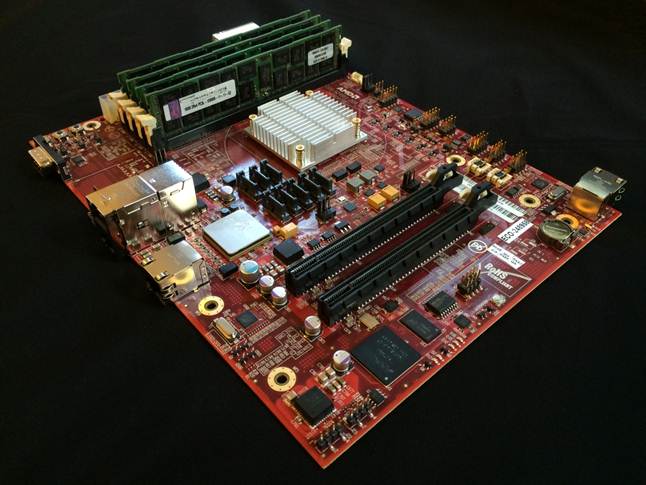 AMD [NYSE:AMD] has announced that they are making available their AMD Opteron A1100-Series developer kit to developers, using the company’s own 64-bit ARM A57-based CPU codenamed “Seattle”. These developer kits, which will be priced at a hefty $2,999 dollars will enable developers of enterprise applications to code their applications for AMD’s 64-bit ARM server processors. AMD is currently the only company offering a full ARM server stack that includes software, hardware, and platform support. They’re the biggest company currently in the ARM server market, but that is both a good thing and a bad thing. Its good because they technically don’t have many competitors, yet, but its also a bad thing because some of their potentially bigger ARM competitors still haven’t released ARM server chips, which could be telling.

AMD states that the AMD Opteron A1100-series chips support configurations of both 4 and 8 Cortex-A57 cores with up to 4MB of shared L2 and 8MB of shared L3 cache. It will also support both DDR3 and DDR4 memory with ECC, at speeds up to 1866 MT/s (also formerly known as 1866 MHz). They also support up to four DIMMs of memory, being SODIMM, UDIMM or RDIMMs. It will also sport 8 lanes of PCIe Gen 3, which is essentially good enough for a single GPU configuration if you want to tie a GPU to these ARM cores for parallel processing. It will have an impressive 8 SATA 3.0 ports and two Gigabit Ethernet ports for connectivity. AMD also states that this server chip will have AMD’s TrustZone technology for security as well as crypto and data compression co-processors. 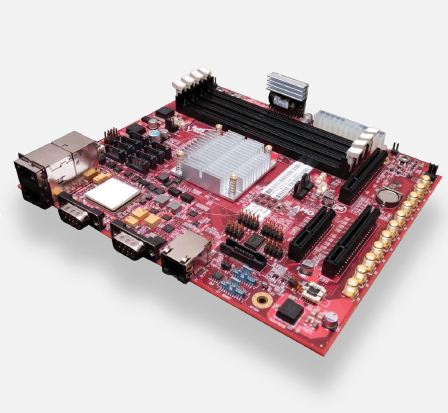 The dev kit itself, which includes one of these processors is mounted on a microATX motherboard which is pre-configured with a 4 core AMD Opteron A1100-series chip (the lower model) as well as 2 registered DIMMs with a total of 16 GB of DDR3. And it will have PCIe connectors configurable as either a singe 8X slot or two 4X slots. It will also make full use of the AMD Opteron A1100’s 8 SATA support by having 8 SATA 3.0 connectors. The system will be running a Linux environment based on Fedora and will have a standard Linux GNU tool chain and platform device drivers. It will also come with Apache web server, MySQL database engine, and PHP scripting language for web dev purposes. It will also come with both Java 7 and Java 8 versions for this platform to allow for them to develop in a 64-bit ARM environment.

If you’re interested in trying out AMD’s new 64-bit ARM Opteron A1100-series chips, then you should head on over to AMD’s landing page and sign up to get one (and fork over $2,999). This announcement is in conjunction with Redhat’s announcement of an ARM Partner early access program for a partner ecosystem. I’m not entirely sure why AMD is pricing these ARM servers so high, even if they are development boards. Perhaps it did cost them a lot of money to develop these boards and to manufacture them in low quantities, but $2,999 is pretty restrictive and will limit the developers to only the very large companies, which may be what AMD is trying to do. But, in AMD’s current position in the server market and their current market share, they should be trying to sell as many as they can, not as few as they can. It is good to see that AMD is continuing to move forward and improve their position in the server market, but it remains to be seen who will adopt this new technology and how cost effective it really can be versus what’s deployed now.