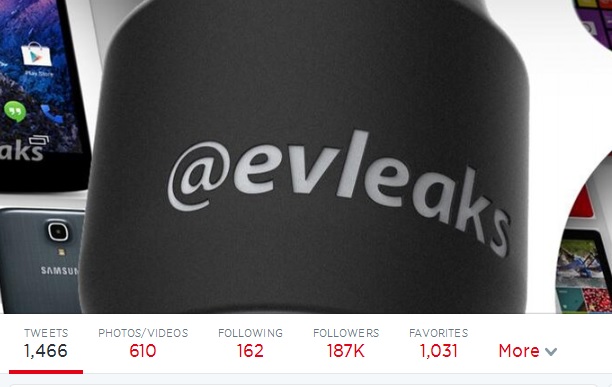 The web’s most prominent serial leaker has announced his retirement from the business.

Evan Blass, better known by his nom-de-web Evleaks, announced his retirement on Twitter over the weekend. Citing his declining health due to multiple sclerosis, and his inability to find a sustainable way to monetize hardware leaking, Blass decided to call it quits.

All good things must come to an end. Thank you for an amazing two years. [RETIREMENT]

“It mostly comes down to money,” Blass said in an interview with The Next Web. “Trying to monetize a stream of Twitter leaks is not easy. First I tried monthly sponsorships. Then weekly. Then single sponsored tweets. I took donations — felt like online panhandling.”

Blass said that efforts to monetize his website — evleaks.at — failed because there was little incentive for users to visit the site. Blass posted most of his content on Twitter, and the bulk of those that did visit his site used some sort of adblocker.

For Blass his favourite leak was the HTC M8 Prime, a phone that, while dead now, has a 3D rotating render that is just “beautiful, hypnotizing” as he said to TNW during the interview.

Blass won’t likely be making a return to the gadget leaking scene anytime soon, as he said he’s planning to start another career now and is looking for a more stable full-time position — with a 401k.