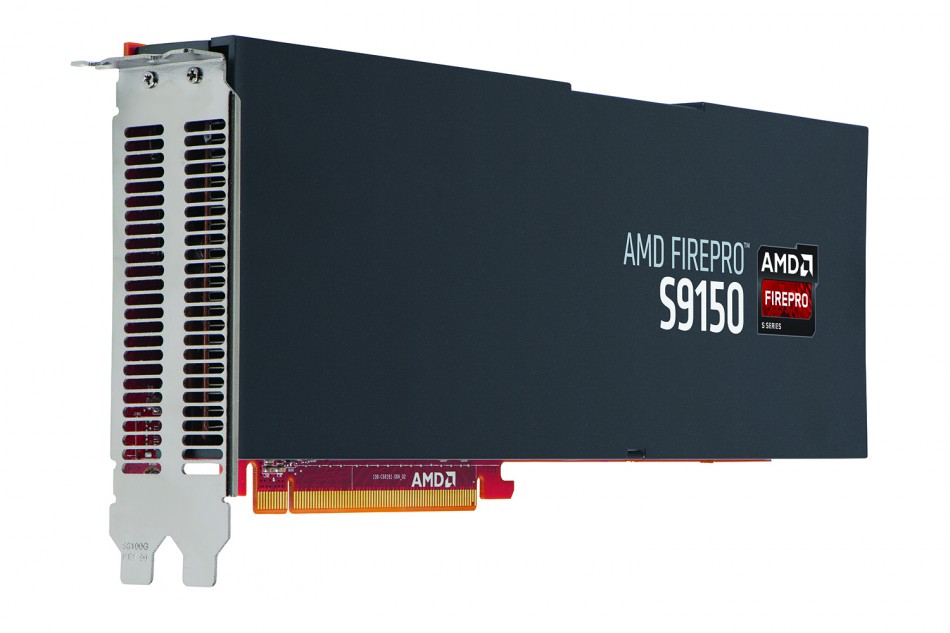 AMD launched Wednesday the FirePro S9150, and was quick to claim that it’s the most powerful GPU ever built for High Performance Computing (HPC) applications.

While the S9150 is yet to be independently benchmarked, the performance numbers coming from AMD would put the card squarely ahead of Nvidia’s high-end Tesla K40. With its 2,816 processing cores and 16 GB of GDDR5 memory, the FirePro offers double-precision peak performance of 2.53 teraflops, while Nvidia’s high-end Tesla K40 can push out 1.43 teraflops. When looking squarely at single-precision performance the margins narrow, with the FirePro S9150 clocking 5.07 teraflops, compared to the 4.29 teraflops for Nvidia’s Tesla K40.

“Today’s supercomputers feature an increasing mix of GPUs, CPUs and co-processors to achieve great performance, and many of them are being implemented in an environmentally responsible manner to help reduce power and water consumption,” David Cummings, senior director and general manager, professional graphics, AMD, said in a statement. “Designed for large scale multi-GPU support and unmatched compute performance, AMD FirePro S9150 ushers in a new era of supercomputing.”

But while AMD can claim the HPC crown for now with the Firepro S9150, this reign is expected to be short lived as Nvidia is expected to upgrade its Tesla lineup to take advantage of its new Maxwell GPU.

AMD also announced the lower-end FirePro S9050, which has a slower GPU,1,792 processor cores, 12GB of GDDR5 memory and a slightly lower TDP of 225 watts.

AMD has chosen Sapphire Technologies to be its add-in board partner for these cards. No word yet on exact release date or pricing.