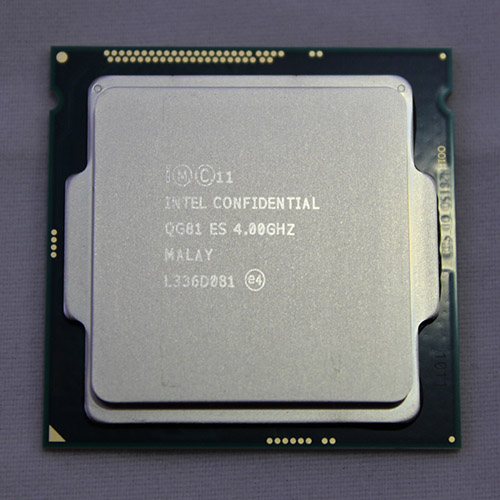 The 4690K and 4790K are the new chips that have four cores running at 4GHz (with 4.4GHz Turbo / 4.5 Max single core Turbo). These were created with the goal of being able to provide higher clocks stably so there are new features that have been added to these chips. There are added capacitors and beefed up power delivery design with these CPUs.

One of the much talked about new features is the reworked TIM called Next-Generation Polymer Thermal Interface Material (NGPTIM). With the enhanced specs of Haswell comes a higher Wattage spec for these chips as well, now at 88W (4790K) up from 84W (4770K). The Z97 is spec-ed for these chip’s higher wattage, and they were initially only going to be allowed on the Z97 boards. Intel did change their mind before release and will allow companies to add in support for these chips to some of its current Z87 boards. This will likely require a BIOS update and limited support to the beefier z87 boards that can handle the expected loads. 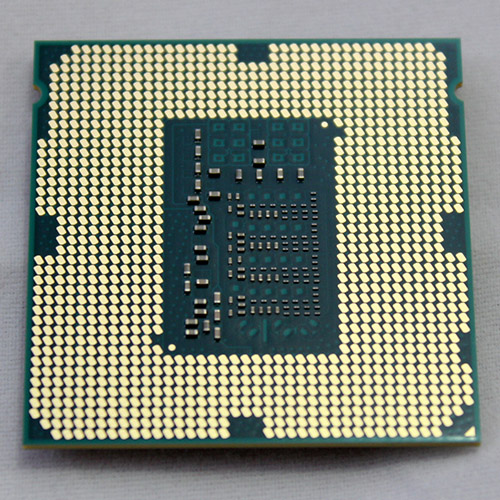 Testing of the 4790K ES was done with the MSI Z97 MPOWER MAX AC (watch for the review coming up), with a closed water-cooling loop Asetek design from Thermaltake that has a dual 120mm fan radiator. The benchmarks will show the highest speed the benchmark was able to run and remain stable at.

After hours of tinkering and the failure to attain the goal of 5GHz which had been set, I found a very solid clock speed of 4.7GHz (47×100), at 1.29v. It was clear that quality cooling this processor is priority number one for anyone expecting to run one with stability. Going above 4.7GHz required substantial voltage bumps for each small jump in speed. Though 5GHz and slightly above was possible with the same cooling setup, it was only stable enough for the single threaded benchmark load. The increased voltage made it very touchy with stability under load. I settled in with 4.7GHz as I was able to run the speed with low voltage and was solid.

At 4.7GHz paired with DDR3 2400 RAM this is a formidable system for sure. It is an absolute beast in gaming benchmarks as well as productivity benchmarks. 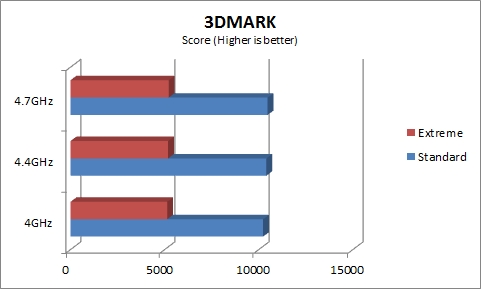 You can see that the scores do go up incrementally with the CPU speed increases, although not drastically in the overall scores. This shows that the CPU scores are very heavily outweighed by GPU performance in overall results 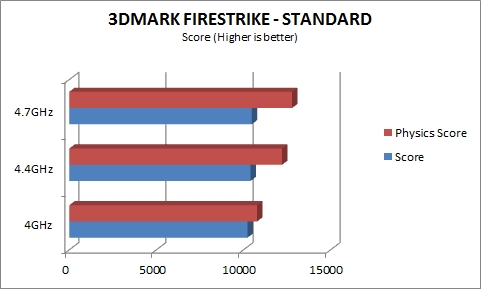 The scaling of the physics score is in line with what can be expected. You can see the gain that can come with a decent overclock on the 4790K. 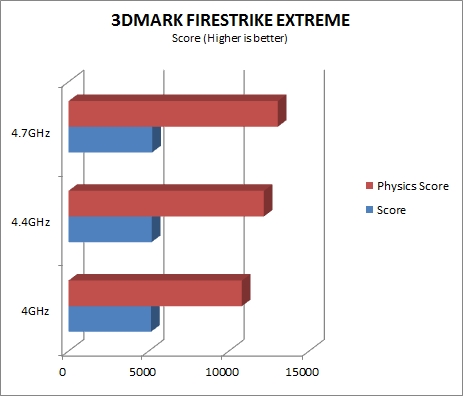 Again the scaling is in line with what you would expect on the Extreme test. 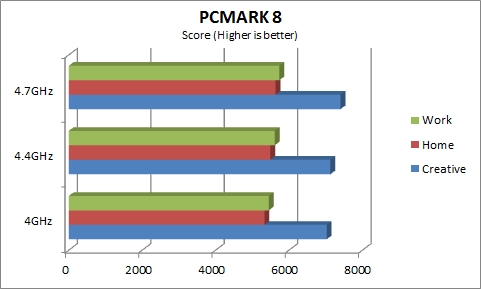 There is fairly uniform scaling across all three benchmarks that were done. 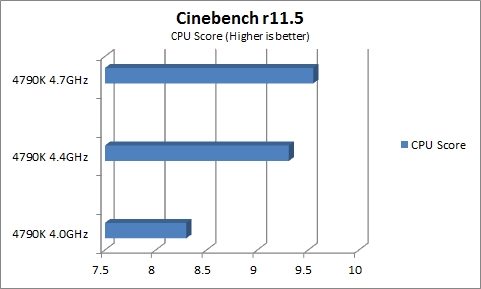 Cinebench performance was good and it scales nicely with the frequency increase. 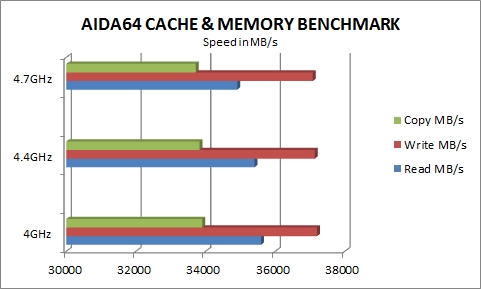 As you can see the numbers are about the same across the board with the memory at 2400 at all speeds. The numbers are especially strong and are even rivaling a quad channel setup.

Looking back I am extremely happy with my clock of 4.7 GHz achieved with this chip. Being very stable at this speed, paired with the very nice bandwidth of the RAM will be ideal. If the retail version holds true to these ES chips there is no doubt you will see many people running these up to 5GHz. It is going to be interesting as it will be harder on the cooling under load, we will likely be seeing people running fairly high voltages.

The disappointing thing is that these are really no better than the previous gen standard Haswell K SKUs. They are just as random with the overclock ability, it is hit or miss and it’s unfortunate that with these new adjustments to the “sauce” that we don’t see the majority of them surpassing 4.6 GHz with ease.

This is very apparent when looking at overclockers who test many CPUs looking for their ideal piece of hardware. Many who might test 10+ different CPUs are reporting that the results are all over the place and you don’t really see a tight average grouping of their tests. I noticed that I wasn’t getting a boost in memory clocking with the Devil’s Canyon as well.

The furthest I was able to push it with my previous Haswell (4670K ES) was about 2.8 GHz, I find I am topping out there as well. Though I don’t have some kits to push even further I can say that the RAM overclocking is good. Unfortunately, I am finding that I am hitting the wall of my memory kit and can push no further. As someone who is looking to get back into extreme overclocking I am personally finding this disheartening, I will have a tough time to find my ideal piece.

Is it worth a buy?

I do not suggest that you upgrade from the one of the previous Haswell K CPUs. I think that spending the money to upgrade with the possibility of little or no improvement wouldn’t be worth it. So at the end my main thought is that it is a nice improvement and a great CPU, but not worth the upgrade from 4670K or 4790K. I look forward to what Intel’s engineers come up for us overclockers next.