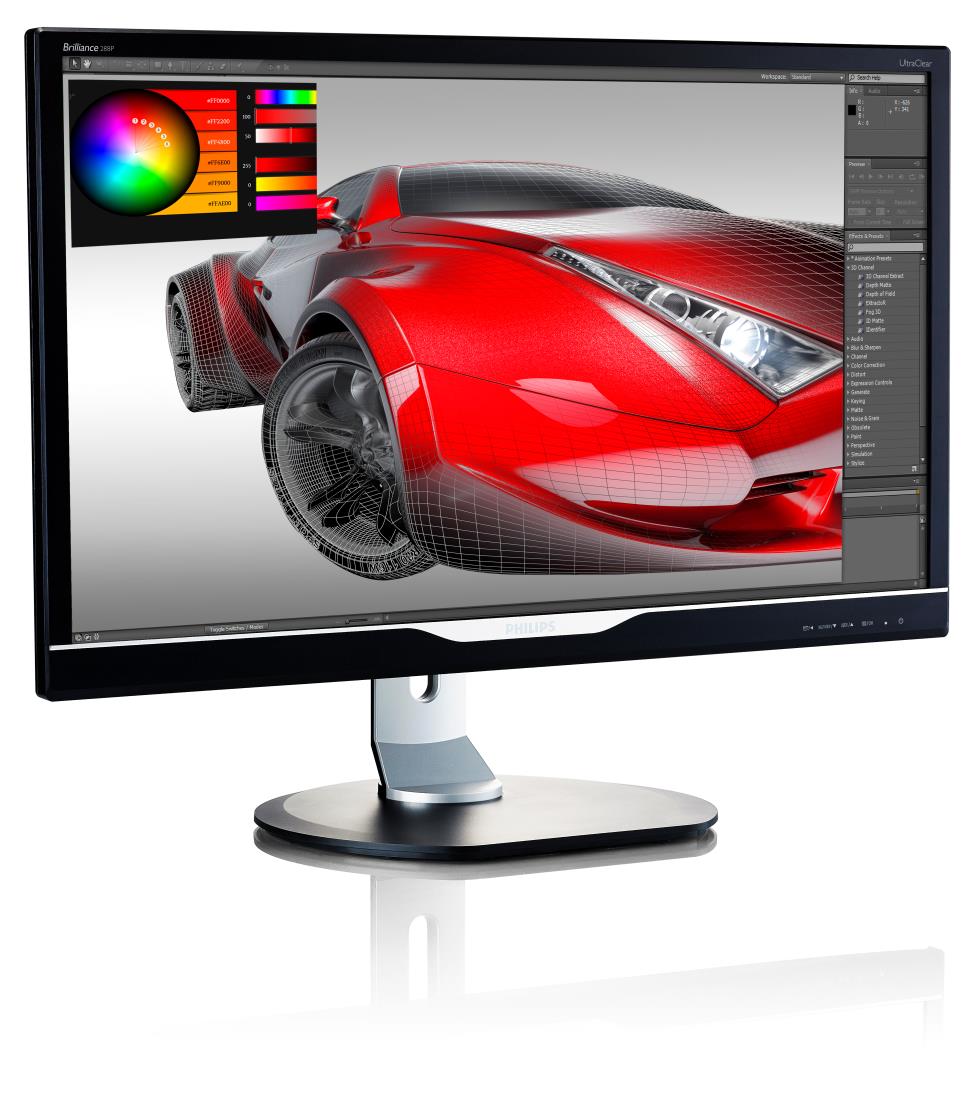 UltraHD monitors have steadily been becoming more affordable, and today’s announcement from Philips reinforces the notion that 4K monitors are set to go mainstream. The Philips 288P6LJEB outputs UHD (3840 x 2160) at 60Hz and comes with a bevy of connectivity options that include VGA, DVI, HDMI 1.4 (MHL support) and DisplayPort 1.2. The monitor also sports two USB 2.0 and USB 3.0 ports along with two 3W speakers.

Philips’ offering comes with pivot/swivel functionality and an adjustable vertical mount, which allows the monitor to be elevated by 15cm. The monitor’s 300cd/m2 TN panel features a dynamic contrast ratio of 50,000,000:1 and a response time of 1ms. Also included is a VESA mount (100x100mm) and a Kensington lock. The 288P6LJEB has great viewing angles, which is at 170 degrees when horizontal, and 160 degrees in vertical mode. One of the novel features offered by Philips include a MultiView, through which you can connect multiple devices to the monitor simultaneously.

Philips is offering the 288P6LJEB for sale on Amazon in the US for $599, down from the monitor’s retail price of $799. In European countries, the monitor will be available for €599.