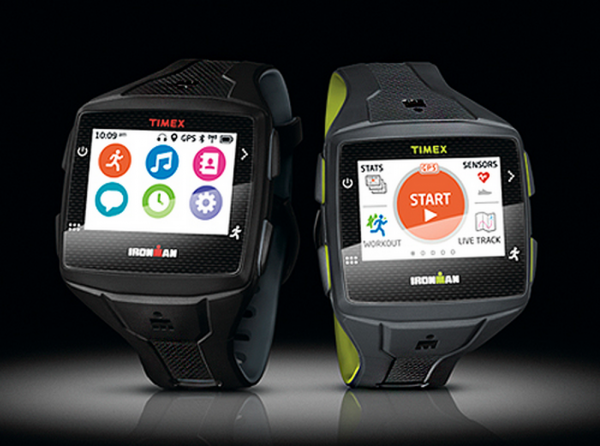 Qualcomm is flexing its muscle in the wearable segment by collaborating with Timex in launching the Ironman One GPS+, a smartwatch that provides standalone wireless connectivity without the need to pair with a smartphone. The Ironman One achieves this thanks to a Qualcomm processor that has a built-in modem for wireless connectivity. Data connectivity is provided by AT&T, which is offering one year of free data to all users purchasing the smartwatch in the US and Canada.

Qualcomm isn’t just providing the modem, however, as the smartwatch also includes the chipset vendor’s always-on Mirasol display technology. First seen on the Qualcomm Toq, the Mirasol display is claimed to offer much better visibility in bright conditions, a feature that is a must have for a watch designed for athletes. Being a standalone smartwatch, the Ironman One features an email-based messaging system which allows your contacts to get in touch with you by sending an email to a unique email address that is synced to the watch. Other connected features include the ability to track your location and fitness data in real-time, broadcast your location and the ability to send an alert with your location information to your contacts.

The Ironman One also comes with 4 GB of built-in storage for music, which you can playback and listen to via a Bluetooth headset, and water resistance up to 50 meters, another feature designed for athletes. Timex is touting the ability to run and listen to music without carrying your smartphone with you as one of the main selling points of the smartwatch, and we tend to agree in this regard. Overall, the Ironman One has the durability and ruggedness that has been standard in the Ironman series of watches for over thirty years, but builds on that with connected features that boost the functionality of the watch by a huge margin.

Standalone smartwatches are set to launch into the mainstream this year, with Samsung also heavily rumored to launch its SIM-enabled offering, the Gear Solo, at the IFA next month. While adding a SIM-card slot for making voice calls directly from the smartwatch is a novel idea, it has its own technical challenges to overcome, such as battery life conservation. Qualcomm’s solution in this regard, which does away with a tradition SIM card and instead sees the addition of a wireless modem, is interesting. While the Qualcomm Toq served as a reference design to showcase the functionality of Mirasol, the current collaboration with Timex will serve to highlight the technologies Qualcomm is working on in the connected segment.

Timex has announced that the Ironman One will be available later this year on its website, AT&T stores and online, as well as a host of retailers for $399. It’s available for pre-order now on Timex’s website.