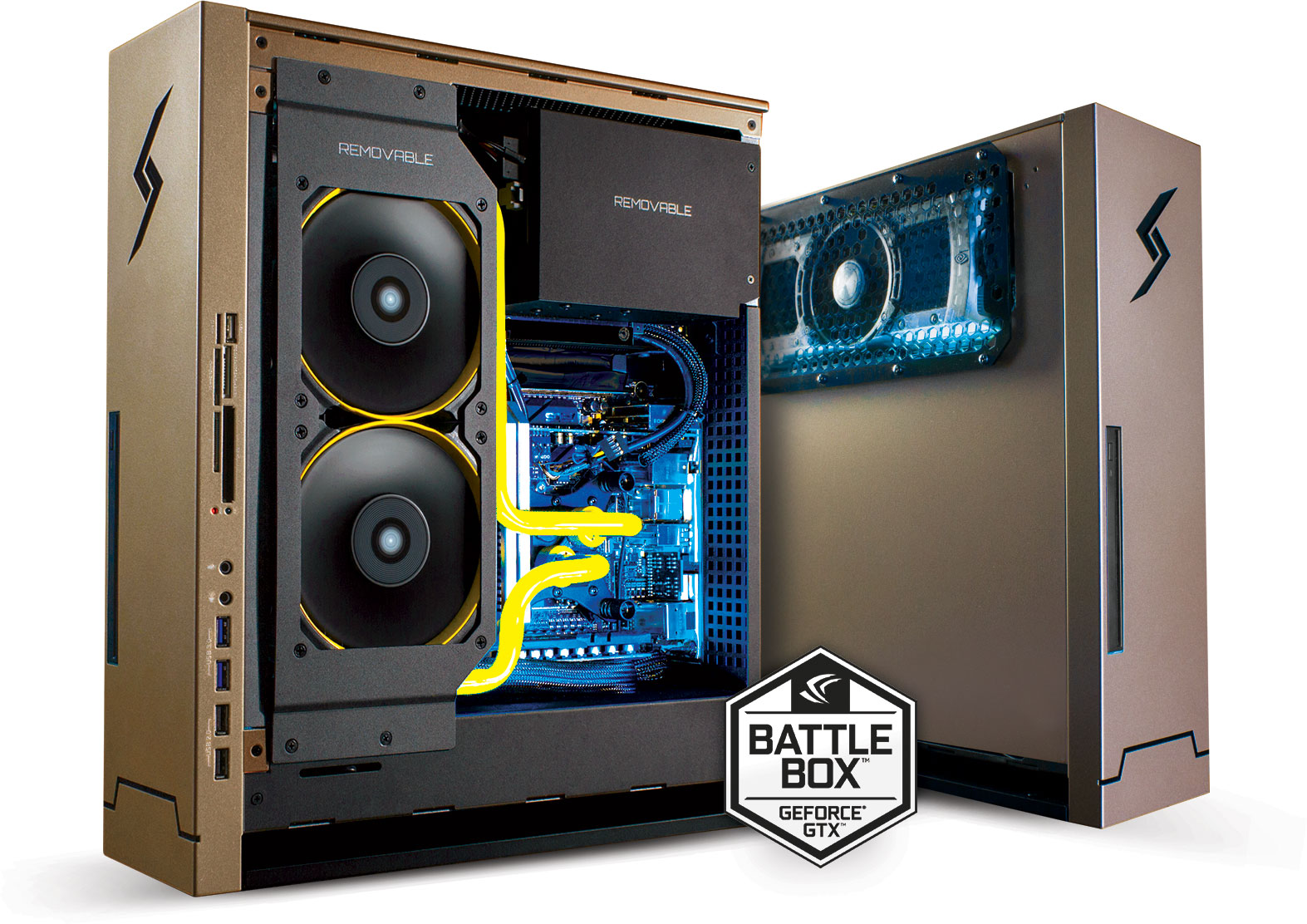 Rather than just upgrade the components in an existing system, Digital Storm redesigned the Bolt II to house the company’s new Hardline Cooling System. The custom liquid cooling components include a 240mm radiator, pump, and acrylic tubing that delivers vibrant yellow coolant to key components in the Bolt II’s tiny chassis.

The base specs are:

The Bolt II Battle Box can be purchased here.