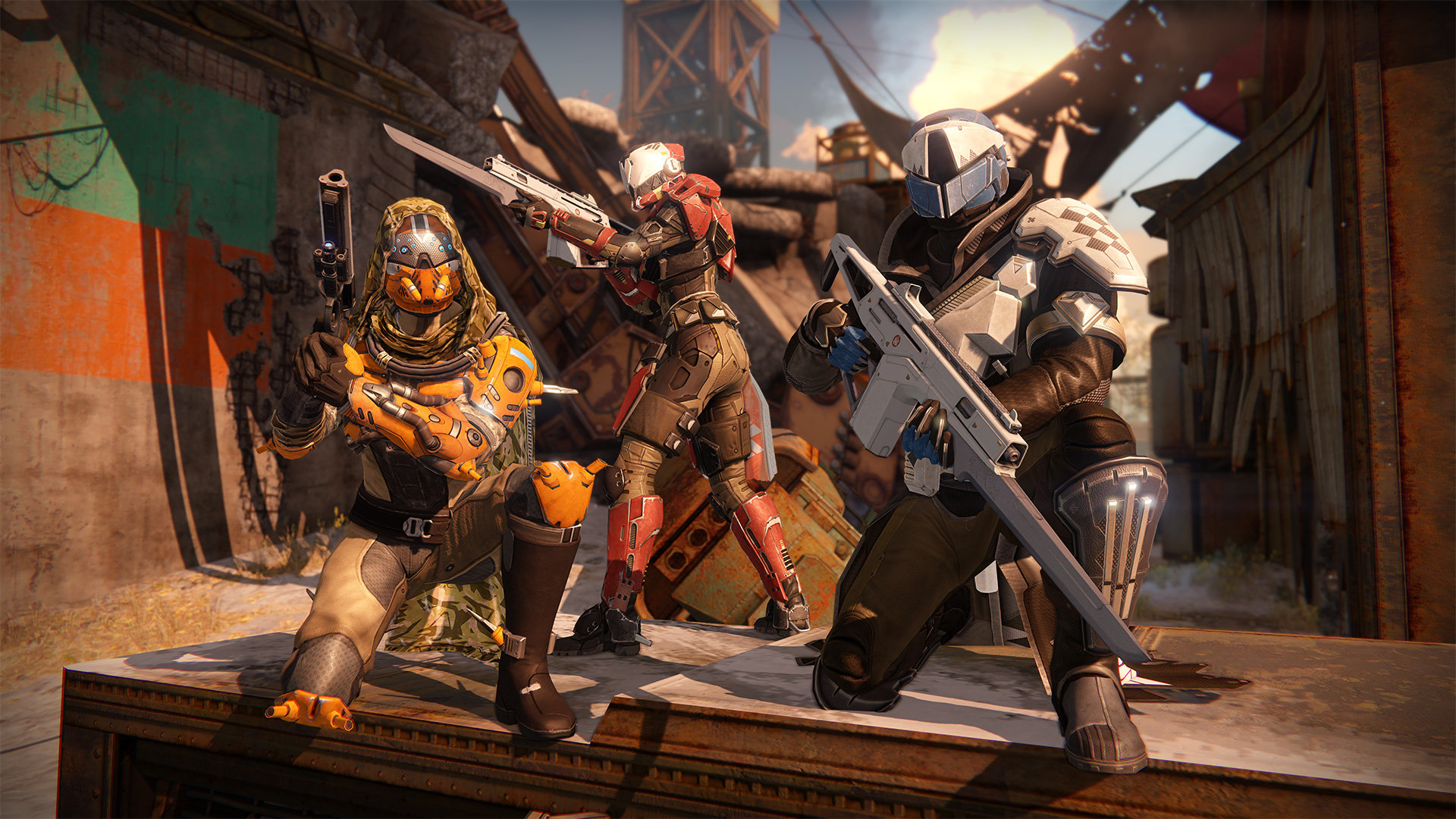 Destiny is less than a week away, and PlayStation has just detailed the exclusive map Exodus Blue in a new video.

The PlayStation exclusive multiplayer map is optimized for 3-on-3 and 6-on-6 matches in Destiny‘s Crucible PVP mode. It supports five gametypes including Skirmish, Control, Salvage, Clash and Rumble. Skirmish, a 4-on-4 team deathmatch mode, is shown during the footage.

In terms of aesthetics, Blue Exodus heralds a return to Old Russia, a region scattered with broken buildings and breathtaking sun-lit vistas that all beta players will remember. The map itself is built around an old colony ship called Exodus Blue that served Earth during the Golden Age of expansion brought on by the gifts of the Traveler. 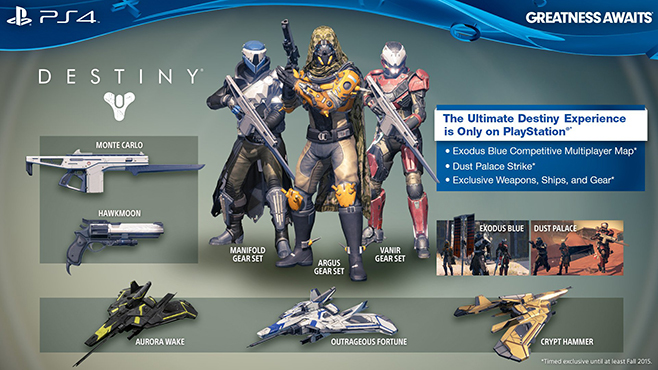 The PlayStation exclusives for Destiny include some nifty extras like guns, armor, ships and multiplayer maps.

Sony’s partnership with Bungie for exclusive content provides access to some other interesting additions, ranging from specialized weapons, class-specific armor sets, and even customized starships.

PlayStation gamers will get rare armor sets like the Warlock’s Manifold Gear, the Titan’s Vanir plateguards, and (my personal favorite) the Argus gear for the stealthy Hunter. 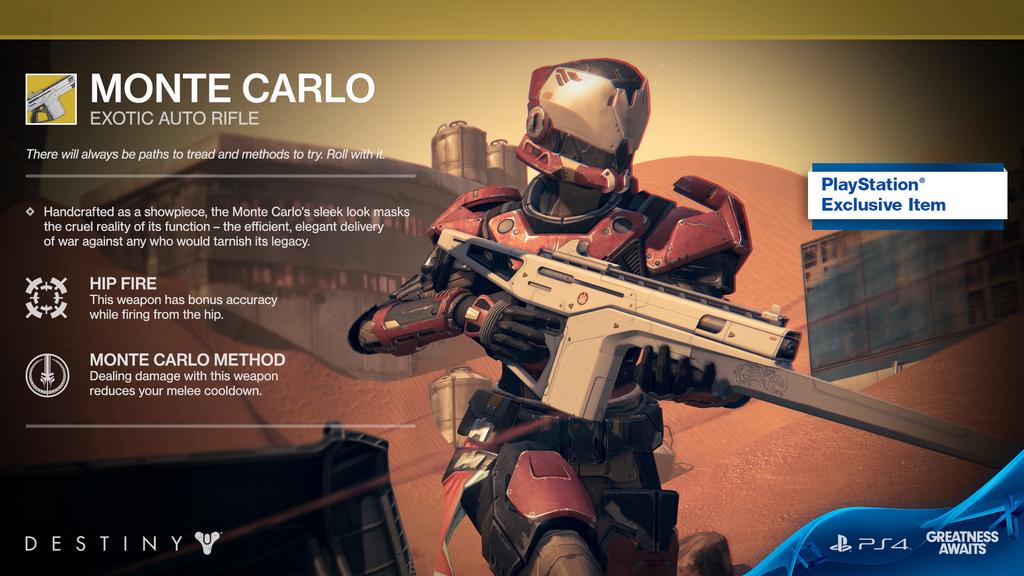 There will always be paths to tread and methods to try. Roll with it.

Traditionally auto-rifles will do less damage that Scout Rifles, but have high rates of fire and often have their own varying traits. As found in the image above the auto-rifle sports two mods, but we might be able to expect a few extras to make sure every PS3/PS4 gamer doesn’t have the same gun. 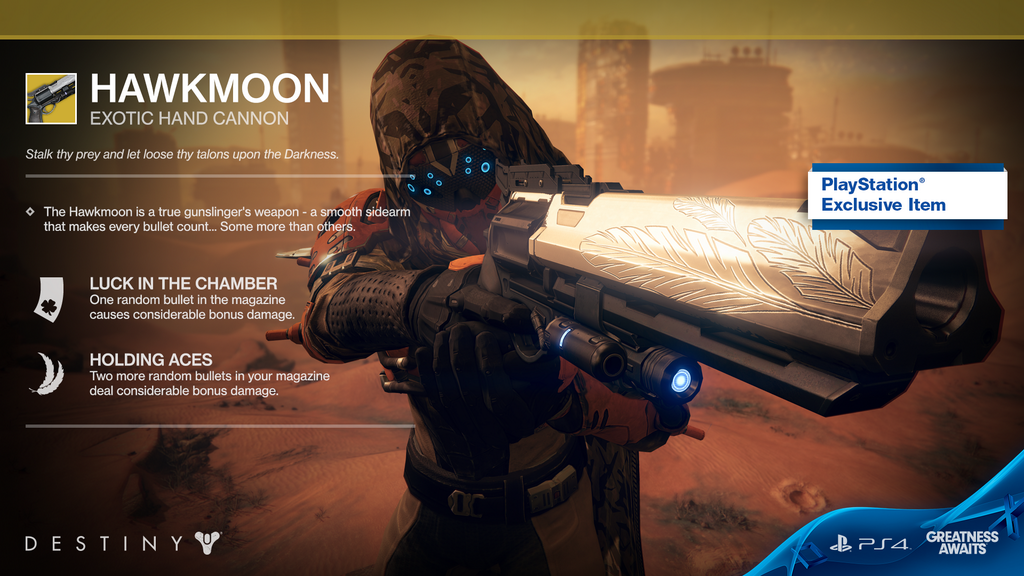 Stalk thy prey and let loose thy talons upon the Darkness.

The Hawkmoon hand-cannon is the other exotic-grade PlayStation exclusive weapon. As the keepsake of Hunters, these revolvers unleash devastating damage but are limited to six shots–making it an effective choice for any futuristic gunslinger.

The six-shooter’s exotic mods are substantially impressive and should provide some hefty damage bonuses for those dangerous firefights–but like the Monte Carlo, we’re not sure what the level is or its base damage.

Both the Hawkmoon and Monte Carlo may very well be “starter” exotics that are unlocked as soon as a new character is made, thus cutting some of their lethality and effectiveness. 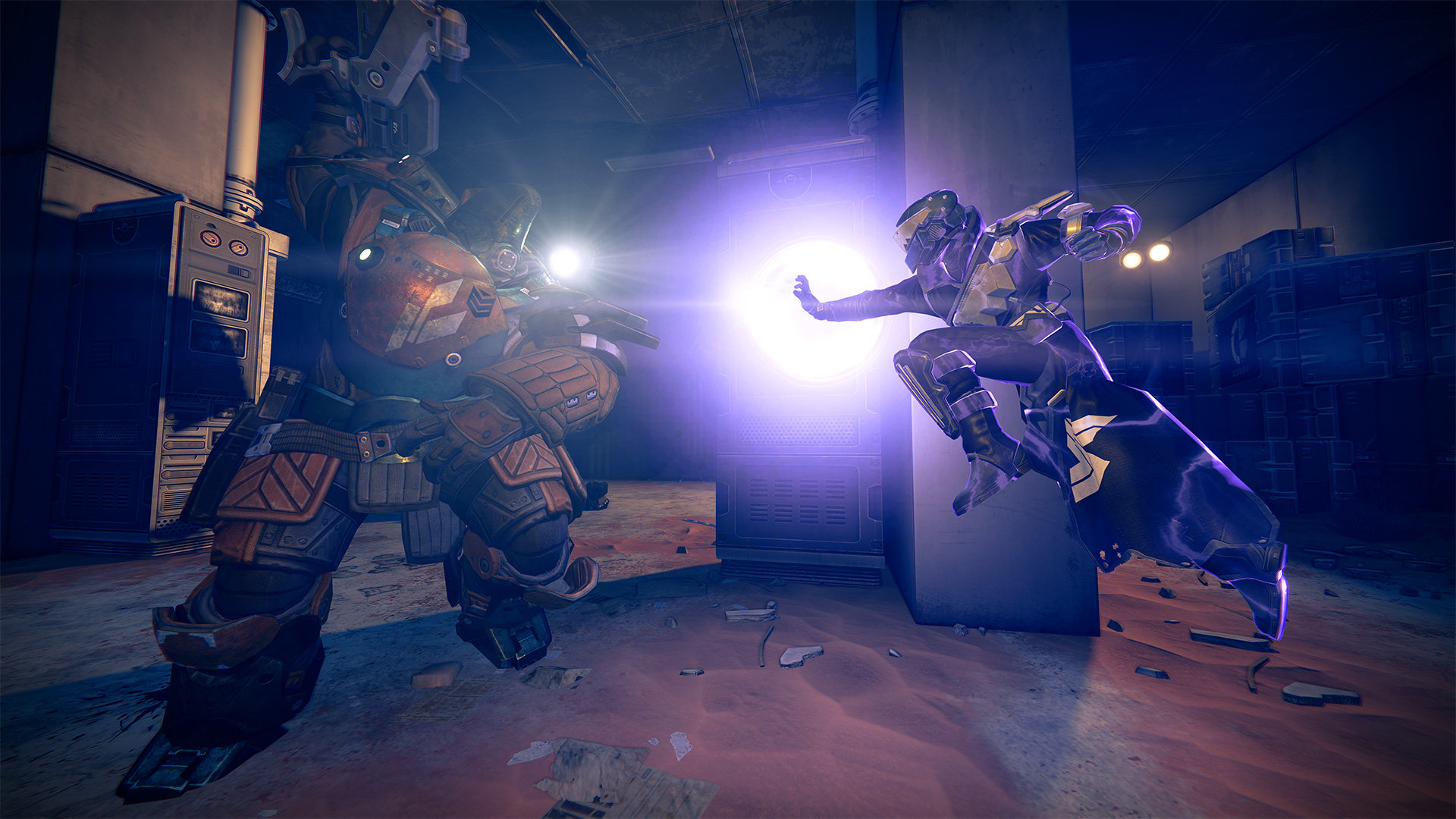 The Dust Palace Strike mission takes place on Mars and features an interesting look at a brand new enemy.

Other incentives include the Dust Palace, an exclusive Strike mission that pits three guardians together against hordes of baddies. Strikes are my favorite part of the game, and really celebrate that team dynamic that’s essential for any co-op gameplay mode.

This gametype is a lot like Firefight in Halo 3: ODST and Halo Reach, and can be played with friends or random players with matchmaking.

The Dust Palace Strike takes place on Mars, where players track a deadly Cabal team across a ruined manmade city. It is here where Guardians will face a brand new enemy known as the Psion Flayers:

“Deep in the Dust Palace, a skyscraper buried deeply in the sands of Mars, the Cabal have captured a human Golden Age artificial intelligence construct that still hums with life. Fight through the Cabal army. Defeat the Psion layers. Reclaim the construct.” 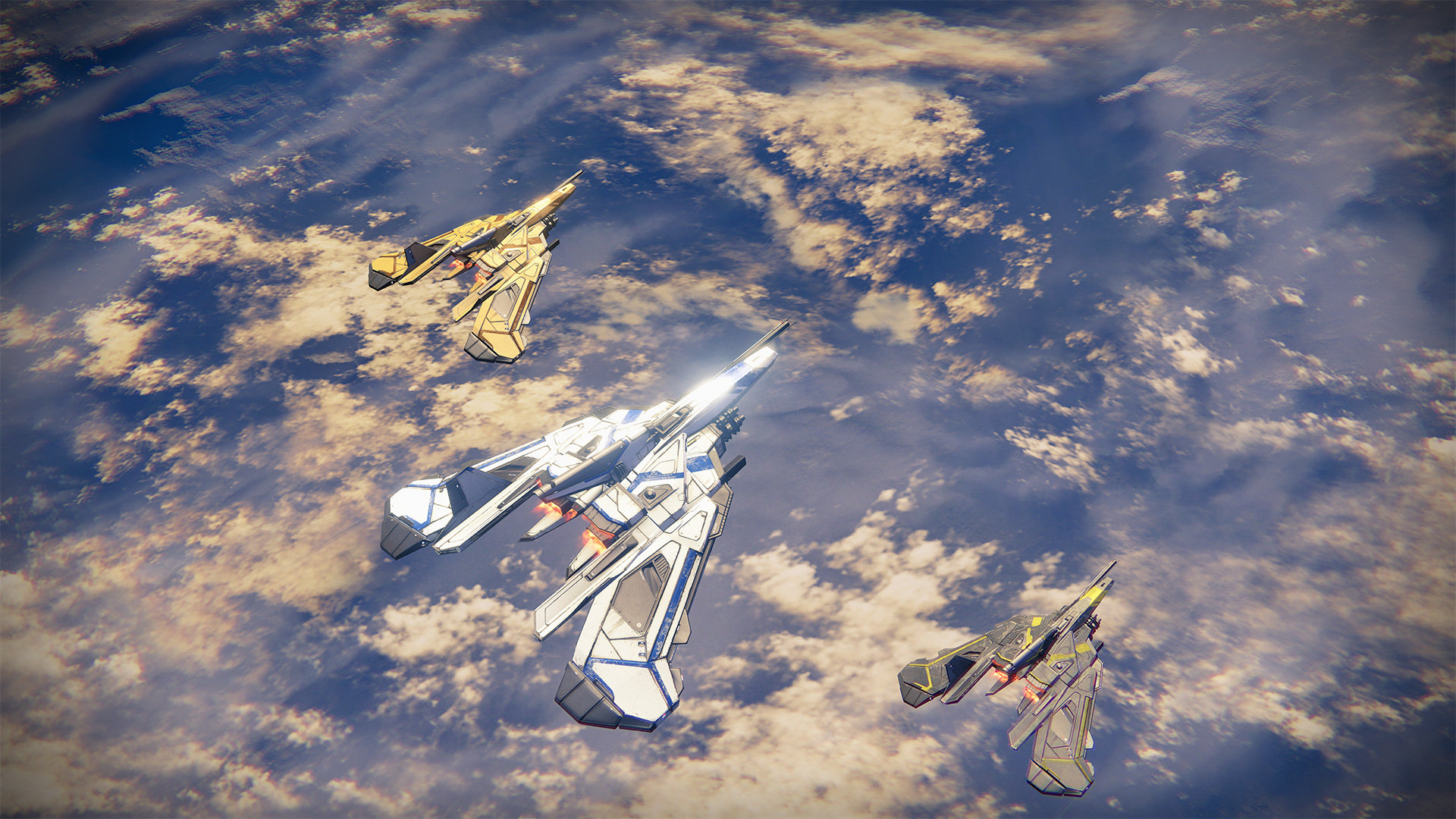 Finally we have the three ship options: the Aurora Wake, Crypt Hammer, and Outrageous Fortune, all of which are tailored to each of the three Guardian classes. The Outrageous Fortune, for example, leans towards Hunters who are  “ready to gamble everything in search of ancient secrets and alien power”.

All of these extras go lengths to convince gamers that PlayStation is the optimum platforms for bungie’s new magnum opus, and coupled with retailer-specific pre-order content, PS owners stand to get a nice boost when their journeys begin in less than a week’s time.

The gear sets, weapons, strike missions and ships are all PlayStation timed-exclusives and won’t appear anywhere else until “at least Fall 2015”.

Destiny launches on September 9 for PlayStation 4, PlayStation 3, Xbox One and Xbox 360. For more information be sure to drop by the game’s official website.