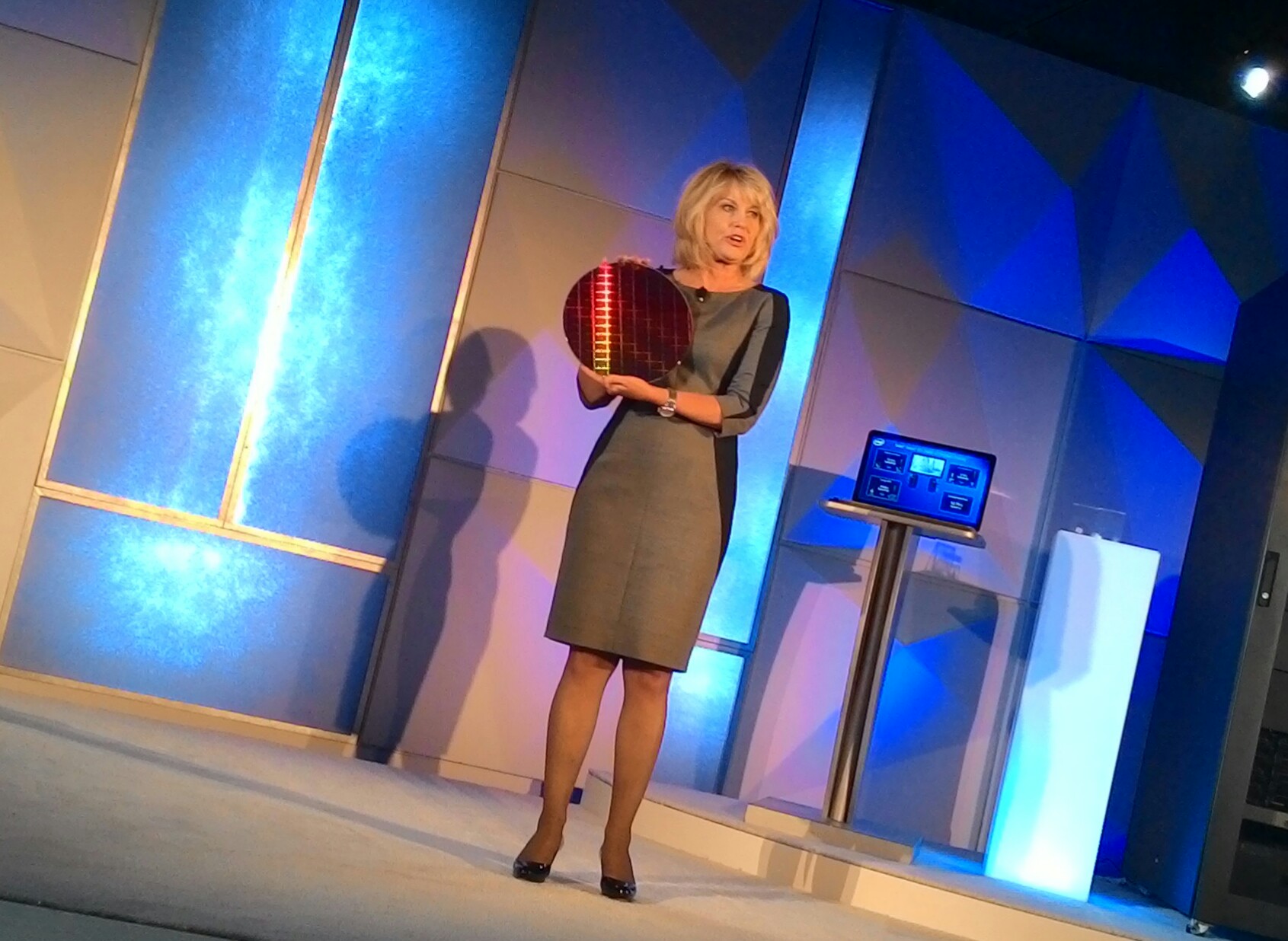 On stage, Intel’s Diane Bryant, the company’s general manager of its Data Center Group, said that the “big data” economy was driving demand for a new series of Xeon Chips.

“We are continuing to be the most energy efficient processor on the planet,” she continued,” promising 27 world records in performance across the product line.”

“[Intel is] excited about the role this platform is going to play as we all collectively re-architect the datacentre from static to dynamic and from proprietary to open standards,” she later said on stage.

While the previous generation of Intel Xeon chips had a core count that went as high as 12, the third generation of Xeons offers up to 18 cores with clock speeds of up to 3.7 GHz . The Xeon E5-2600 v3 will also be the first in the series to support DDR4 RAM, which offers substantial clock speeds above DDR3’s JEDEC speeds as well as power savings due to lower operating voltages.

Another new feature of the Xeon E5-2600 v3 is the update of Intel’s Quickpath Interconnect (QPI) that’s capable of transferring data at 9.6 GTps, much faster than existing front side bus (FSB) technology.

To aid in the inquiry of fault detection, Intel is including a new range of telemetry sensors to give administrators more information and metrics on CPU usage, memory and I/O.

The new Xeon is available in 22 different versions that vary wildly depending on required clock speed and cores. Pricing begins at $213 and tops out at $2,072. For the workstation, the chip is available as the Xeon E5-1600 with pricing ranging from $295 to $1,723.