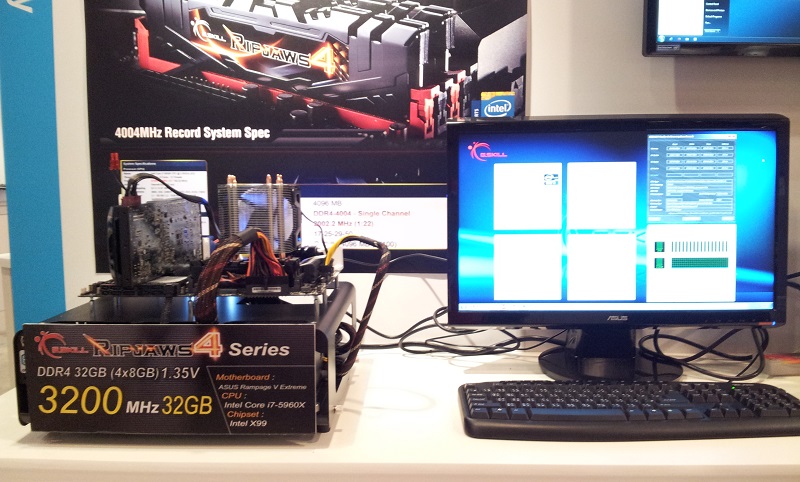 With the introduction of the next-generation of Intel (NASDAQ: INTC) platforms, DDR 4 is finally getting its time to shine.

At IDF 2014, memory maker G.Skill turned up to show off its high-end DDR 4 RAM that came complete with a clockspeed of 3333 MHz in a 4GB x 8 modules configuration. G.Skill also brought with it to the show 8GB modules running at 3200 MHz in a 32 GB configuration. The RAM was running on a Intel i7-5960X CPU along with Rampage V Extreme X99 and X99-Deluxe motherboards from Asus (TPE: 2357). 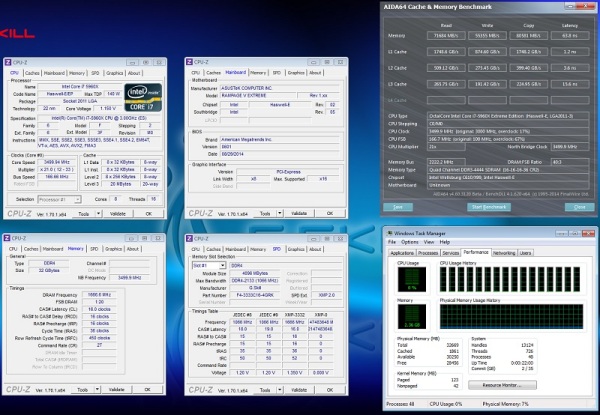 “It’s very exciting to show the world what we can do with the new DDR4 memory standard for the latest Intel X99 platform. There is no doubt that breaking the 3000MHz memory barrier with ease is the next big thing in desktop performance, effectively doubling bandwidth throughput compared to the previous DDR3 memory standard,” Frank Hung, Product Marketing at G.SKILL, said in a press release.

This RAM comes with a price tag of $700 for the 16GB 3333 MHz kit. The kits are available now for pre-order with availability expected later this year.