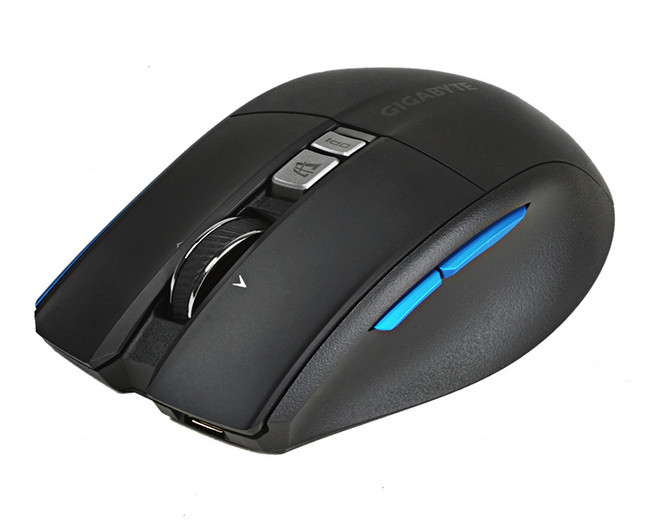 Gigabyte is well-known for its motherboards, but the manufacturer also makes peripherals like mice and keyboards. Today, the hardware vendor has launched its latest offering in this segment, the Aire M93 Ice wireless mouse. Weird naming convention aside, the mouse is the first to use Gigabyte’s Ice technology, which gives you the ability to use the mouse on any high-gloss surface, including glass, leather, stone, wood, and cloth.

Hardware-wise, the mouse features a four-direction tilt wheel, a free scrolling key that lets you navigates websites with ease, customizable buttons, on-the-fly DPI adjustment, and a micro-USB port that allows you to charge the batteries by plugging in a micro-USB cable. You wouldn’t have to do so frequently, as Gigabyte claims a three month battery life on the 2100 mAh battery. To change button configurations, you would need to use Gigabyte’s software, which works on all Windows versions after Windows XP.

This isn’t the first time we’ve seen a mouse that tracks on glass. Logitech has debuted a similar sensor technology called Darkfield, which allows the mouse to work on any surface. Logitech has many mice that can track on glass, but the one that stands out the most is the Wireless MX Performance, which is considered to be the best wireless mouse around. For all its ergonomic advantages, the Wireless MX is a large mouse, but Gigabyte’s offering is considerably smaller, with dimensions of 113 x 71 x 42 mm versus the 128.3 x 83.5 x x 47 mm sported by the Wireless MX.

Gigabyte’s Aire M93 looks like a great offering for users seeking a wireless mouse that can track on any surface, but the lack of software drivers for Mac is a bit of a letdown. Considering that this is being branded as a mainstream mouse and not something catered to the gaming segment, software compatibility with the Mac operating system would have been a valuable addition.

Pricing isn’t detailed yet, but the mouse is slated for worldwide availability later this month.