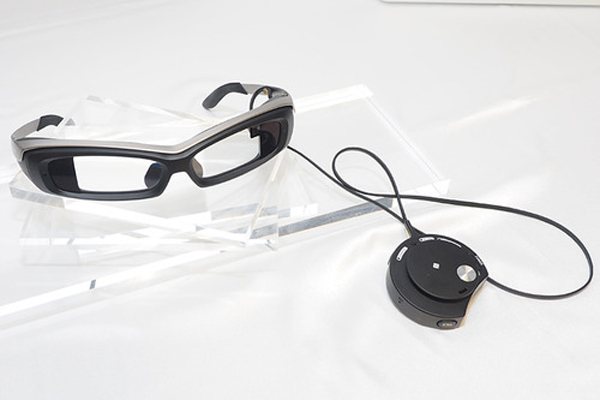 We always have known at some point that a true, direct rival would soon rise to compete with Google Glass, and it has indeed come in the form of Sony’s SmartEyeGlass. Now, the company has finally opened the smart eyewear for developers to tinker, with the release of its SDK.

First appearing as a simple prototype earlier this year last CES 2014, Sony’s SmartEyeGlass was reintroduced again a few weeks back at the beginning of September, during IFA 2014. Despite having the same concept, one of the most obvious differences of the SmartEyeGlass to the Google Glass is its display. Both use special projectors to display a floating holographic screen in front of the user, but Sony opted to make the SmartEyeGlass look more like a pair of ordinary eyeglasses. Its thin 3mm lens provides an almost 85% transparency rate, seamlessly combining its augmented reality info stream into the present visual environment.

The SmartEyeGlass will be packed a multitude of sensors including a CMOS image sensor, accelerometer, gyro, GPS, brightness sensor and even an electronic compass. Just like Google Glass, it is capable of transmitting your location and notifying the user about it in real time. For now, the updated version runs on Android 4.1, connecting via Wi-Fi or Bluetooth, though it is unknown if the final version would use a proprietary OS similar to some of Sony’s other recently developed devices.

As for the SDK, it will include an emulator and a few sample codes. Tutorials and a number of API references, usage guides and design/test guidelines will also be available to help developers grasp the overall app environment of the SmartEyeGlass.

There were several demo apps that showcased what the SmartEyeGlass could do as a final product. Most of which fall into the visual info feed category (its Cookpad app for example), providing the user with additional info related to anything seen by its mounted camera. However, with the release of its SDK, we can expect the SmartEyeGlass to show more of its potential functionality as developers release more Android apps for the smart device before its official launch.