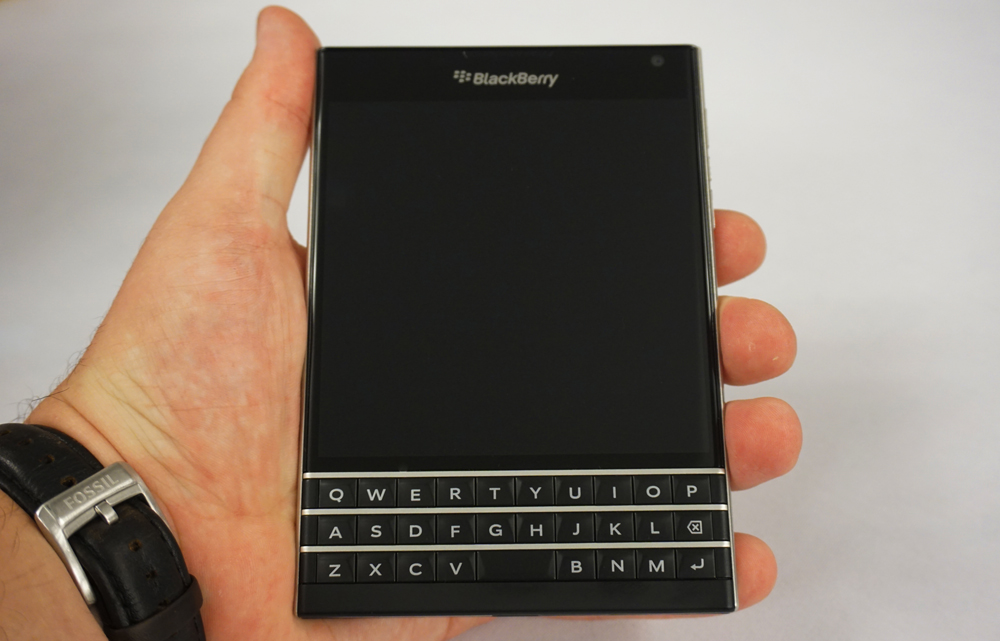 No, Blackberry isn’t dead yet, and it’s coming out with what might be one of their most audacious products to date: the Blackberry Passport — which looks a lot like Blackberry’s Porsche Design P’9981. However, the Passport has a few really interesting features that make it a better phone than the Blackberry phones of yesteryear. This phone is being launched at first in the US and Canada. 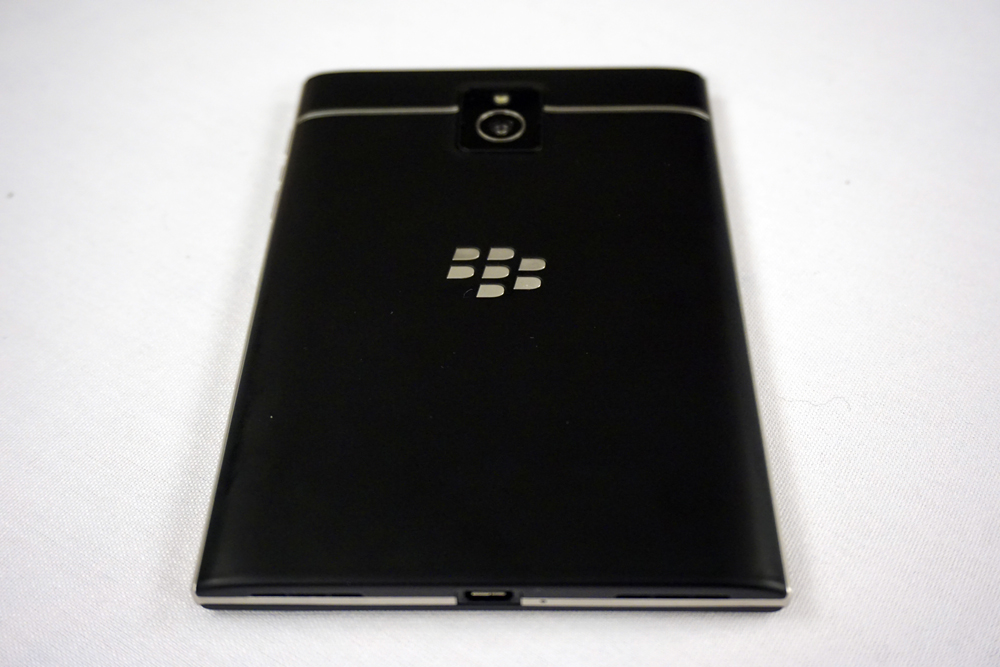 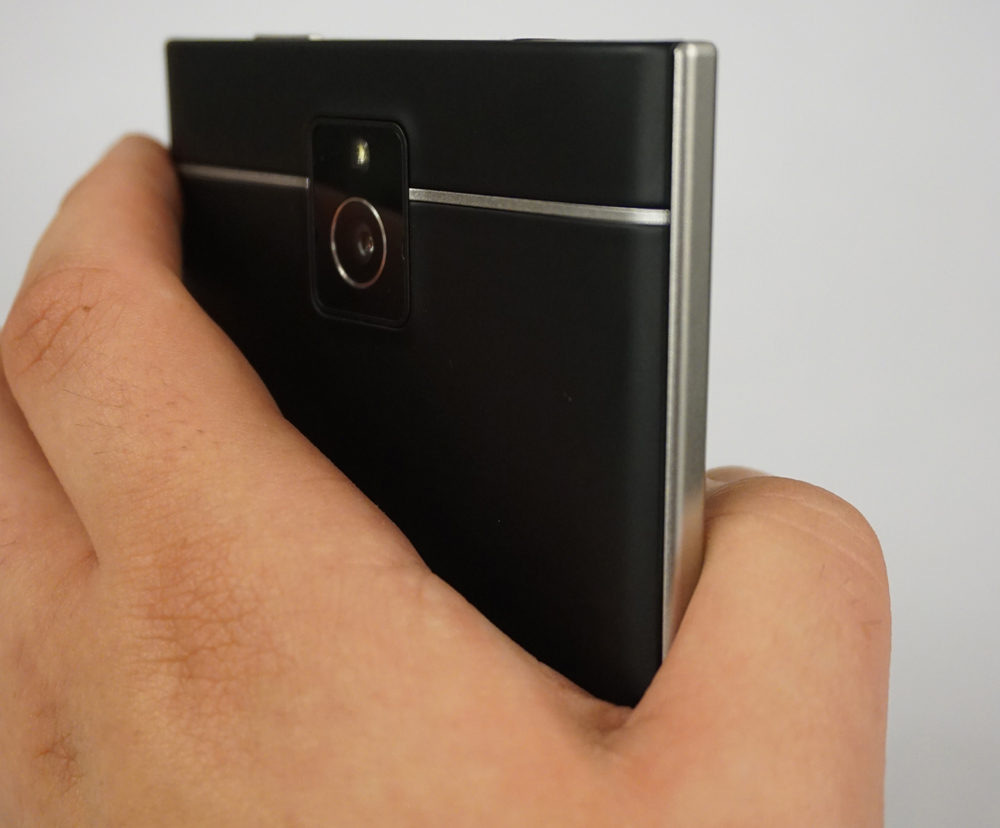 First and foremost, it has fairly up to date hardware, sporting a 4.5″ perfectly square display at 1440 x 1440 resolution. This is a fairly high resolution display for Blackberry and admittedly a very odd aspect ratio when compared to most other devices on the market.

However, for doing things like reading emails and webpages, it isn’t necessarily a bad resolution or size. Blackberry has also given the phone a fairly ample 13 Megapixel camera, which from our experience was fairly high quality and responsive. Blackberry has also placed a standard 2 MP front-facing camera which should allow for decent ‘selfies’ and 720P video conferencing. It will also run a 2-gens-ago Snapdragon 800 SoC, once again indicating Blackberry’s absolute disconnect with performance hardware and being up to date with people’s demands. However, the Snapdragon 800 is really a very good SoC and the Snapdragon 801 really isn’t much of a departure from it. In fact, it may actually help Blackberry make more money since it is technically an older chip. The Nexus 5 runs a Snapdragon 800 SoC, but that phone sells for $349 and has been selling for that much since October 31st, 2013, almost a year ago.

It does have 3GB of RAM, which is a very smart move on Blackberry’s part because it allows for real business multitasking and for users not to worry about what they have open when getting things done on their Passport. Blackberry also opted for additional microSD storage (up to 64GB) on top of the already installed 32GB of internal storage, bringing thise phone’s maximum storage capacity up to 96GB. In addition to the enormous storage capacity both internally and removable, the company also went for an enormous 3,450 mAh battery, one of the biggest batteries of any phone, ever.

This enormous battery is very likely why the phone is so widely shaped and why Blackberry’s CEO claims that this device can get 36 hours of battery life, which I would not dispute with its current hardware specs. It will also come with Blackberry’s latest version of the Blackberry 10 OS with Blackberry OS 10.3, which debuts on this device. 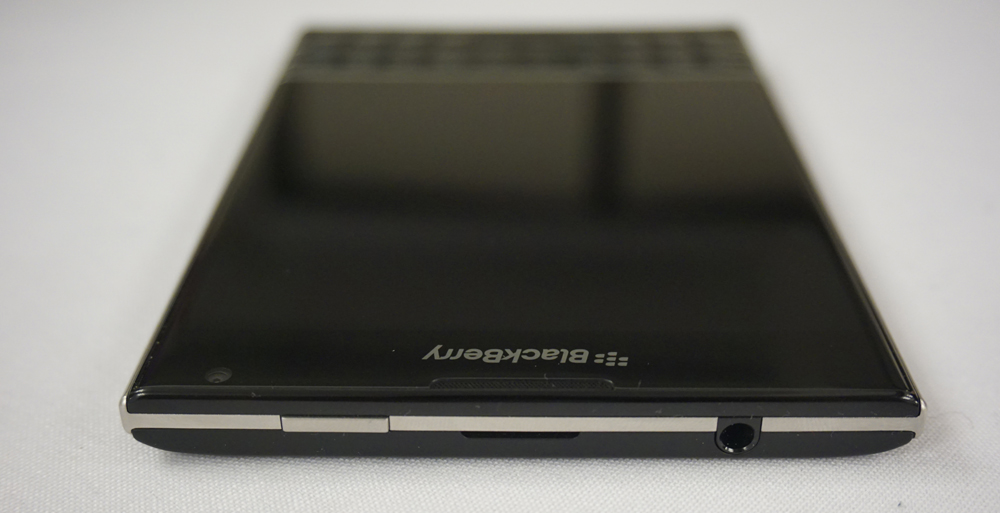 Overall, the look and feel of this phone is going to be a bit jarring to most, but it can be confirmed that it fits in a shirt pocket as well as a regular front pants pocket fairly easily. It does stick out a bit of a shirt pocket, but overall it looks much bigger and more cumbersome than it actually is. And with a lot of people growing tired of short battery life on devices, Blackberry may actually have found a niche for themselves (which Sony is also looking to exploit with the Xperia Z3).

Under the hood, the Blackberry Passport also has some interesting features, like the entire keyboard also doubles as a capacitive touch sensor for scrolling on websites when you have the phone turned on its side. There’s also Blackberry Blend, which is yet another innovative product from Blackberry which allows you to effectively use your other Windows, Android and iOS devices to send text messages and other data sharing from the Blackberry phone without needing to actually be near it.  This way people can unify all of their emails, text messages, BBMs, and calendars across all devices using the same platform, regardless of what platform they’re on. Blackberry has figured out a way to make themselves the core “business” device, and that’s a great idea. It will just be a matter of whether or not they can keep their competitors at bay while they attempt to recreate the same idea.

Also, yes, this phone is wide. Very wide. It is significantly wider than LG’s G3, which has a 5.5″ screen and keep in mind that the Blackberry Passport has a 4.5″ screen and is still wider. 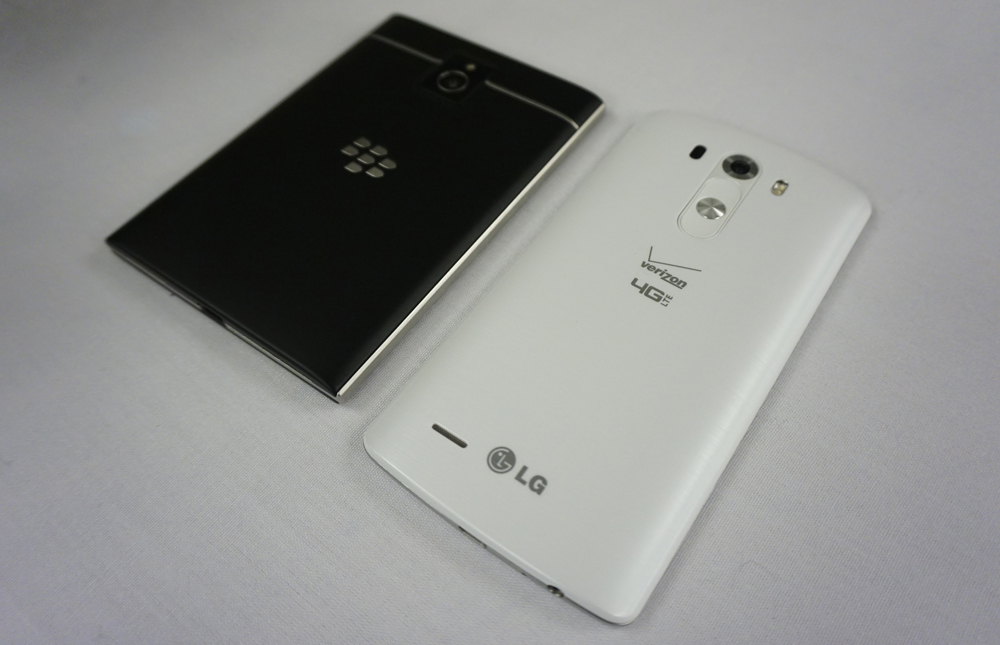 The Blackberry Passport next to a Verizon LG G3 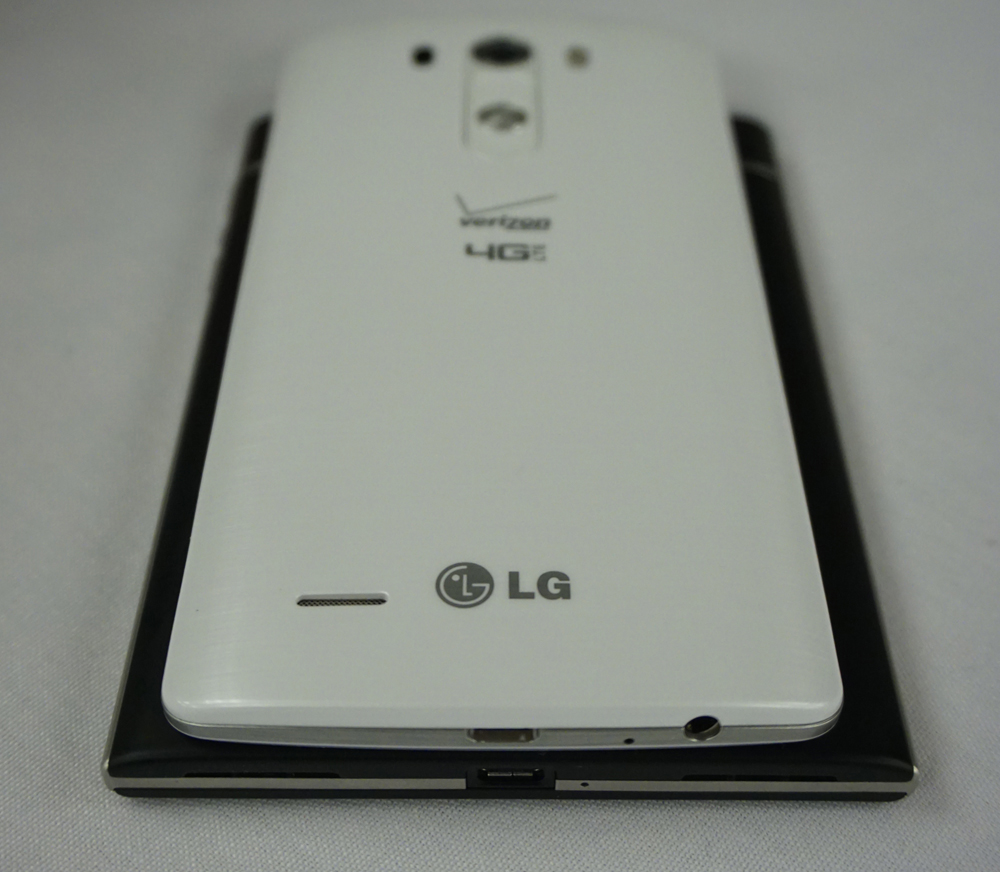 Clearly Blackberry isn’t dead yet, and the company is trying to put up quite a fight. While it isn’t clear whether or not the Passport is the right phone for that, Blackberry clearly has some very good idea and now it just needs to keep executing on those ideas and make a phone that isn’t as jarring as the Passport that can address a more broad market. The phone will sell for $199 on contract and $599 off-contract for those looking to not get roped into a two-year contract.