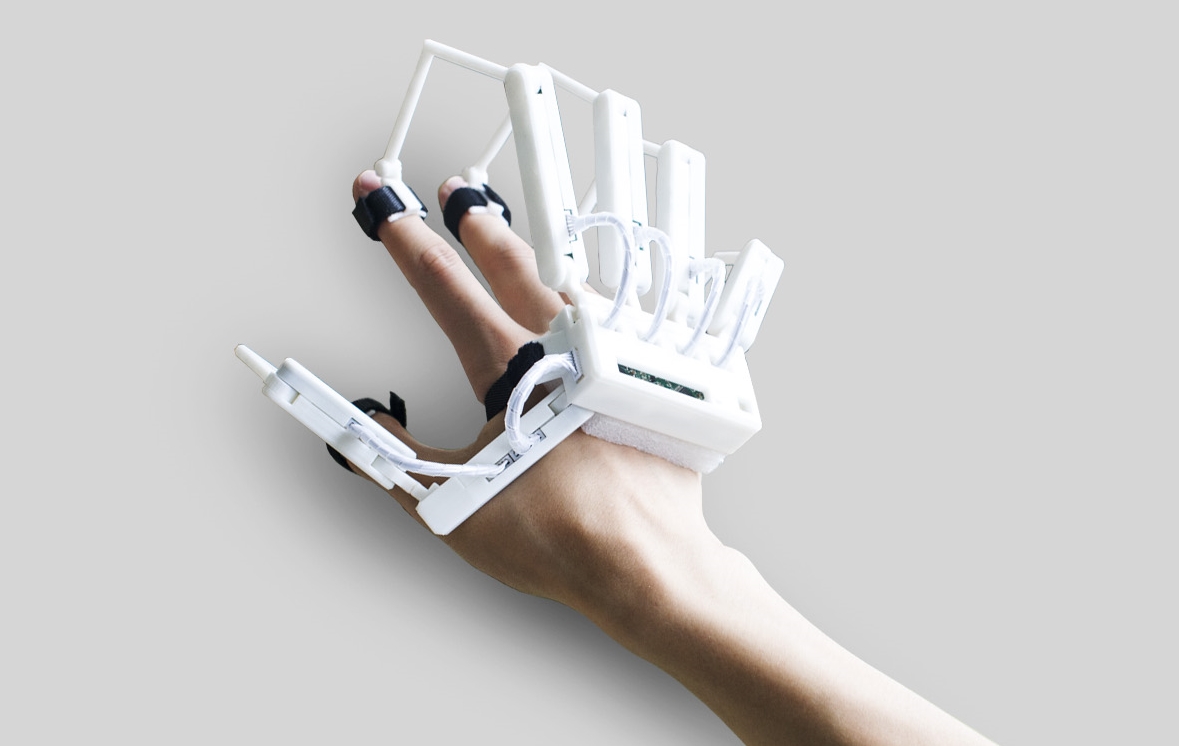 Consumers will soon be able to actually feel digital objects in virtual reality.

A tech firm known as Dexta Robotics is crafting the Dexmo F2, a specially-made exoskeleton that folds over a users hand to simulate the sensation of touch in VR environments. The device will apparently be compatible with the Oculus Rift, and may even transition to other VR platforms.

Originally spotted by Kotaku, a representative from the company launched an AMA on the Oculus Reddit to raise awareness on the Dexmo peripheral and to explain how it works.

“How does it work? On the thumb and the index finger exoskeleton there are two additional piece of hardware that we invested a lot of time developing, called the force feedback unit, which is essentially a miniaturized gear disk breaking system.

“It works like this: when the avatar you are controlling hits a digital object, a signal is sent back via our SDK to Dexmo F2 and the small actuators actuates, brakes the joint and locks the exoskeleton.

“When you further bend your finger inwards, a normal force will be created on your fingertip. (FYI, this is patent pending in the state(s), and we got our very first patent for Dexmo approved in China).”

The Dexmo will be compatible with the STEM System for a “full-body” VR experience.

At its core the wearable exoskeleton captures hand motion and then processes that information across the the Oculus Rift, ultimately leading to a new realm of VR interactivity.

Dexmo will also work in conjunction with emerging wireless mo-tracking systems like the STEM system along with the prestigious Perception Neuron system. Both of these emerging platforms aim to bring an immersive full-body experience to virtual reality.

But it appears that sense of touch will be limited to a “there” and “not there” capacity. Users won’t be able to feel varying degrees of touch, like, say, feeling the softness of velvet, but harder objects like walls and metal will induce sensation.

The original Dexmo looks steampunk-ish and intimidating, but Dexta affirms that the exoskeleton is safe for regular use.

To the everyday gamer, the Dexmo might look something like a contraption that a futuristic Freddy Krueger might wear, or something that fits right into The Lawnmower Man movie. But the robotics-maker affirms that the Dexmo is safe, and that its “passive locking” capabilities won’t break any fingers should it malfunction.

With the prototype in its early stages, Dexta Robotics plans to launch a Kickstarter for the exoskeleton later this month. The company plans to refine their design–which is currently made out of rather flimsy-looking 3D-printed material–to a metallic frame,

The cyberglove uses “tactical feedback” sensors that can be programmed to deliver varying degrees of touch sensation.

Dexta isn’t the only company pioneering this kind of tech: the Dexmo exoskeleton goes up against the CyberGlove, a similar mo-capping device that users sensors to simulate touch on the fingertips.

Today is an exciting time for the advent of virtual reality, with more and more high-tech peripherals and virtualized platforms springing up every which way. It’ll be interesting to see how the Dexmo (and the Cyberglove) push forth a new wave of interactivity in VR gaming, and how they will shape the revolution in the field of VR tech.

For more information on the Dexmo and the company that made it be sure to drop by Dexta Robotics’ official website. 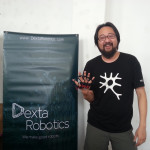