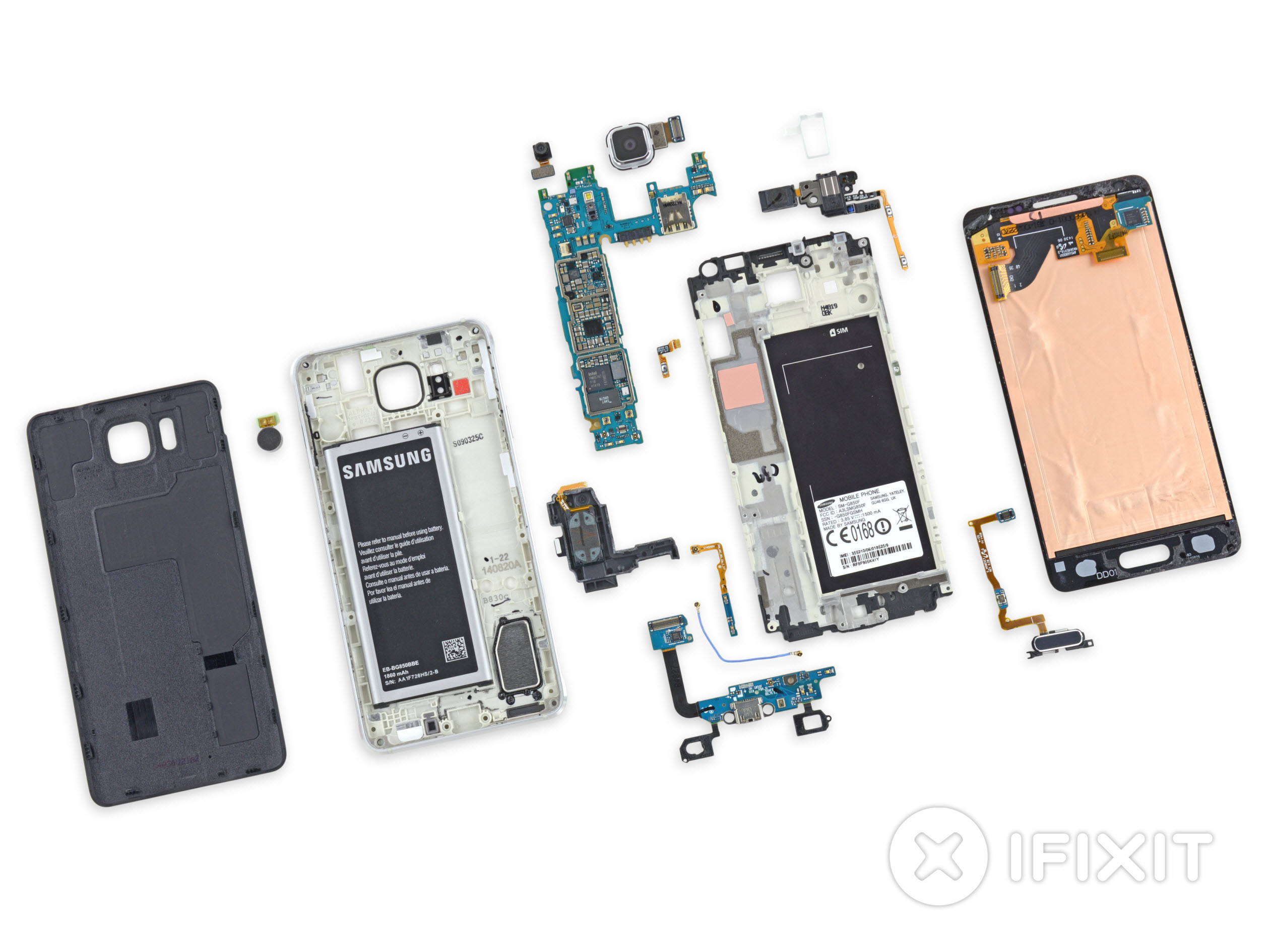 After years of making plastic phones, Samsung ( KRX:005935)  decided to make the switch to metal with the Galaxy Alpha. The device has a lot of points in its favor, which include a metal frame around the sides of the device, as well as high-end hardware and a small form factor.

Touted to be Samsung’s answer to the iPhone, the Galaxy Alpha is 0.2 mm thinner than Apple’s offering. While the external design of the Alpha clearly draws a lot of parallels with the iPhone 6, both devices differ vastly when it comes to the hardware itself. For one thing, the Galaxy Alpha features a back cover and battery that are easily removable.

As for gaining access to the internal hardware, iFixit found in its Galaxy Alpha teardown that the device comes with the same sandwich layered design as the Galaxy S5, which involves removing the display to get to the internal components. The back of the device does feature screws that secure the midframe, but the section itself is removable only from the front. What this essentially means is that to get to the motherboard, you have to remove the display assembly, a feat that requires considerable effort due to all the adhesive.

The assembly itself on the Galaxy Alpha at 1.4 mm was found to be half the width of the panel on the iPhone 6. Another interesting feature discovered during the Galaxy Alpha teardown was that the inclusion of a gasket around the headphone jack, which is usually seen on devices that offer water resistance, like the Galaxy S5. It is likely that Samsung was going to offer a similar resistance to dust and water, but had a change of mind mid-way. As far as the hardware is concerned, the device features an Exynos 5430 SoC, a touchscreen controller from STMicroelectronics, a Wolfson WM5110E low power HD audio chipset and more:

The Galaxy Alpha teardown resulted in the device getting a final score of 5 out of 10 on iFixit’s scale, with high points for user removable battery and modular components. However, addressing minor issues – like changing the connector on the home button – requires the removal of the display assembly, which can complicate things further.