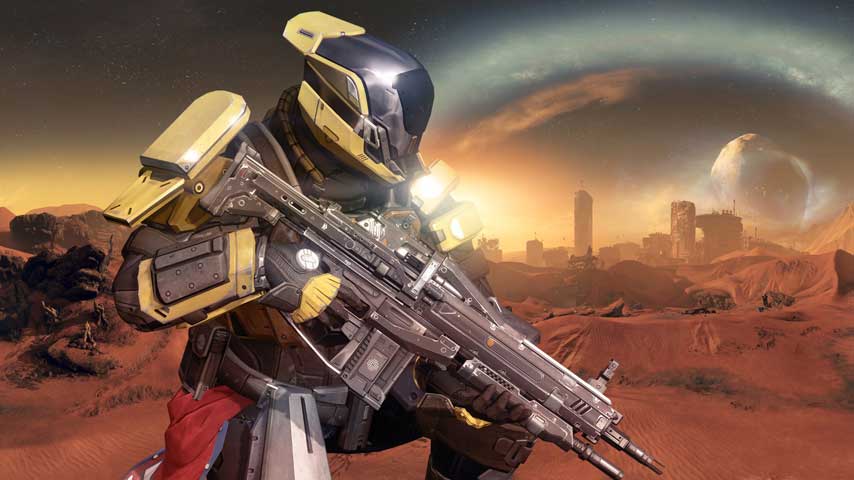 The downtime is projected to start at 7AM PDT and will last “a few hours” according to the studio. Notice all those sevens? As any Bungie fan will tell you, that’s not a coincidence.

Destiny will be updated again tomorrow to improve services. The fix will interrupt the game for a few hours. http://t.co/9V3ALYlMJk

The maintenance is wholly aimed at stabilizing server and player connections, and Bungie affirms that the “player experience will remain unchanged”. This hotfix will help eliminate pesky network difficulties like the CENTIPEDE error code which can lead to suddenly interrupted gameplay during missions, Strikes or even the highly venerated Vault of Glass raid.

Bungie will continue to update and tweak Destiny‘s servers to improve connection stability, stamp out bugs and generally improve the scope of the game.

Just recently the devs have tweaked the Cryptarch’s cruel predilection in turning Legendary engrams into regular Rares, and has made plans to bring in the oft-requested proximity voice chat. The studio affirms that it’s listening to its players and that it’ll continue to shape Destiny around their feedback.

According to our official Destiny review, Bungie might have their work cut out for them.

Destiny will be unplayable for multiple hours starting 7AM PDT on Tuesday, October 7.