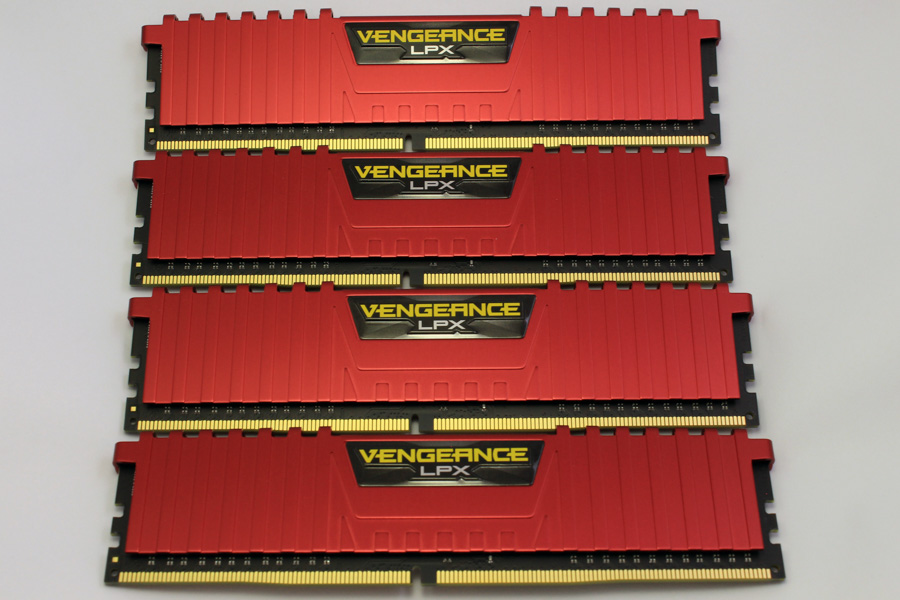 Today we will take a look at some DDR4 from Corsair, the Vengeance LPX 16GB (4x4GB) CL15 memory kit.  DDR4 is brand new and is used motherboards featuring Intel’s new X99 chipset using s2011-3 processors. DDR4 uses 1.2v standard as opposed to the 1.5-1.65 that is now standard in DDR3.  It can operate at higher frequencies with much less voltage needed, being much more efficient.  Running in quad channel the memory will provide much more bandwidth than that of dual channel systems by a hefty margin.  This kit is some of the entry level DDR4 from Corsair, but as you will see they have much more to offer if you do some tweaking. 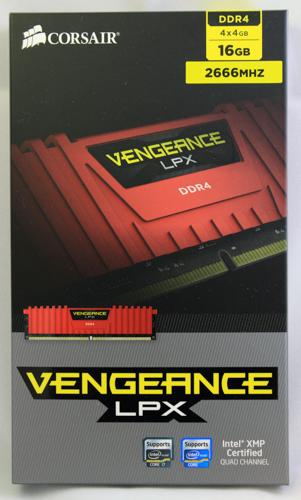 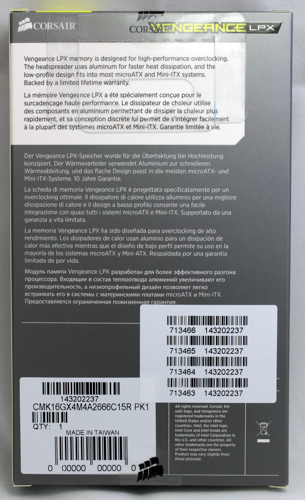 The build quality of these RAM modules is top notch as expected with Corsair products that are currently available.  The heatsinks are of high quality and look great in the motherboard with no defects visible.  The PCB from visual inspection looks very clean and made of high quality materials.  The kits have single sided Hynix MFR for the ICs and are now the type that is most coveted by overclockers.

This kit was really impressive as the performance that was achieved with the XMP profiles and with overclocking was much better than was expected.  In these tests you will notice that they are done with varying uncore frequencies.  This was done by adjusting the frequency in the bios to achieve the overclock.  This is very important as it has a huge effect on the performance of your memory. Even at the same speed and timings there will be a huge performance gain from the simple act of overclocking the cache/uncore.  It should be noted that these tests were run on the ASUS Rampage V Extreme, as it is the best board on the market currently for achieving the highest RAM and cache/uncore clocks.  This is attributed by the inclusion of its OC Socket that is a non reference s2011-3 CPU socket.  The results with the 4000MHz and 4500MHz cache/uncore speeds may possibly be harder or impossible to replicate on other boards. be addressed is cache/uncore speed .  The first XMP profile is 15-17-17-35 2T at 2666MHz with 1.2v, the second XMP profile is 15-17-17-35 2T at 2800MHz with 1.35v.

When checking to see what these modules were set to auto and then run while increasing the speed until it could no longer be stable and boot into windows.  The max that was achieved was 3070MHz with the RAM set to 1.5v.  Running the memory at these speeds would have required setting the memory to 2T and having loose timings, which would not equate to the best performance possible from the memory.  To find the best possible performance that would be possible a memory profile from the Rampage V Extreme for single sided Hynix was needed to be loaded.  Selected was a profile for 3000MHz 1.65v, though it could not load it at 3000MHz.  This was expected since this isn’t exactly a highly binned set of Hynix MFR, so 2750 was tried.  This was a success at 12-14-16-15 1T with the 1.65v, and proved to be better performing than the other combinations that were tried.  Please bear in mind that if running DDR4 at over 1.4v additional cooling is a must or damage to the modules may occur. 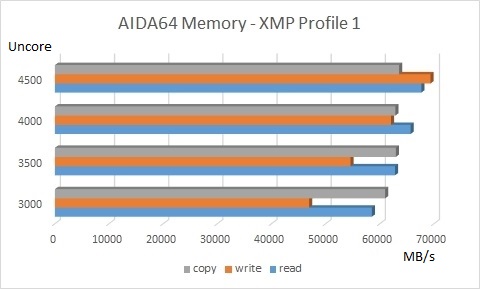 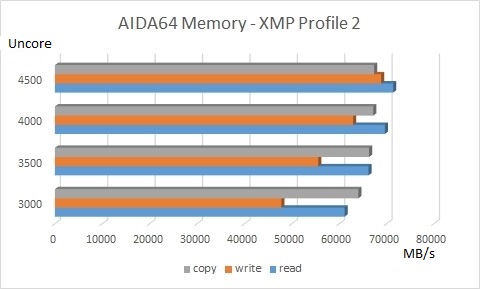 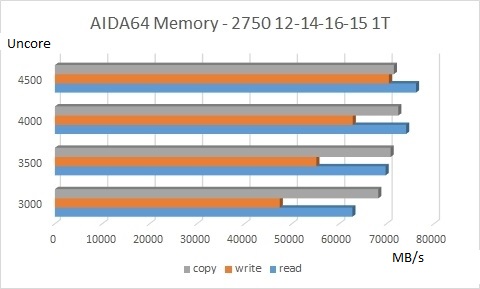 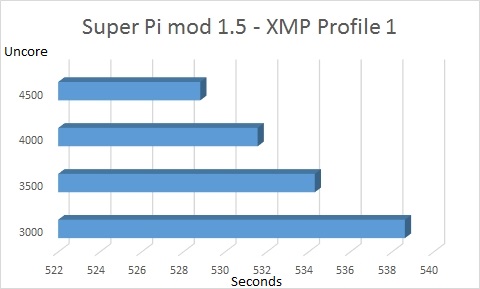 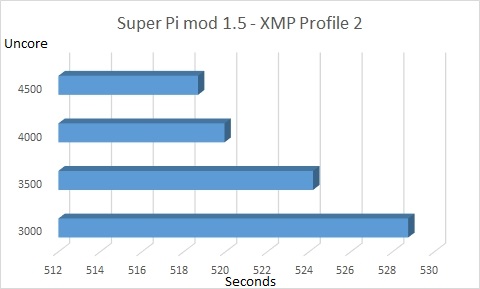 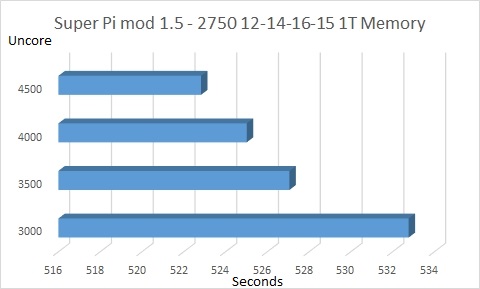 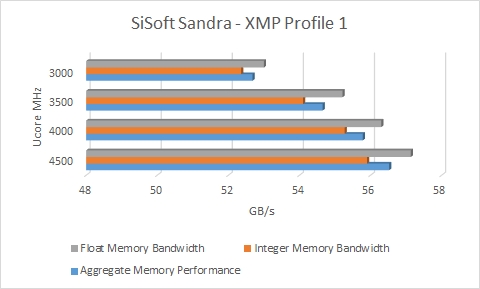 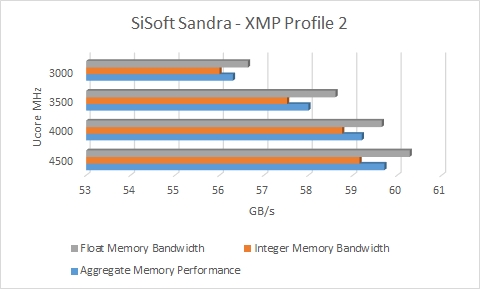 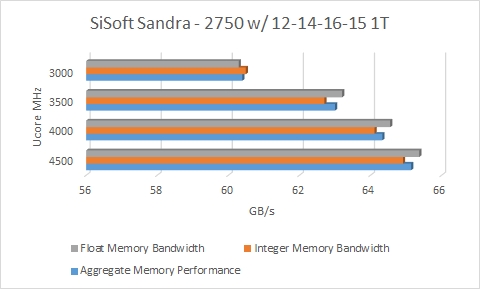 The RAM exceeded expectations in both how it performed with the XMP Profiles, but also with overclocking.  This set of RAM is fun to tweak and will reward the user with great results from the time they spend tweaking things to perfection.  This RAM performs well in 1T and will go quite far before it needs to switch to 2T to become more stable.  It was clear to see why overclockers enjoy working with the Hynix MFR DDR4, it performs great and is so tweakable with more voltage applied.  When testing to see what these could do, I tried to find the settings for the best bandwidth that I could get.

Being essentially an entry level kit and being able to overclock so far and tweak it to perform so much better makes this a killer deal.  It would definitely be something to consider when it comes time to build a new DDR4 system.  Seeing what fellow overclockers were able to achieve with this kit has been astonishing since it perform better than other kits that cost hundreds more.

Should I buy this?

If you are looking to get something that you want to tweak a bit or be able to get more performance out of then this is it.  For $316.37  it is a great buy indeed, and this kit has received the Value Award from BSN*.  It has been a lot of fun to test this kit as I was surprised about how much performance can be squeezed out of these, and with more time with them I know that they can do even better.  I like to push my equipment to the max and see what it will do and these definitely proved themselves during testing.