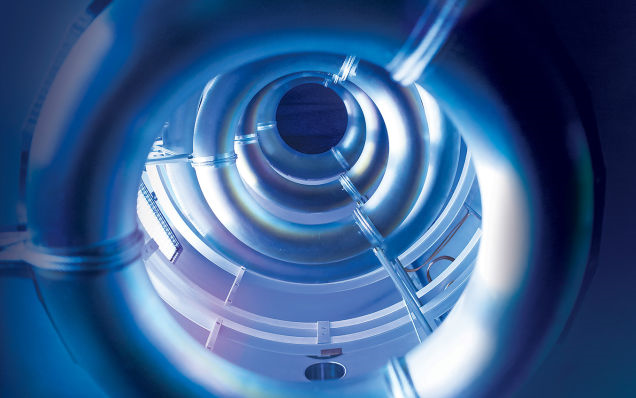 For decades scientists from around the world have been working to develop a viable fusion reactor. Billions of dollars have been spent thus far and hundreds of thousands of man-hours have been poured into competing projects. Now Lockheed Martin’s (NYSE: LMT) super-secret research division Skunk Works is about to revolutionize the fusion race with a new type of reactor that can be on the market in a decade.

Many of the leading fusion projects to date, including the International Thermonuclear Experimental Reactor in France, use something called a tokamak which uses strong magnetic fields to superheat plasma and slam together atoms. This is called magnetic confinement fusion. This process requires a lot of energy, and scientists have struggled to make tokamak-based reactors energy positive — the reactors require more energy in than they generate. Venture capital backed General Fusion, from Vancouver,  is working on an alternative to tokamak-based reactors called magnetized target fusion but is still a long way away from trials.

Skunk Works’ reactor, called the Compact Fusion Reactor, appears to be a hybrid between General Fusion’s process and that of a traditional tokamak reactor. With the CFR, powerful magnets contain the plasma in a broad chamber. The plasma’s magnetic force means it will try and escape the chamber, while the magnetic tubes that surround the chamber will produce and opposite force. The stronger the force of the plasma, the opposite force. 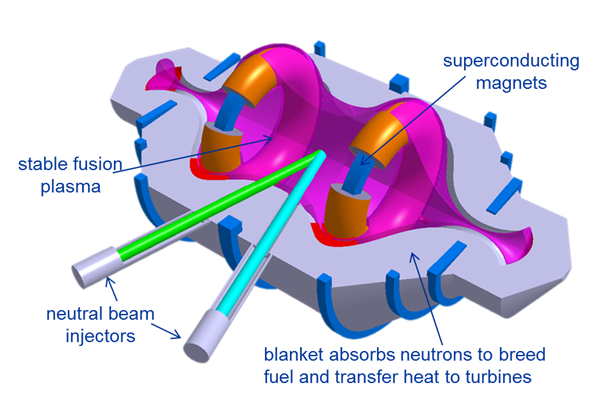 Theoretically, this design, according to Skunk Works, can generate ten times the power of a tokamak based reactor.

In an interview with Aviation Week, Skunk Works’ Thomas McGuire explained the process with an analogy to a bike’s tire.

“For us, instead of a bike tire expanding into air, we have something more like a tube that expands into an ever-stronger wall,” he said to the magazine. “If [reactors with competing designs] put too much in, eventually their confining tire will fail and burst—so to operate safely, they don’t go too close to that.”