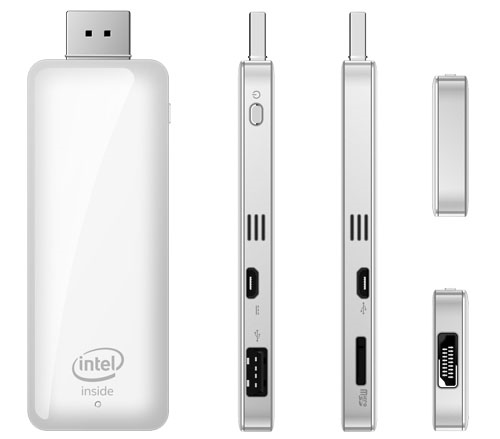 Google (NASDAQ: GOOG) started something of a trend with its Chromecast dongle, and many other vendors are trying to catch-up. But no-name OEM Shenzhen Apec Electronics appears to have taken the lead in the race to build the smallest and most powerful dongle-stick with its “APM-D01”.

According to the manufacturer, the dongle can run a variety of operating systems including Windows 8.1, Android, and the usual choice of Linux distros.

This device won’t be hitting store shelves anytime soon. It’s listed on Alibaba by an OEM, which means that the seller intends to sell it in bulk to a company which will rebrand and market it. Perhaps it will be marketed as an alternative to a Chromecast, or a cheap ultra-portable PC. The specs on the device would make it suitable for basic office tasks or streaming media.