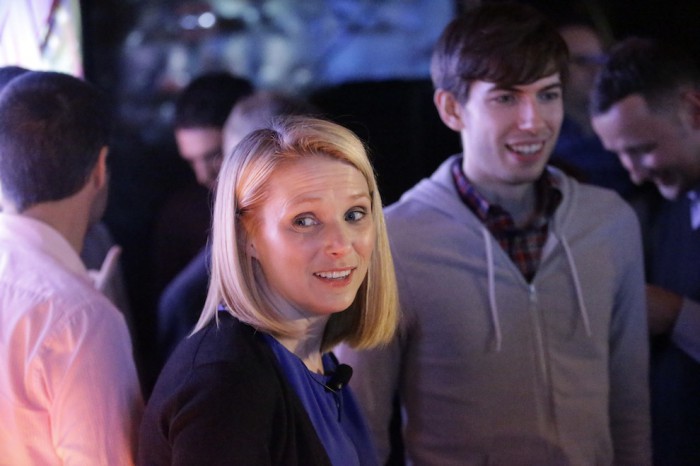 The cat is out of the bag. After previously declining to disclose income figures related to its startup acquisitions, Yahoo (NASDAQ:YHOO) has shared that it expects to earn $100 million in revenue from Tumblr starting 2015.

Yahoo recently released its Q3 2014 earnings report, in which the company exceeded analyst expectations for the quarter with an EPS of $0.52 compared to $0.33 forecast. However, this particular period has been marked by several one-off items, such as cash gains from the proceeds of sale of shares after the Alibaba IPO (NYSE:BABA), as well as share buy-backs, which resulted in a rise in Yahoo’s stock price.

Front-and-center at this time is Yahoo’s strategy moving forward, particularly with the availability of $12 billion cash and cash equivalent. While small-scale acquisitions have characterized CEO Marissa Mayer’s tenure so far, these were meant to bolster the company’s engineering talent. Activist investors have sought for either a breakup of the company into product-focused components, merger with another major Internet firm or a big product-oriented acquisition.

Tumblr had been one of these high-profile acquisitions by Yahoo, which snapped up the microblogging startup for $1 billion in mid 2013. That particular strategic move is paying off. In an earnings conference, Mayer says Tumblr’s audience has grown by 40% to 420 million users, which include active publishers and users who read microblogs. During this period, the number of registered blogs doubled to 206 million.

“We’ve come really far, really fast,” Mayer said during the call. She added that Tumblr will achieve “positive EBITDA” as of calendar year 2015, which may be considered a surprise by naysayers who believe that the Tumblr acquisition was a failure on Yahoo’s part. Specifically, Tumblr is expected to bring $100 million in revenues, largely helped by its growing audience and the introduction of new sponsored advertising formats. The company is, in fact, actively pitching its new ad formats to marketers, citing the effectiveness of media-rich content across the site’s younger user base, mostly made up of millennials.

Still, it may be concerning that Yahoo reported a decline in display ad revenue as of Q3 2014, which, at $447 million, was 5% lower compared to the same period the previous year. However, Mayer remains optimistic: she targets Yahoo’s native mobile ad business to earn $250 million, which may be an indicator that the company intends to use its resources to improve its ad platform with focus on mobile devices.

For Tumblr users, this is good news, as it means Yahoo intends to keep the platform going, in contrast with other apps and services it has scuttled after acquisition. But a piece of bad news: it will mean ads, ads and more ads.