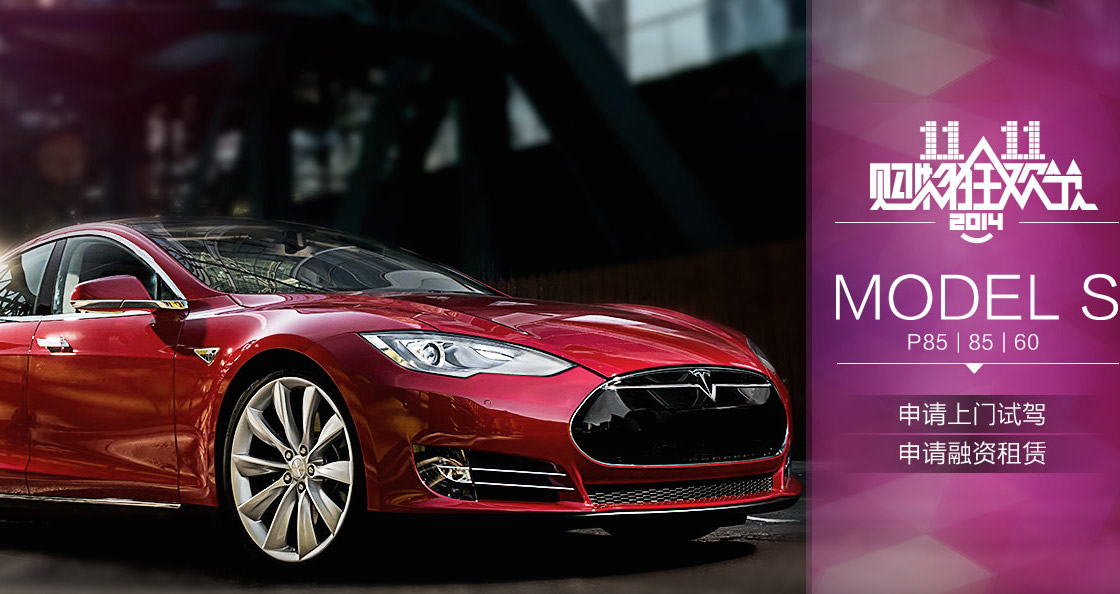 It is said that rising automotive sales is a sign of a booming economy, especially if it involves luxury and novelty cars. In China, Tesla has already made a foothold, launching online retail stores for 38 cities across the country. However, while Tesla has traditionally only sold its vehicles through its own website, it will start selling the Model S through Alibaba’s (NYSE:BABA) Tmall e-commerce service starting November 11th.

That particular date is called Singles Day in the country or “Guanggun Jie,” which celebrates singlehood. Businesses have joined in on the festivities, however, and with sales and promotions, Singles Day also marks a time for discounts and promotions.

Buyers can pay CNY 50,000 ($8,200) as reservation via tesla.tmall.com, after which the fund is held in escrow under the user’s Yuebao interest-bearing mutual fund account. The Model S starts at CNY 734,000 ($121,000) — significantly lower than comparable sports cars sold in China. Tesla says buyers can then pay the balance upon pick up, which can be in as short as five days. Dealerships in Beijing, Shanghai, Hangzhou, Chengdu, or Shenzhen, serve as pick up points.

Tesla’s Tmall online store also offers other items, like clothing, caps, mugs, toolboxes and blankets. It can be noted that the partnership between Tesla and Alibaba actually started in April this year, when Tesla started accepting payments through Alipay for Chinese buyers. Other automotive brands have also offered similar deals and arrangements through Tmall, including Volkswagen (OTCMKTS:VLKAY) and General Motors (NYSE:GM).

Tesla’s direct marketing and selling method has been in the news lately, with Michigan effectively blocking sales within its jurisdiction, citing the need to “ensure that all automotive manufacturers follow the same rules to operate in the State of Michigan.” As Michigan law will now require Tesla to sell through dealerships (if it wishes to), that will require significant investment, which will result in price increases for buyers in that state.