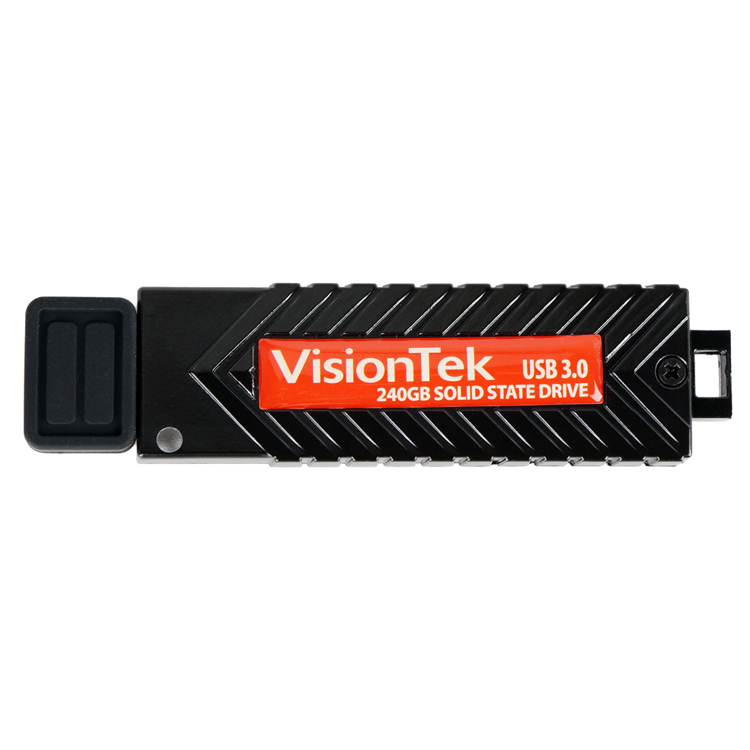 Visiontek released its brand new USB Pocket SSDs today in both 120GB and 240GB versions.  The drives utilize speedy USB 3.0 while delivering up to 455MB/s reads and 440MB/s, thanks to a high-performance LSI SandForce SSD controller.

Utilizing USB 3.0 the Visiontek USB Pocket SSD is compatible with both USB 3.0 and USB 2.0.  The drives are compatible with all OSes that support USB.  If using Bootcamp on a Mac it is able to run Windows directly from the drive without the need to partition the drive, making things even easier.  With up to 455MB/s reads and 440MB/s writes this portable option will be just as capable as an internal drive.  Additionally, this is able to be used like a large capacity portable USB Drive, making it possible to transport large files with ease. 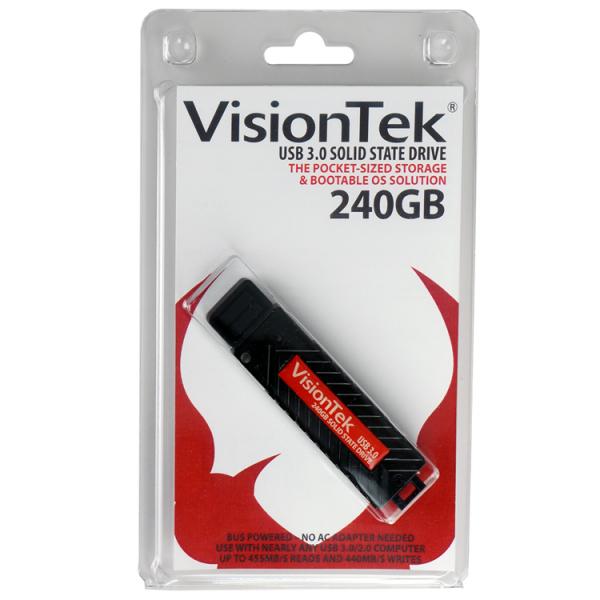 There are many uses that these drives could be used for, some of which are:

Built for rugged portability: No moving parts and an aluminum housing safeguards your data from drops and impacts.
SuperSpeed USB 3.0 performance: Up to 455MB/s reads and 440MB/s writes…up to 10x faster than USB 2.0!
UASP mode support: enables multiple simultaneous commands for faster and more efficient transfers as well as lowers CPU utilization.
DuraClass™ Technology: Ultra-efficient block management & wear leveling offers maximum drive and data reliability.
Bus powered: No need to carry a bulky power adapter…powers via computer.
Use with nearly any computer: Compatible with Windows, Mac, and Linux systems with a USB 3.0/2.0 interface.
Keychain grommet: allows the drive to easily attach to a set of house/car keys.
US Made & Supported: Designed and built in the US with the highest quality components and backed by free lifetime US-based Tek support.
TAA Compliant: Assures government contractors and government buyers this product is assembled in the U.S.A and is in compliance with the Trade Agreements Act. 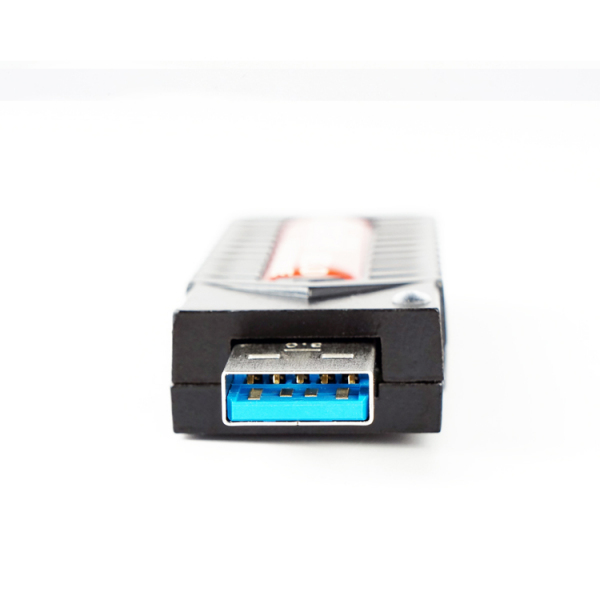 One use that a large drive like this is ideally used with is as a portable drive for using XBoot to load multiple live utilities and live Linux distros.  This would be very useful for those who spend a lot of time fixing computer problems as there are a lot live versions of utilities that can help fix problems.  If there are concerns about using public computers and security, booting a live Distro can be much safer.  Portable apps can also come in handy for those on the go, as you can take what you need to get work done with you.