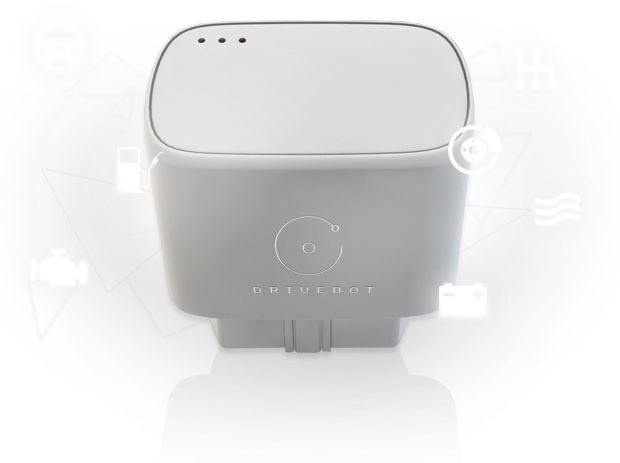 A Thai startup called Drivebot has launched an Indiegogo campaign to raise funds for its automotive diagnostic tool that interfaces directly with smartphones. Drivebot promises a stress-free driving and car maintenance experience, with smartphone alerts for engine problems, fuel efficiency tips and live monitoring from the car’s sensors.

For most people, driving just involves going from point A to point B, and not everyone is adept at actually looking under the hood to diagnose problems. Fortunately for motorists, virtually all new cars today come with On-Board Diagnostics (OBD-II), designed to output code to computers for monitoring and troubleshooting. Unfortunately, however, this requires a separate tool. This is why the “Check Engine Light” on the dashboard is called the “idiot light.” It shows there is an issue, but you don’t really know what it is.

In most cases, diagnostic tools only output a code that a trained mechanic will then have to interpret. Hence, even with cheap Bluetooth-enabled OBD tools that interface with smartphones, the best you can get are error codes or one-time reports. 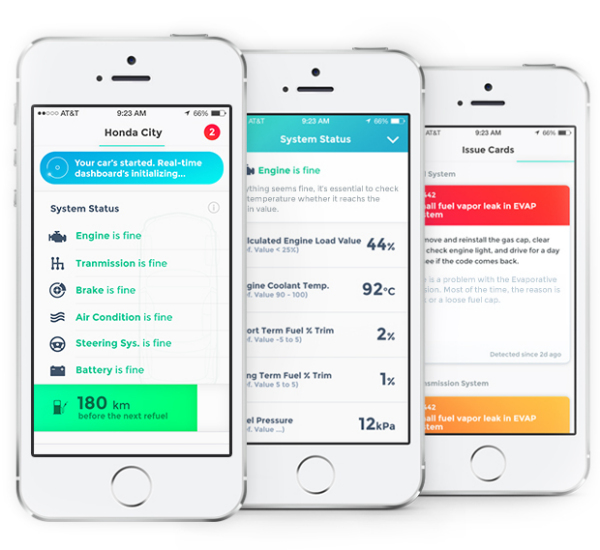 Drivebot is like “Fitbit for cars” — it shows live monitoring of statistics and diagnostics, to ensure worry-free driving.

Drivebot promises to change this through its plug-in dongle, compatible with OBD-capable cars (which means anything from the mid-1990s). Drivebot interfaces with iOS an Android smartphones and will provide live monitoring of the various components managed by OBD, including fuel consumption, engine compression, transmission, air conditioning, braking system, and more. Going beyond simply alerting users for problems as the happen, Drivebot will alert drivers for potential upcoming issues and for regular maintenance checks.

The app also analyzes the user’s driving habits and will give tips to improve fuel efficiency. According to the creators, it will even offer alternate routes to prevent fuel wastage during heavy traffic.

Drivebot has launched a crowdfunding campaign on Indiegogo earlier this week, targeting $35,000 to further develop the prototype and put the product out to market. $75 gets you a Drivebot dongle (the $60 early bird promo has run out), while $140 gets a two-pack. Interestingly, Drivebot’s campaign also makes way for entrepreneurs who wish to partner with the company, with a $1,300 “reseller” pack for 20 dongles. The startup plans to retail Drivebot for $150 apiece after the campaign.

As of writing, Drivebot has already received $14,819 or 42% of its goal with 36 days left. According to Atthaphong “Beam” Limsupanark, co-founder and CEO, the company already has a working prototype and is 80% into development of the iOS application. Drivebot was a finalist at the Echelon startup conference held in Thailand, and the startup was taken in by Dtac accelerator, run by the country’s second-largest telecoms provider. The team says it is also getting touch with garages and dealerships in Thailand, and is set to install 3,000 Drivebot dongles as part of these partnerships.

The team plans to begin mass production by November, with shipping targeted by February 2015. The iOS app will be launched by that time, followed by the Android app in March.