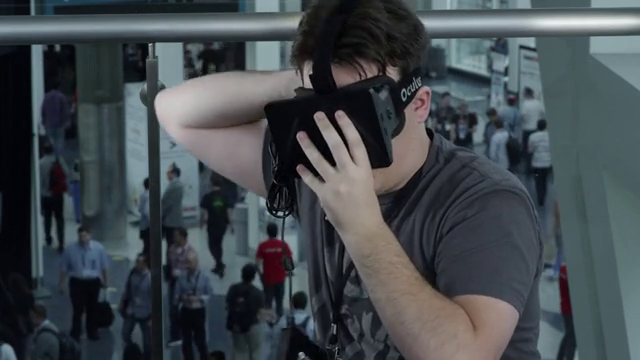 The Oculus Rift presents many possibilities in the realm of entertainment, and one particular interesting application is the transformation of static visual media, such as movies and shows, into dynamic, almost tangible environments. The concept might feel surreal, but if you’re curious as to what a 360-degree movie might look like this way, then wonder no further, because Zero Point is about to show us what it is all about.

Zero Point is the creation of Condition One, and is a 15-minute documentary that details various information about virtual reality, how it started, and how we came to the level of VR immersion that we have today. First announced last week, this documentary is advertised as the very first movie that would incorporate the free 3D VR elements of the Oculus Rift. That’s right, it means that you can fully explore and view the virtual world around you as the documentary goes on.

Completing the short documentary required a slightly different approach to standard filming. Aside from using a custom 360-degree VR camera to shoot the film, the documentary also used 3D sound techniques. The level of immersion allows the viewers of the documentary to feel the locations as if they are actually there.

In virtual reality, video games and simulations are one thing, but VR movies and shows are completely different, in the sense that it has a modified level of freedom (at least compared to what the previous two applications can offer). The viewing immersion is there, however it would conceptually feel as if someone is leading you, rather than you taking the steps yourself, which makes for a rather bizarre experience, something that we might just see in Zero Point.

Zero Point works on both Oculus Rift DK1 and DK2. The documentary is finally out now, and if you’re interested to catch the 360-degree movie viewing experience, you can head on right over to Steam. It is currently on sale for about $11.99 until November 3, and about $14.99 after the promo period.