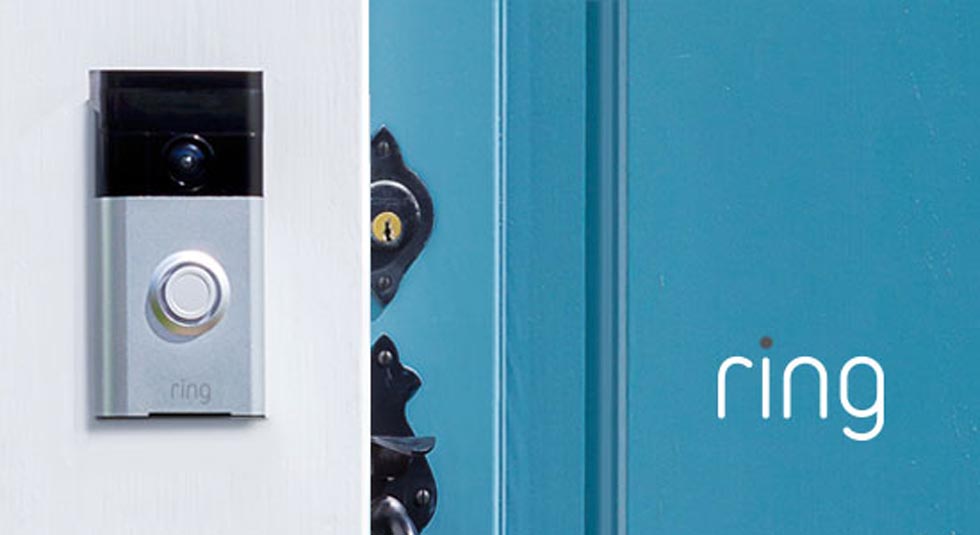 At Pepcom – San Francisco 2014 we met with the staff of Ring, a video doorbell company that offers home security in a unique way. 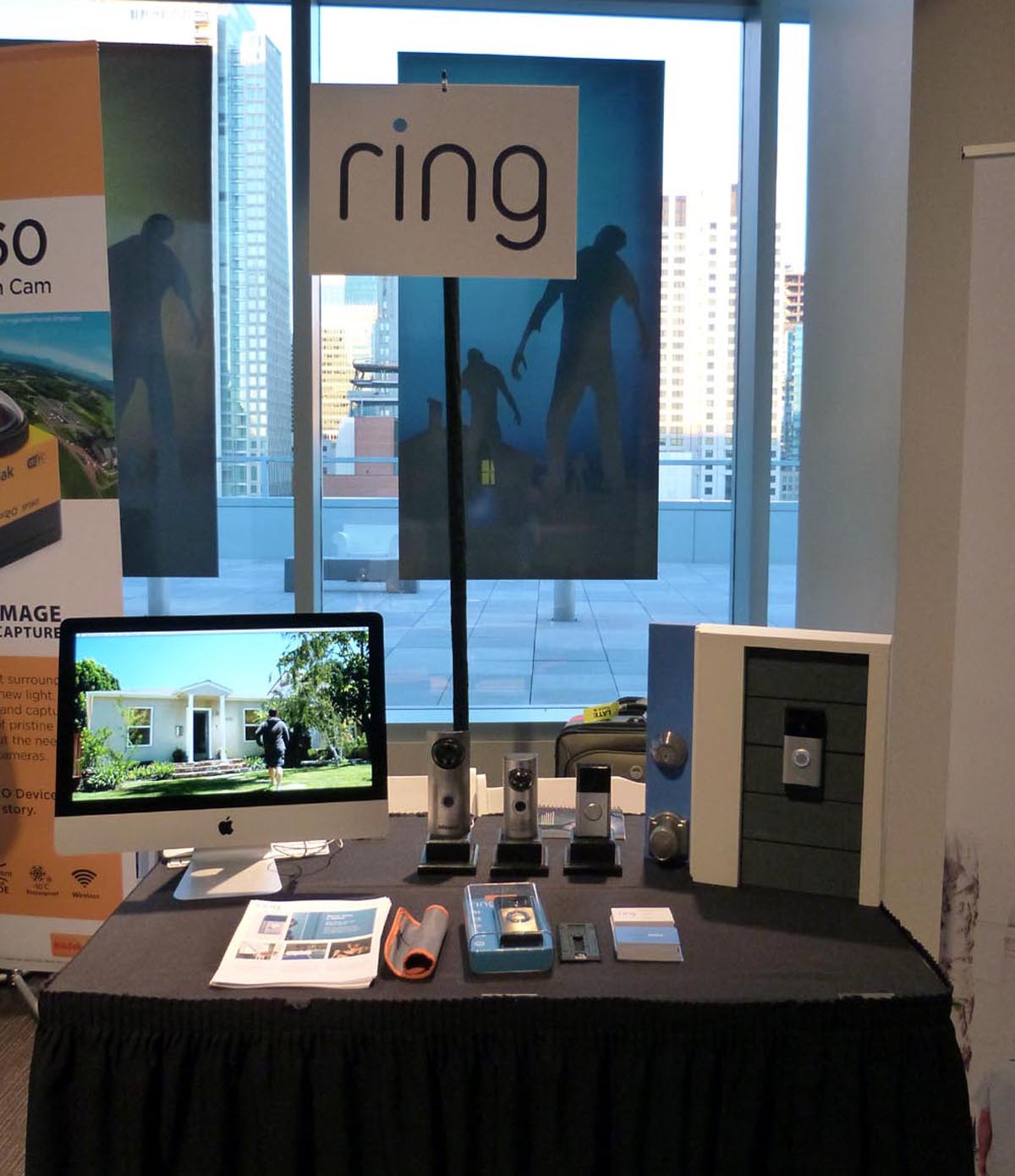 Originally known as Doorbot, they had a successful crowdfunding campaign raising $250,000 and created a first-generation product by fall 2013. Doorbot decided to change their name to Ring (a privately held company) and redesigned their hardware for the home security market. Ring’s brochure says they have wide angled HD video, smart motion detection, and cloud recording.

Ring founder and CEO Jamie Siminoff said to Techcrunch that Doorbot’s first-generation hardware had shortcomings and was a good learning experience. Siminoff said, “With the Ring doorbell, early on when we were designing it, we decided what we were really doing was designing the alarm system literally turned inside out. Not an alarm system that copied what ADT is doing, what Canary is doing, or even what Dropcam was doing with its window and door systems, but actually building some kind of pre-crime system.”

Lowe’s Big Box DIY (do it yourself) home improvement store recently did a study on Smart Home interest among 2,000 randomly chosen respondents. They found security was at the top of the list. 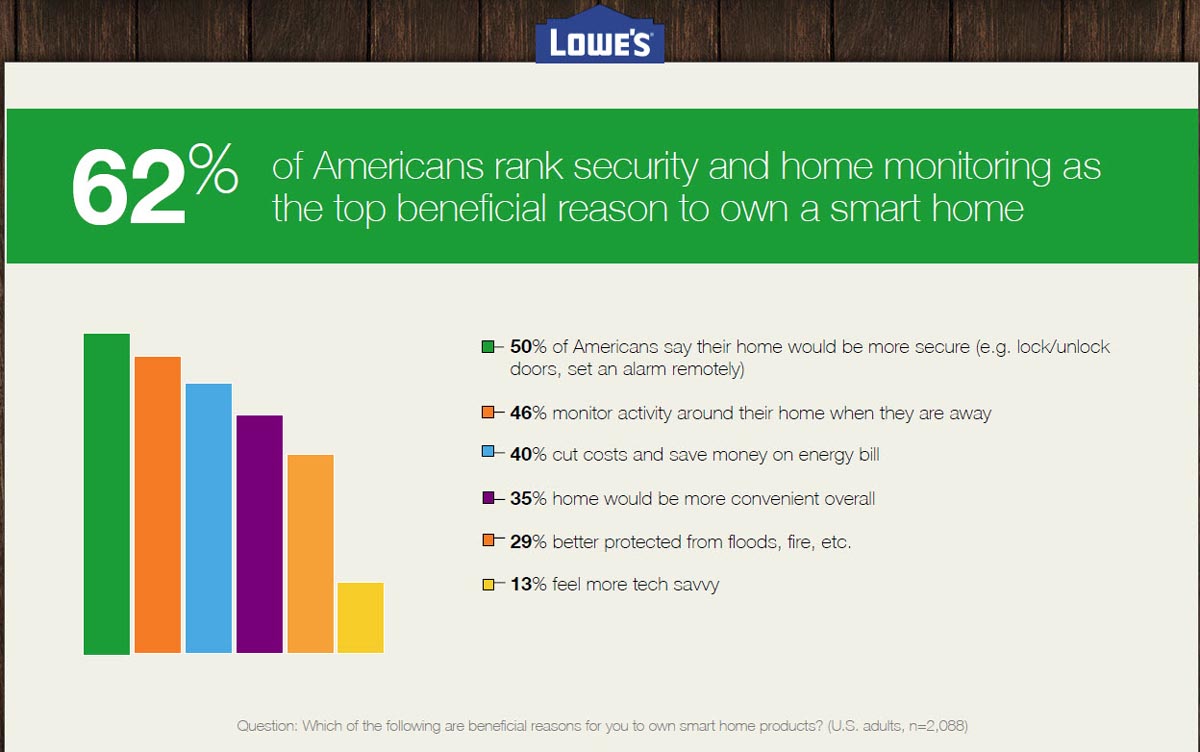 Next in their survey finding was fifty percent of respondents wanted a DIY solution and not paying a monthly fee to an alarm company. 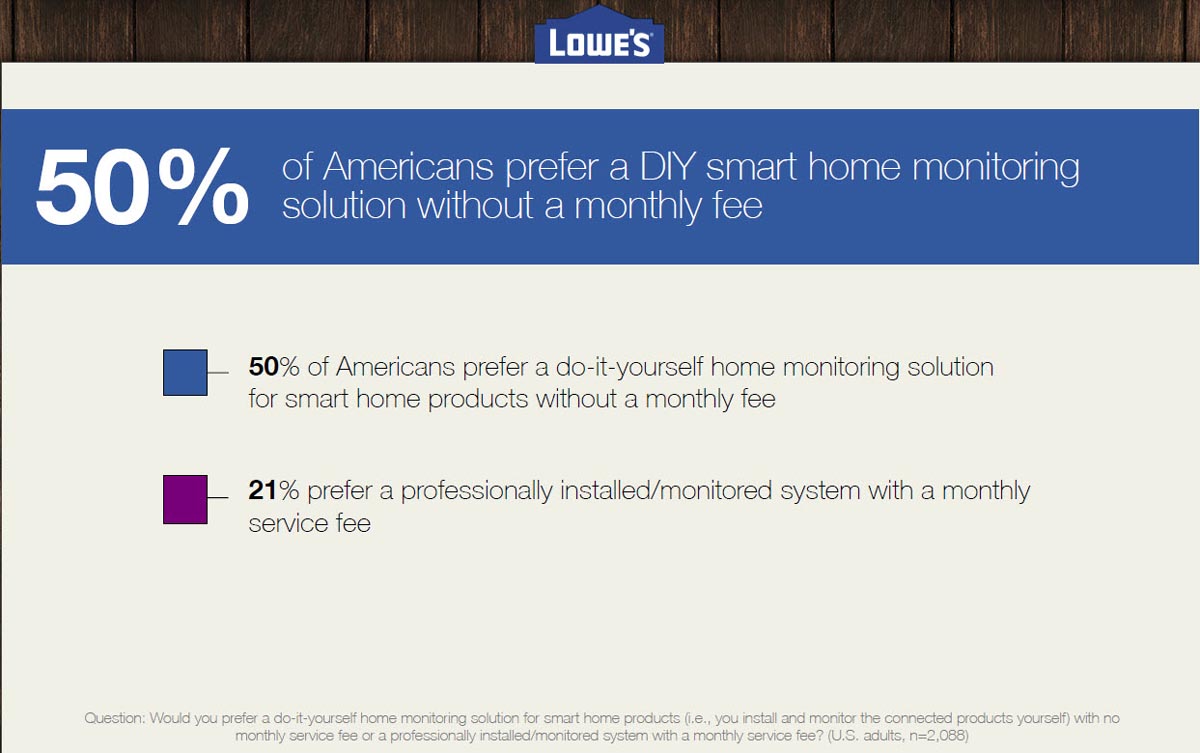 Thus Ring’s assumptions are right on target for what most home owners want – security- and that they want to install it themselves.

Ring’s motion detector sensor hardware and algorithms are able to detect both near and far movement, during day time or at night.

Ring alerts users to motion as soon as it’s detected

Often criminals ring the doorbell before they try to break into a house. When someone presses the Ring video doorbell, the user can have a near instant look at who is out there. With a smartphone and the Ring app you have two-way communication like a phone call and that makes it easier to talk with whoever is at the door. Wide-angle video is also recorded to the cloud in HD resolution. 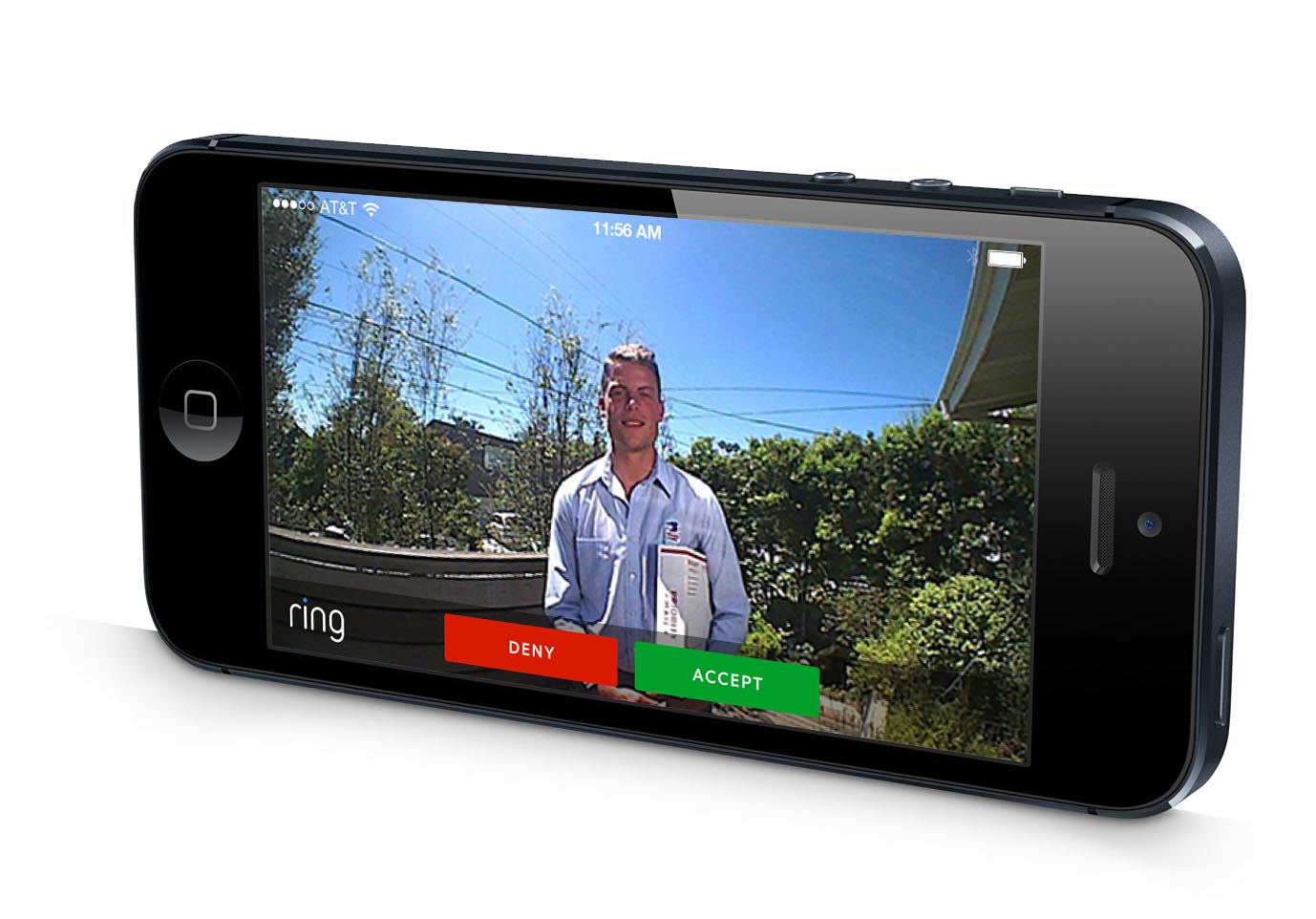 Who is that at the door?

Ring’s installation is a simple three steps:
1. Download the free Ring app (iOS and Android)
2. Connect the doorbell to your WiFi network (using the app)
3. Mount the doorbell

The unit specifications are below: 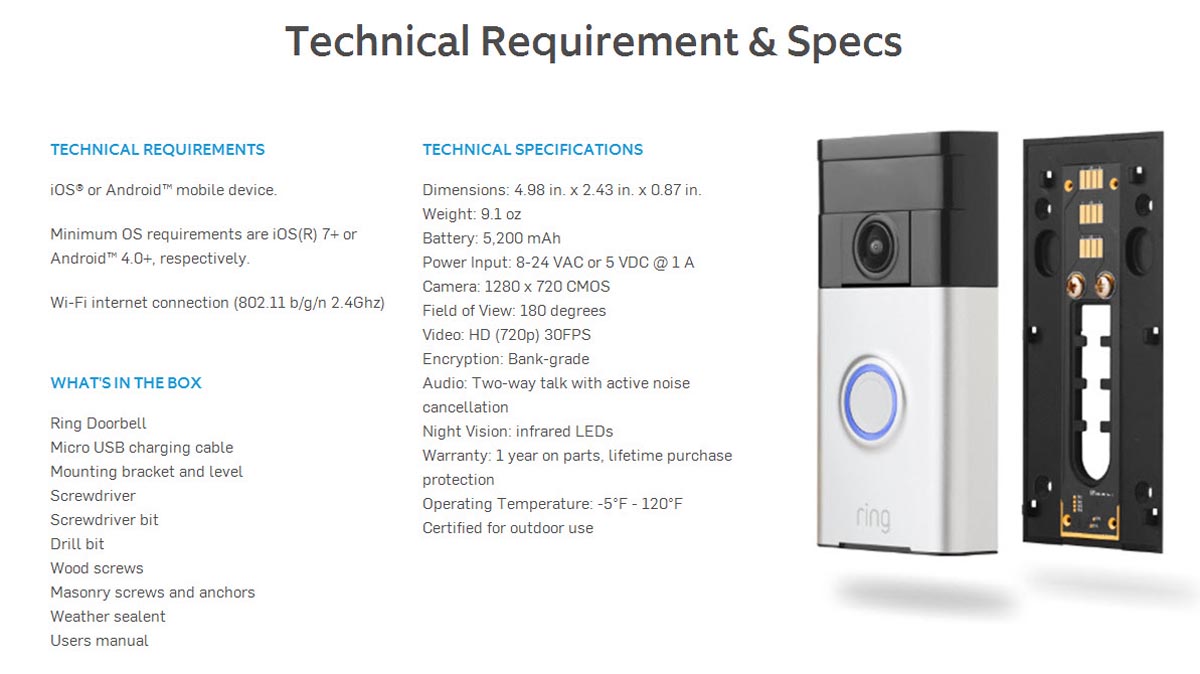 Ring’s Video Doorbell is priced at $249 and begins shipping this week. It comes in four different finishes, and free cloud-based video recording until January 1, 2015, at which time subscription options will be available. The device can record 720p video at 30fps, has infrared LEDs for nighttime recording and features a 5,200mAh rechargeable battery – The unit doesn’t require electric power, but you have to charge the battery – for sure before going on vacation.

BSN* has requested an evaluation unit for testing to confirm that it works as well as the demo we saw at Pepcom- SF 2014.